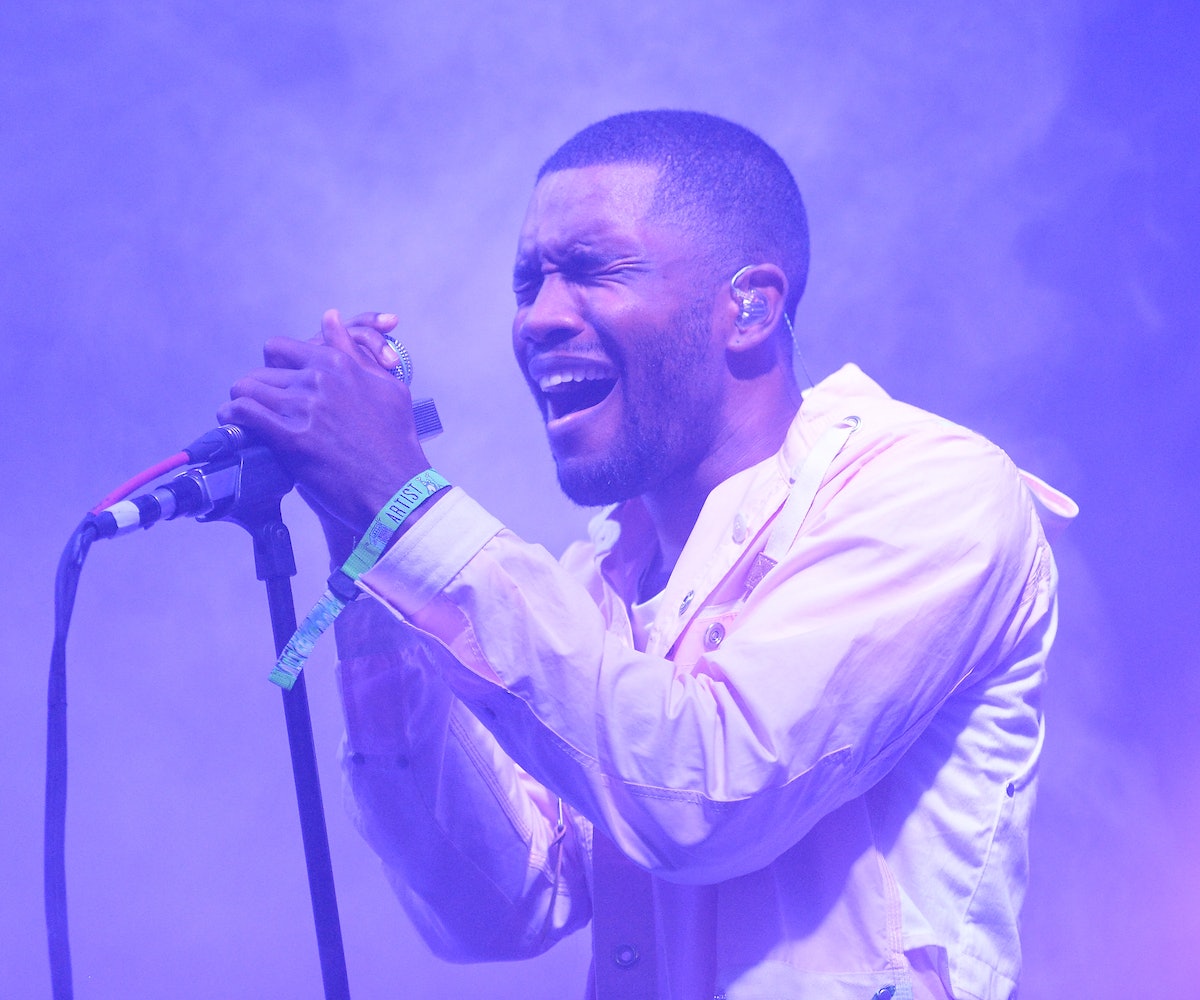 Frank Ocean fans have anxiously awaited his next album Boys Don't Cry, which was originally expected to drop last July. It's been almost five years since his debut studio album Channel Orange came out in 2012. The New York Times most recently reported that Ocean's sophomore album would be released August 5, through an exclusive deal with Apple Music. Fans have been checking Apple, wondering where the album is... but so far nothing has dropped and Ocean's remained silent. Apparently now the rumored release date is November 13 according to that old-fashioned library card Ocean posted on his website on July 2. He's giving us breadcrumbs here.

On August 1, Ocean posted a livestream to his website of him sawing wood in some pretty amazing outfits, including a Playboy bunny Christmas sweater. It's suspected, via someone on Twitter who apparently spoke with the artist that worked with Ocean—Francis Soriano according to a now-deleted Instagram—that he's building a staircase in the video. Well that staircase doesn't lead to the studio apparently because there's still no album. At this rate, Beyoncé will have made three more albums by the time Boys Don't Cry drops.

Naturally, a lot of fans are not happy about this. We've rounded up the best repsonses to Ocean's non-album release.

1. Everyone is tired of checking their watches.

2. Hilarious internet personality and professional messy b**** who lives for drama Joanne The Scammer decided to go ahead and create her own cover art for the album.

3. Some fans are losing interest at this point.

4. Is this legal though?

5. Everyone except you, Ocean.

6. We're extrememly disappointed in you.

7. When are you coming home with those cigarettes, dad?

8. Madder than Drake when you don't reply his texts right away.