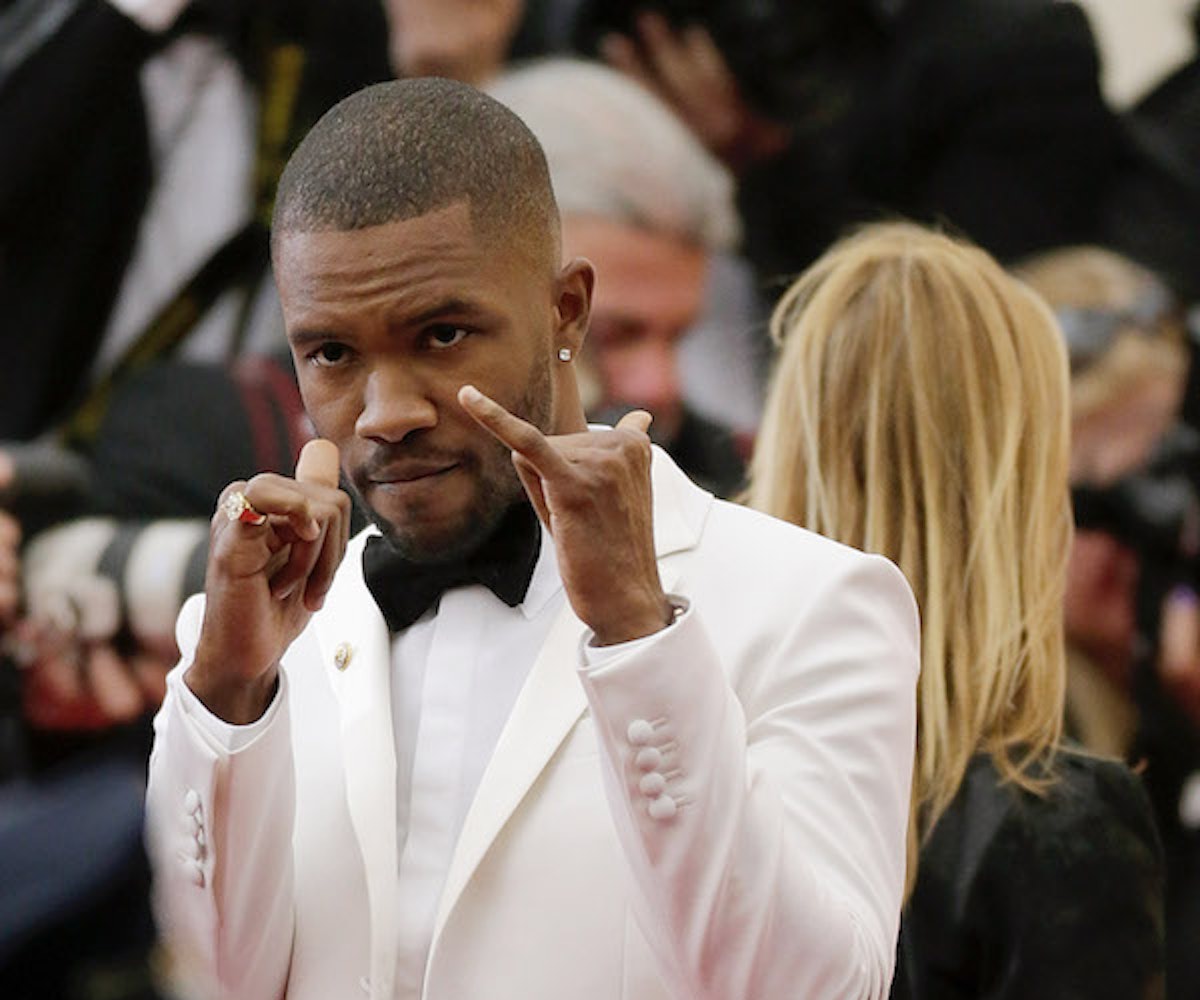 Back in October, it came to light that Frank Ocean intentionally withheld his albums Blonde and Endless from consideration by the Grammy Awards, though it wasn't clear as to why he made that decision. Last week, Grammy producers Ken Ehrlich and David Wild implied to Rolling Stone that the reason Ocean didn't participate is because his 2013 performance was "faulty" and "not great TV." Turns out the real reasons behind Ocean's abstention had nothing to do with an old performance and everything to do with the way awards shows treat people of color.

In a lengthy Tumblr post, Ocean shot back at Ehrlich and Wild for bringing up his very old performance of "Forrest Gump," saying, "Yeah yeah my 2013 performance at the Grammys was absolute shit. Technical difficulties, blah blah. Thanks for the reminder. Very much appreciated." He goes on to say that if that were the problem, he would've performed to "redeem" himself, and revealed that he did want to perform a tribute to Prince this year. However, once he thought it over, he realized that the best tribute to Prince would to not participate in a show that awards Taylor Swift's 1989 over Kendrick Lamar's To Pimp a Butterfly. He says, "I figured my best tribute to that man's legacy would be to continue to be myself out here and to be successful. Winning a TV award doesn't christen me successful. It took me some time to learn that... I am young, black, gifted, and independent... that's my tribute." He also implores Ehrlich and Wild to take a closer look at the show and what it really means in this day and age. Ocean says, "Believe the ones who'd rather watch select performances from your program on YouTube the day after because your show puts them to sleep. Use the old gramophone to actually listen bro, I'm one of the best alive. And if you're up for a discussion about the cultural bias and general nerve damage the show you produce suffers from then I'm all for it. Have a good night."

No word yet if Ehrlich and Wild are expected to survive from these sick burns. But in all seriousness, Ocean hits exactly on the problems behind award shows and how they continuously keep performers of color down. It looks like this year the Academy Awards made some modest attempts to be more inclusive and truly celebrate a wider range of actors and actresses. Maybe next year the Grammys will make even a modicum of effort, too.