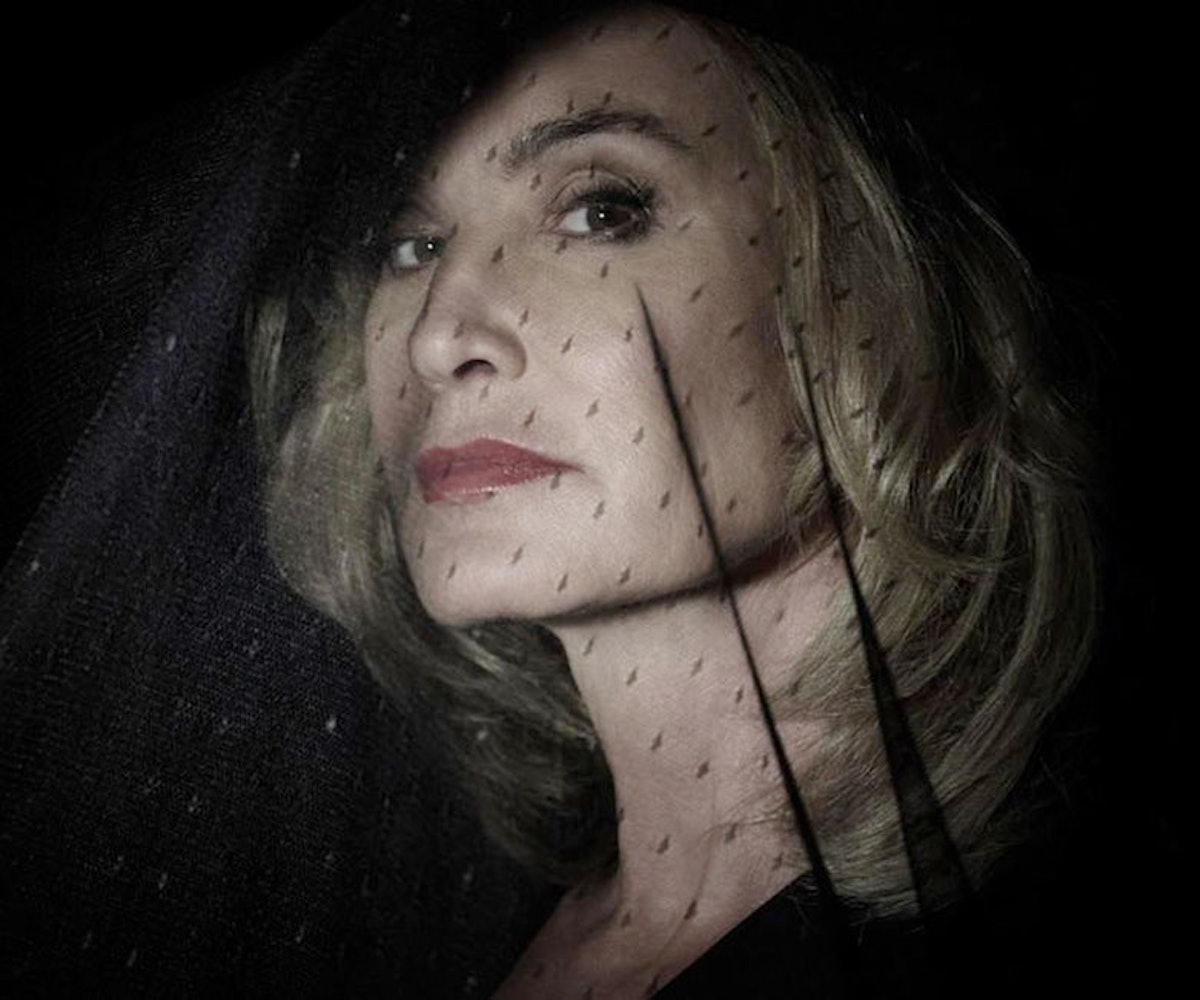 Like most avid fans of American Horror Story, I've come to expect a lot from the show, its cast, cinematographers, directors, and, of course, screenwriters. And with so much hype about the new season, Hotel, and all promises made (ahem, that great Lady Gaga and Naomi Campbell face-off), hopes are set high. We'll have to wait until Wednesday to see whether or not this season delivers, but in the meantime, let's take a dark trip down memory lane and relive the most jaw-dropping, goosebump-generating, nightmare-enducing moments from the show's history. Cue creepy theme song...

Question: Was there a single viewer out there that didn't get super creeped out by the title sequence? Answer: No. From the Blair Witch-type camera angles to the vintage photos and all the way to the jarred fetuses, it was apparent that AHS wouldn't be your typical fright anthology. And that score? Almost too good.

The Halloween episode, where we learned about Tate's past, was easily one of the most surprising and disturbing episodes of the season. It was incredibly controversial to feature a school shooting scene, especially when the perpetrator was a character we had all learned to love. Still, the bone-chilling scene was powerful. It also taught us that on AHS, first impressions aren't always set in stone.

So technically speaking, an entire episode isn't a "moment," but the season finale was essentially one long 52-minute gasp. Easily the most terrifying birth scene ever.

Even this GIF of Bloody Face does the trick. It's somehow scarier than the skin mask from Silence of the Lambs.

One thing that AHS really understands is that twisting familiar, typically lovable things completely elevates the chill factor. And Killer Santa Claus was easily one of the most creepy characters in this season—possibly because he seemed like he was straight out of the six-o'clock news.

Fun Fact: I fell asleep while watching this episode and woke up screaming "No!" over and over.

The only thing scarier than your first time? Killing your boyfriend in the process. This scene definitely brought Teeth to a whole new level.

Madame Delphine LaLaurie, a.k.a. the first recorded serial killer, was one twisted lady, to say the least. Just thinking about her attic—blood beauty regimine aside—is enough to send a shiver down your spine.

The vivid colors, the overcast sky, Myrtle's screams... there are just so many thigs that are incredibly eerie about this scene.

Killer clowns and grand blood splatters aside, it wasn't until the fourth episode that Freak Show saw a genuinely shocking moment. In his quest to take a freak, Edward Mordrake demanded that Elsa Mars showed him her backstory. It was filled with kink, subservient German officers, spiked toilet seats, and an amputation scene that left everyone squirming.

Dandy was never one to embrace life's subtleties, so it shouldn't have come as a surprise to find that he would slay his mother in a grandiose manner. But to take a bath in her blood? Well, that we weren't expecting.

NEXT UP
Fashion
The Best Denim Moments On The Street At Paris Fashion Week
Beauty
An Ode To BLACKPINK’s Coolest Manicures
Entertainment
'Welcome To Chippendales' Tells The Dark Story Of The Stripping Empire
Life
NYLON Newsletter: September 30, 2022