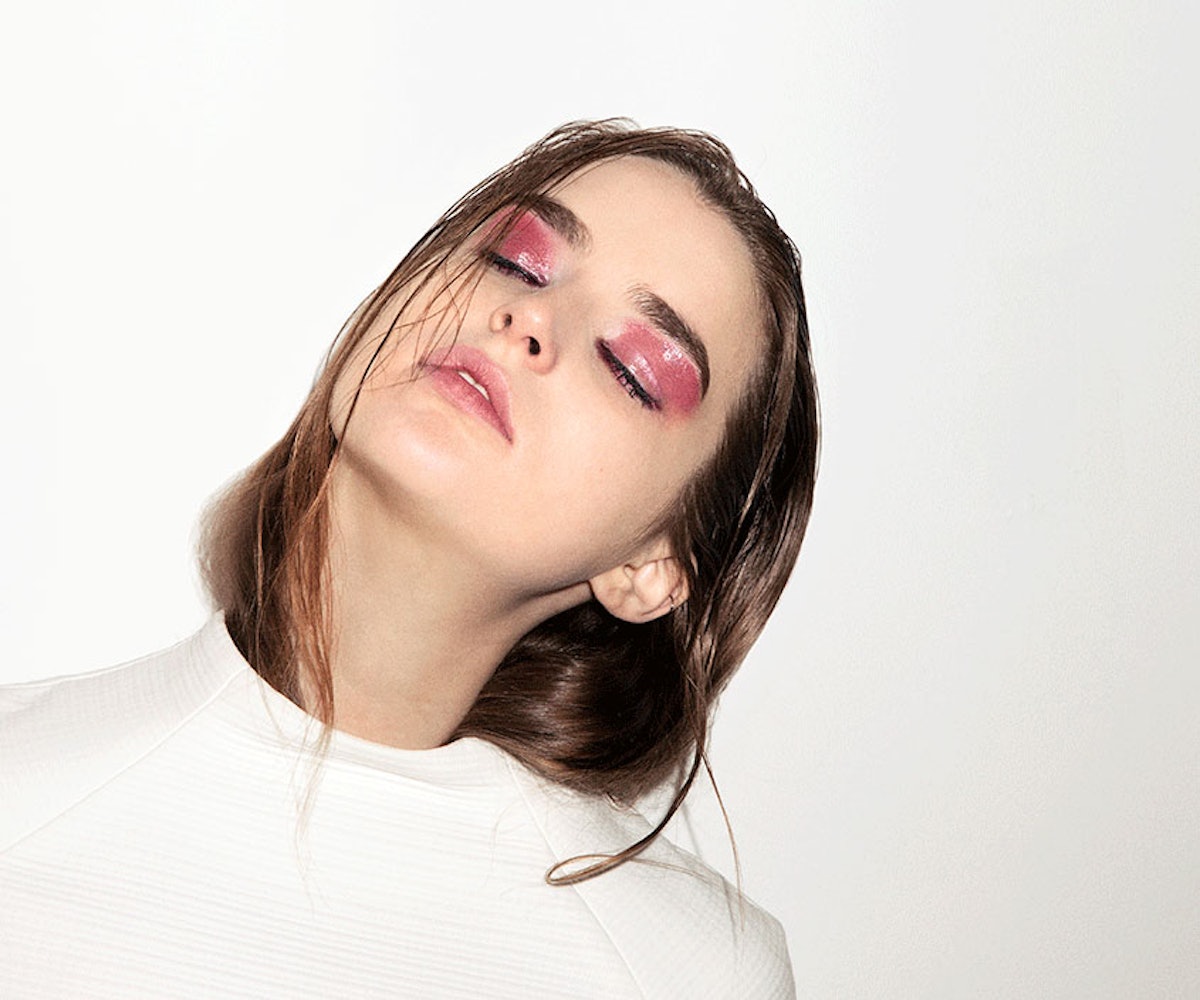 all photos by ben rayner

If you’ve ever been to Sing Sing Karaoke on St. Mark’s Place in New York City and encountered a bold-browed girl who’s perhaps a tad too familiar with the territory, you were probably in the presence of Ali Michael. “I actually keep a list of go-to songs and their corresponding codes in my wallet,” she says with pride. It’s a fittingly free-spirited pastime for the 24-year-old model, who’s known not only for her striking visage but also for her charmingly weird personality and don’t-give-a-damn attitude.

This outlook is something Michael has grown into. Born and raised in Texas, she had her sights set on equestrian athletics throughout her childhood. “At one point, I rode this tiny, super-short, fat pony named Dumpling,” she recalls with a laugh. “And I would whisper to him that we were going to be in the Olympics some day, which I’m pretty sure wasn’t at all possible. But I gave us both a lot of positive affirmation.” Michael only ended up landing in the fashion world when a friend’s mom convinced her to enter a model search competition in Dallas at age 15, which she won. After working locally for a while, she traveled to New York to sign with an agency, and upon graduation moved there to pursue a full-time career.

Michael arrived on the scene in a big way, but soon found herself in conflict with the industry after gaining a few pounds to reach a healthier body weight. It was then that she famously broke the silence about the pressure to be thin as a model, making herself an advocate for change. Ever since, Michael has approached modeling from a uniquely grounded standpoint, and has become a beacon of realness in a field that can be superficial and fickle. “In the beginning, I was very attached to it and associated my self-worth with it a bit too much,” she explains of her career. “But I took a couple of breaks, which, from the outside looking in, put everything into perspective. I realized that the job can be awesome if you don’t let it define you—you’ve just got to take advantage of it instead of it taking advantage of you.”

This kind of down-to-earth authenticity finds its way into everything Michael touches. Case in point, her awesomely bizarre Instagram account, which has more than 120K followers. Many models take their social media presence very seriously, posting a carefully curated selection of polished photographs. A random sampling of Michael’s recent pictures, however, turns up everything from toilets to scabby elbows to questionable airport chicken to an unbuttoned fly (her own, mind you). It’s all so genuinely uninhibited and unphony that you basically can’t help but love it—and if you don’t, whatever. “I post what I want without being too concerned about the consequences...which I’ve gotten in trouble for multiple times,” she says devilishly. “I’ve definitely been told that I’m self-sabotaging, and a lot of people, even work-wise, are put off by it. But I don’t care, because I’m only interested in working with people who can appreciate the unflattering stuff.”

One such person is Michael’s boyfriend, fellow model and photographer Marcel Castenmiller. “I had known of him, not actually known him. But I had a crush on him and started following him on a secret Instagram account that I use to follow people that it would be creepy to follow on my normal account,” she reveals. “Then we both ended up at the same event at the Bowery Hotel a little over a year ago and were immediately obsessed with each other.” This Internet-age meet-cute blossomed into a romance suited for a couple of young New York creatives, with the duo bringing their shared aesthetic to several joint projects. Castenmiller has been known to snap gauzy, lo-fi photos of Michael, often sporting her signature ’90s-era unkempt-cool style. “I like to keep it pretty basic and dark—not too flattering, and definitely never put together—like vintage jeans that probably look weird in the crotch,” she says of her sartorial trademark. The pair also just produced an issue of Spot Zine, a publication with rotating artistic contributors created by their friend Pete Voelker, which will be sold at Opening Ceremony. And they both recently appeared in CK One’s new steamy, retro-feeling campaign video.

Really, it all adds up to a true American saga of finding success by forging your own path. “I think just…,” Michael starts, before going silent for 10 strange seconds. “Umm, I just got so distracted because I see this girl I know walking across the street and she’s...limping?” she whispers. “OK, focus, Ali. I was just saying it all comes down to embracing being a human.” Amen to that.