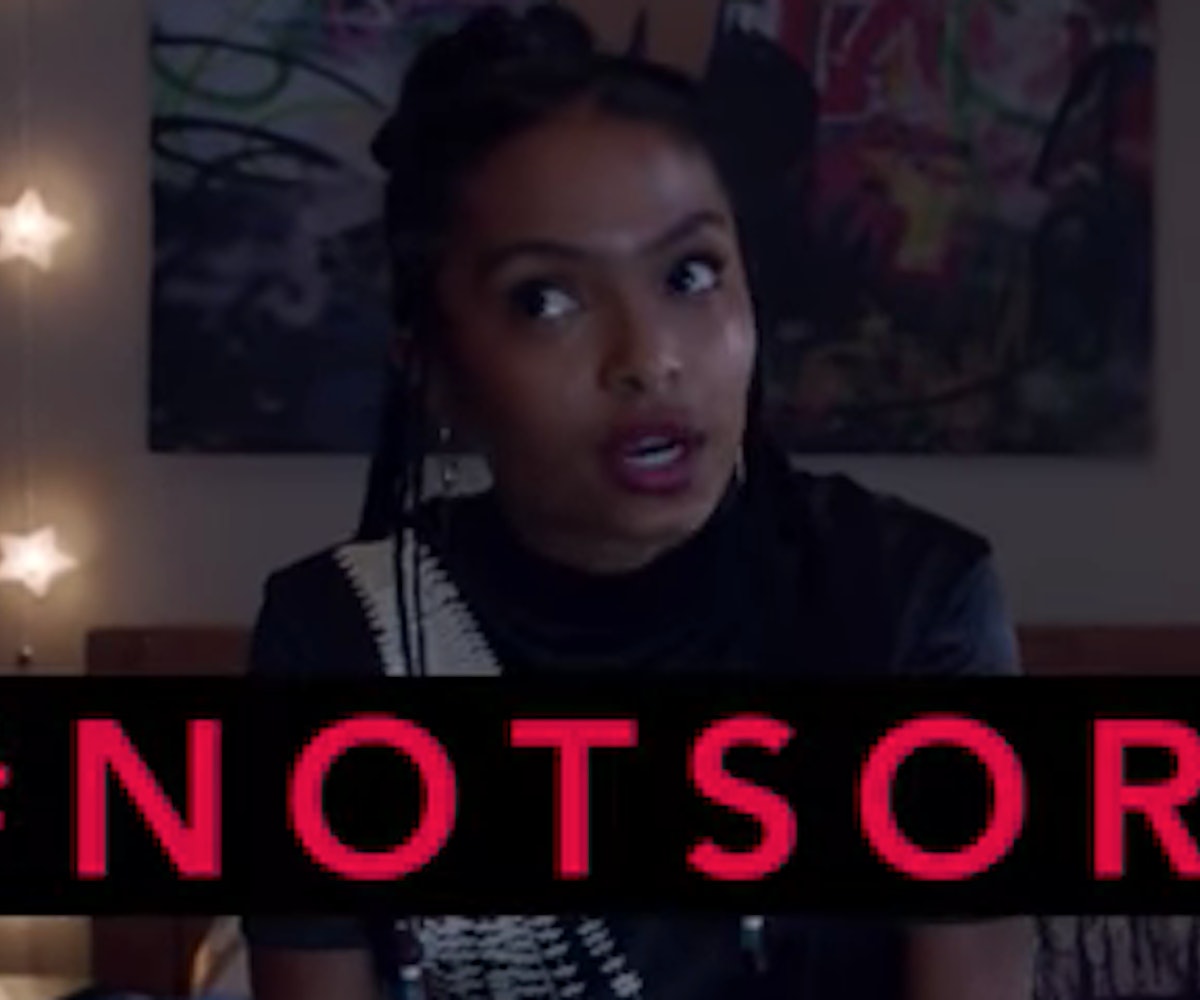 It's been proven that women apologize more than men—a phenomenon that some chalk up to being "socialized from an early age to focus on relationships and nurturing" and/or "a lower threshold for what constitutes offensive behavior,” per a 2010 study. So to celebrate International Women's Day, Freeform is bleeping every "sorry" uttered by a woman on all its platforms from 11am to 11pm EST.

For its #NotSorry campaign, the network—which serves as a home to shows like grown-ish, The Mindy Project, and The Bold Type—is also including a meter that tracks the number of bleeped "sorries" uttered throughout the day, according to The Hollywood Reporter. They say they expect the total to be around 50.

Additionally, Freeform is asking women what they're "not sorry" for.

That said, some have called the move a "clumsily executed lip service."

"Omitting the word from its characters—likely in many scenes in which the apology is actually warranted—isn’t going to close the gender wage gap, provide women with more promotional opportunities, and ensure a workplace environment that is free from sexual harassment," Slate's Jaime Dunaway wrote.

However, others are responding positively to the campaign, including one Twitter user who wrote, "I struggled while writing a script with a female protagonist because i kept writing sorry, even though she was an unapologetic character. Had to fight the instinct in my own mind."