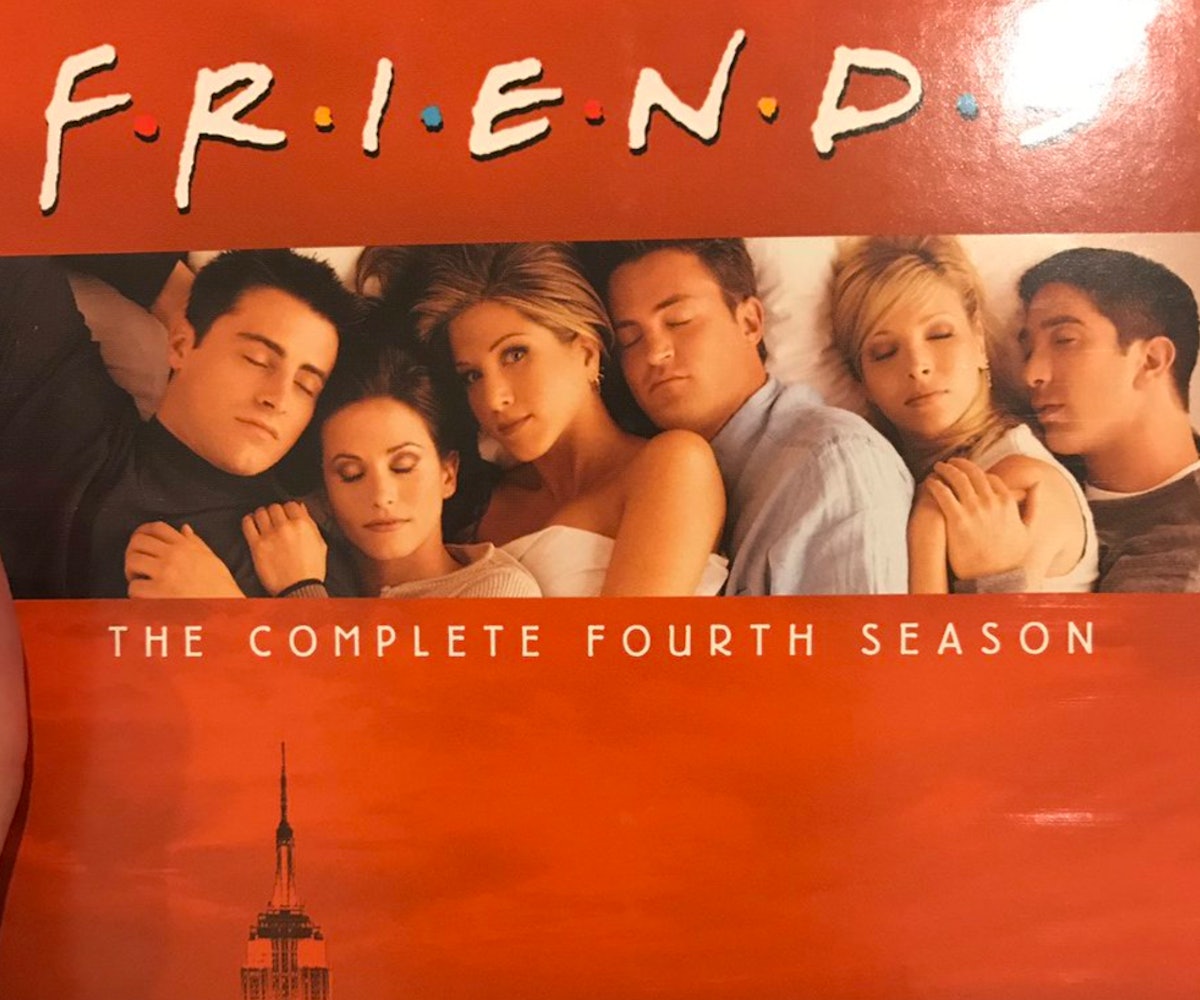 Friday morning, Twitter user @thetedfox noticed something unusual about the cover of the Friends season four box set. "Serious question," he wrote, "Why is Rachel the only one [eye emoji]? Theories needed #FriendsGate." On the cover art, Rachel, lying in a bed sandwiched in between the rest of the gang, is the only one with her eyes open while everyone else is asleep.

A ton of strange and wonderful theories started pouring in from the depths of the internet. People thought she might be awake because "Chandler is spooning her" or she "just realized she can’t afford that apartment.”

Some people made "woke" jokes saying the whole show was just an "elaborate allegory of social justice."

Others went real dark with it, suspecting that the cast was dead the entire series.

Then one user, @lovetherobot, blew everyone away by suggesting the entire show was just Rachel's dream. "Here's my theory," he wrote. "Rachel Green had a dream on the eve of her wedding day, she didn't want to marry Barry so she had a major anxiety dream. She created a fantasy in her mind and the five other friends as a way to escape her spoilt, trapped future life. And also the trauma of her getting married the next day. This cover is her partially waking up from that dream at 5am on the morning of her wedding day. The whole entire series was her anxiety dream."