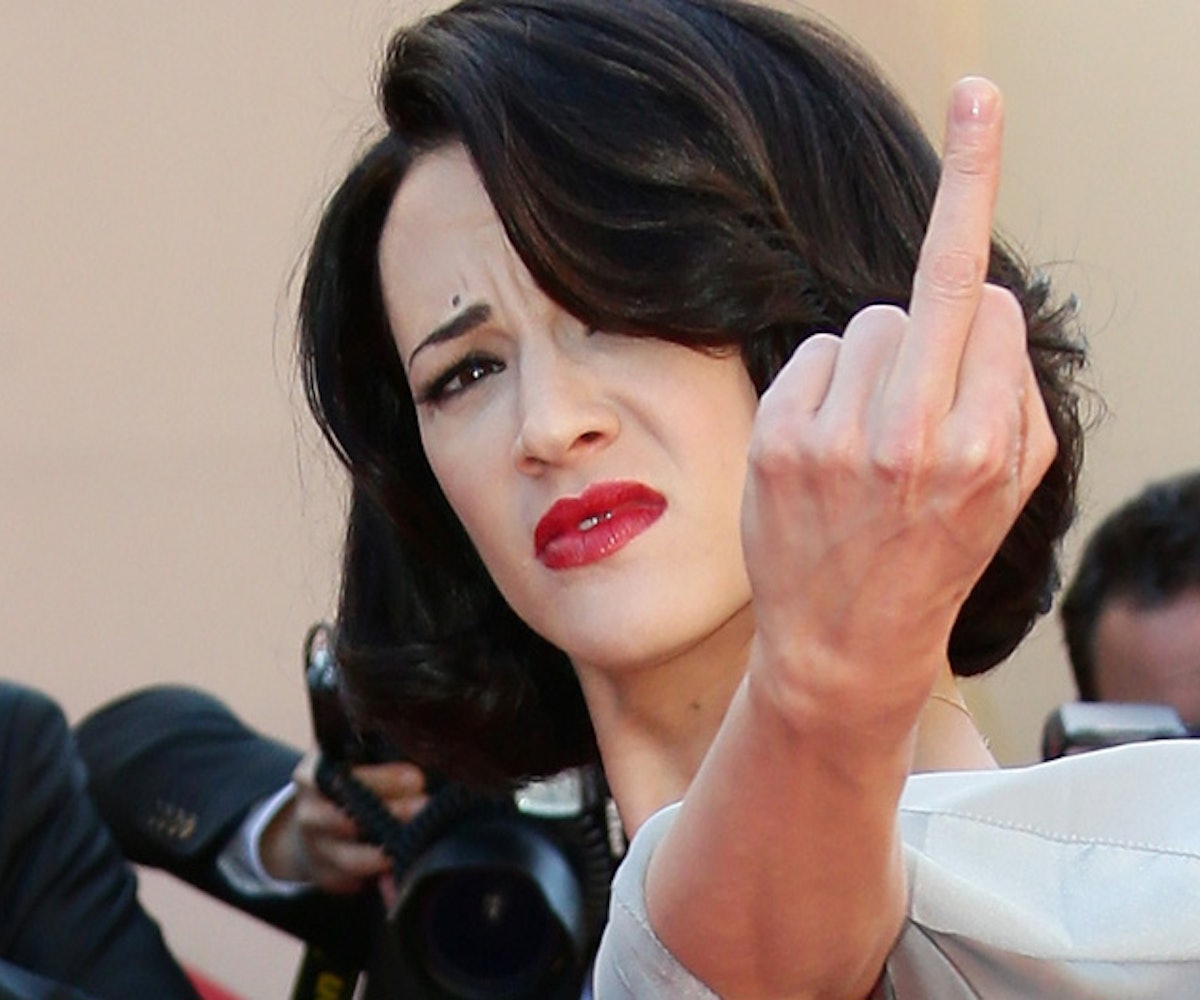 When asked what one’s favorite curse word is, most celebrities, according to Inside The Actor’s Studio, say it’s the F-word. (Julia Louis-Dreyfus says it's "divine.") For whatever reason, it’s one of the most versatile words out there. It packs that much more of a punch when paired with an adverb, too. But sometimes one doesn’t even need to utter the phrase “Fuck yeah” for one to know they’re feeling a “fuck yeah” kinda way. Some just throw their hands up and you know. Look at that photo of Nicole Kidman below, for instance. Pictures speak a thousand words and that one is yelling “Fuck yeah” one-thousand times. (Have you ever seen a celebrity look more free?)

Ahead, 11 more photos of celebrities loving their egos and not giving a you-know-what, because sometimes we need that kind of inspiration in our lives.

"Cannes this," Asia Argento thinks to herself.