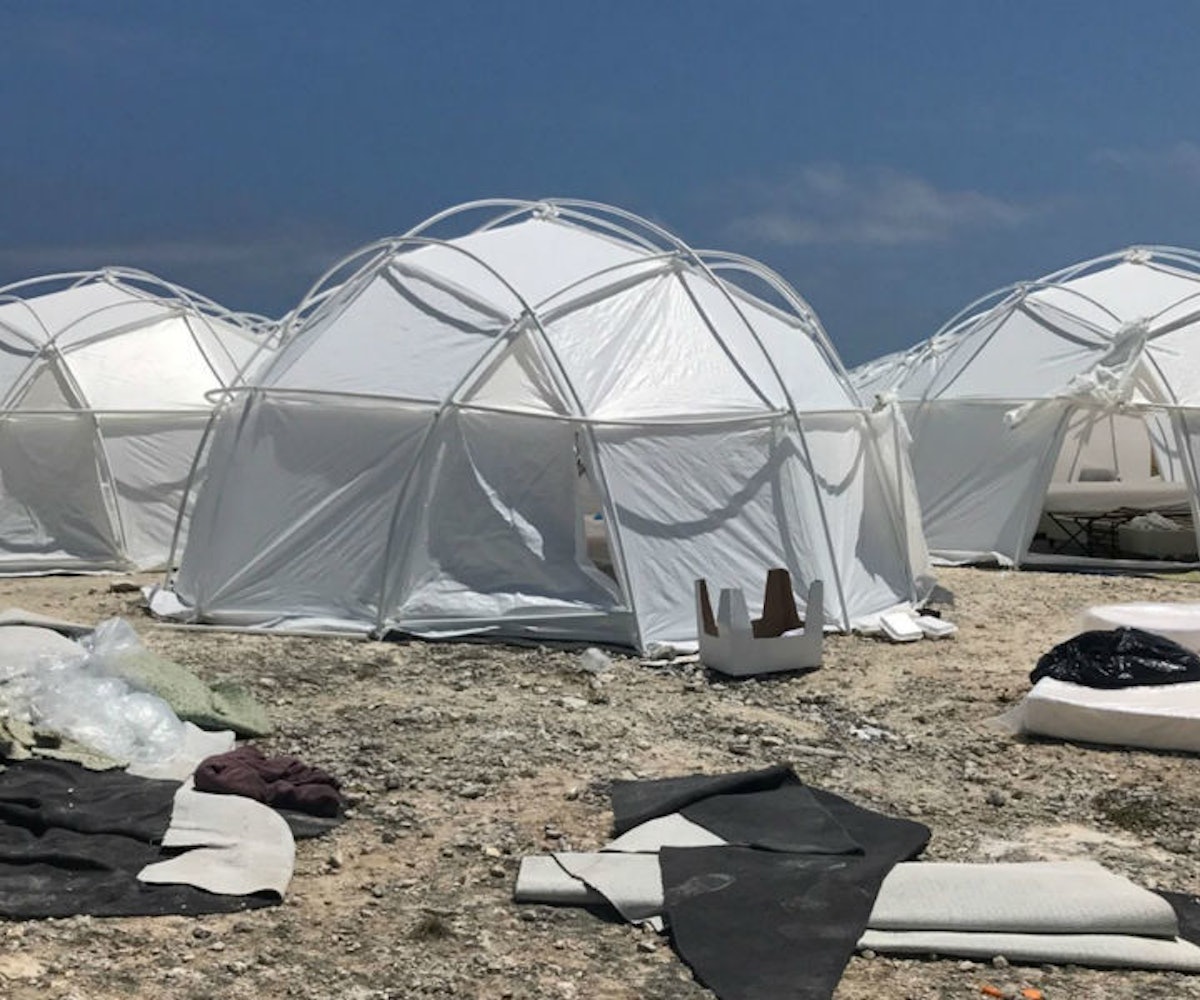 A documentary detailing the disaster that was Fyre Festival is now in the making.

To recap, a bunch of unsuspecting festival enthusiasts expected to attend a luxury musical experience in the Bahamas, after paying thousands of dollars, only to be greeted by bread-and-cheese meals, zero performers, and run-down tents. Now, Billboard, Mic, and The Cinemart are revisiting the ill-fated weekend through a docuseries.

According to Hollywood Reporter, the multi-part series will look at “what really happened behind the scenes” and will expose “what went wrong and who is to blame.” Well, we know partially who. Co-founder Billy McFarland pled guilty to fraud last month and faces as much as 40 years in prison. The series will conduct interviews with local Bahamians, stranded festival-goers, vendors, and investors.

We’re excited to find out how, exactly, everything ended up going to shit. But, more than that, we’re excited to tweet along with the rest of the world while watching. The original event was filled with a ton of meme-worthy content, we can’t wait to see what internet gold the reenactment will inspire.