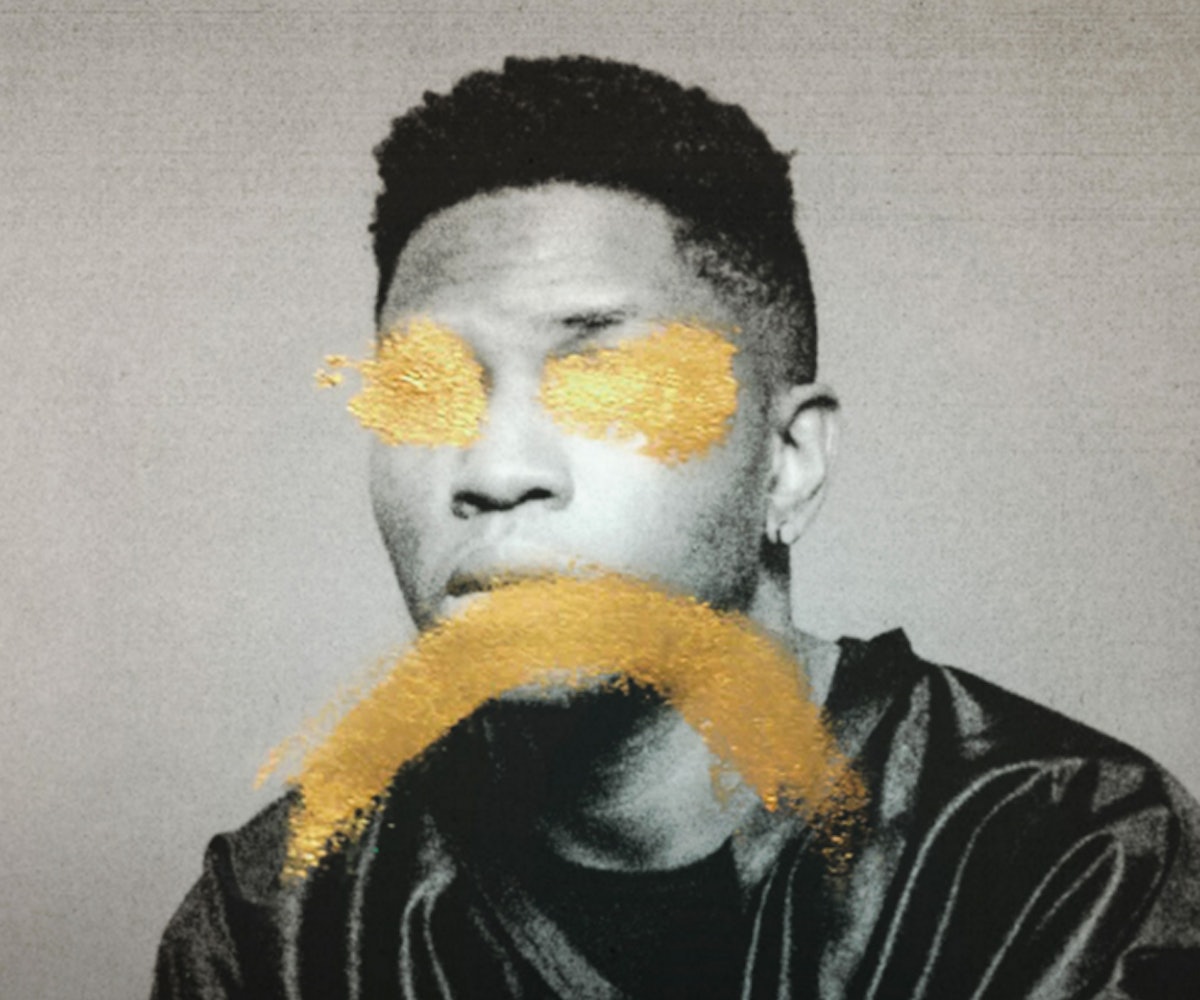 You may know him from collabs with Seal and Sufjan Stevens, but Gallant is so much more than his famous friends. The L.A.-based singer-songwriter just put out one of 2016’s finest R&B records with Ology, a debut album that feels like anything but. The album's effortless synthesis of classic genre tropes and progressive instrumentation exudes a maturity in a commercial landscape where juvenile seems to be the name of the game (case in point: Chris Brown’s bewilderingly popular scuzzball anthem “Back To Sleep”). As befits an R&B record that skirts the boundary between mainstream and underground, its buoyant melodies are underpinned by lush, complex lyricism. Gallant seems to be a fan of cosmic symbolism, but listeners will find a trove of diverse, idiosyncratic imagery on this literate and literary album. We caught up with its creator to discuss his career so far.

You studied music at NYU before you launched your career. How did you find it?

I kinda subverted that whole thing. It wasn’t a conservatory-style thing for me. I was spending more time with the sociological and anthropological aspects of it. It gave me context the same way African-American studies helped me see myself in the context of the universe.

What made you decide to move from New York to Los Angeles?

I didn’t vibe with the city anymore. It’s one thing to be in college because you’re wrapped around with a blanket that makes you comfortable. Once you lift that up, you see you’re really just living in this ant farm that someone designed for you to run around in. It’s not a fun experience, and it made me really suffocated and really claustrophobic. I felt really alone, ironically. L.A. was a discovery for me because I didn’t know you were allowed to live in a way that made you feel like a human being. It made sense, being from the suburbs and being used to looking out my window and seeing green. That makes me feel alive, and New York was sucking that life out of me.

At what point did you begin working on Ology?

The album art was weirdly the first thing that I was thinking about. Previously, the stuff I was releasing myself was very nostalgic: I was talking about a lot of regrets, black and white depressing stuff. For my next project, I wanted to move past nostalgia, so I used a current photo and the gold sad face, which represents the hopeless optimism at the core of my message. After that, the words kinda came and I just got inspired over a year and a half.

Your social feeds are covered in artistic, high-quality images. Are you a photographer yourself?

I’m not a photographer at all, but I like working with one person on something because all your walls get knocked down and you feel comfortable with them. That’s kind of what I did musically with the EP, and musically with this album, and I do the same thing with my photos. It’s like a mood board that I craft with one person who’s really skilled. I’m trying to come from a really honest, vulnerable place, and represent something that I actually love that pushes me further in understanding who I am.

Your lyrics on the album often employ cosmic or spiritual imagery. Is spirituality important to you?

It’s a definitely a motif when I’m speaking. It’s what I see when I close my eyes. Tied in with that is a lot of swampy, desert-type images. If I can put a hologram to some of the emotions I’m trying to dissect and the reactions I’m trying to figure out, it just looks like that.

You employ a lot of traditional R&B instrumentation on the record, but some moments, like the drum and bass breakdown on “Percogesic,” draw on very different musical styles.

It’s a very ground-up approach. Not everything feels as honest as it should be sometimes. One thing leads into something else and you have to move on. Sonically, it’s a total mishmash, an amalgamation of everything I’ve been inspired by. It’s weird talking about it because it’s not a conscious thing. You’re driven to do it, at that very moment, without thinking about it.

You made headlines earlier this year when you performed “Hotline Bling” onstage with Sufjan Stevens. How did that come about?

He actually invited me on tour with him, so we toured together in the fall. I was looking for a tour opportunity and his came in. It didn’t make sense on paper, but I’d been a fan of his work for three or four years. I heard “The Dress Looks Nice On You” and fell in love with that. Obviously, that came out over ten years ago and I had no idea, which is embarrassing. I thought he was brilliant and I couldn’t believe he’d entertain the idea of having me open for his tour. The “Hotline Bling” thing—he was doing a very emotionally charged set, and so was I, and he just wanted a break. It was great that we could connect in that way.

Making very personal music yourself, do you find that you need breaks like that in your own life?

On the one hand, I don’t talk a lot about my emotions and my feelings, but on the other hand, I watch cartoons all day and play video games. I’m a chill dude, so I guess the balance is already there inside myself.

You posted a picture of the Nintendo character Kirby with your gold sad face logo on Facebook. Are you a Super Smash Bros. fan?

Yeah, that’s my favorite game. I’ll destroy you. No competition.