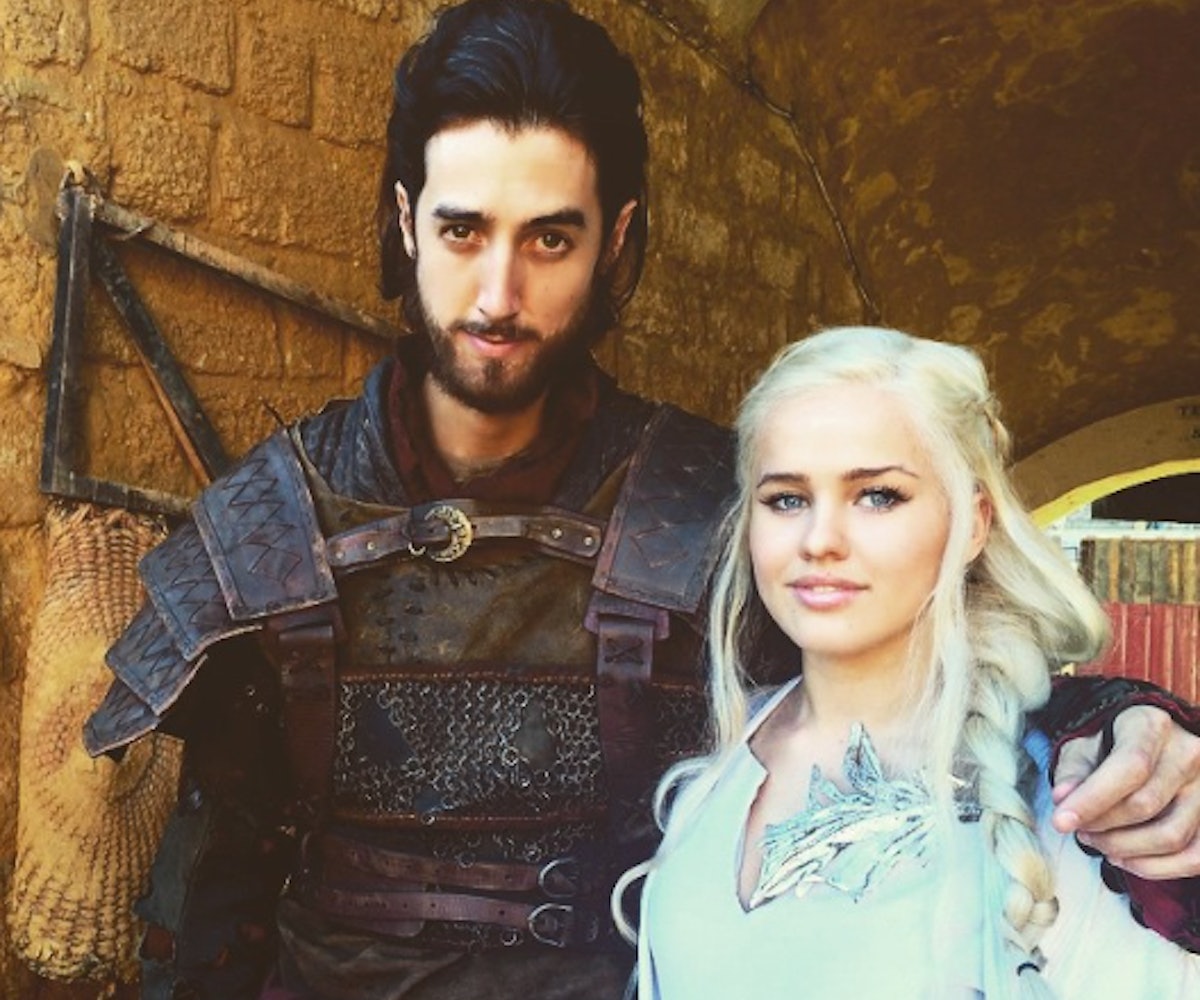 For Game of Thrones fans who have been hardcore riding the ship that is Daenerys Targaryen and Daario Naharis, this news may excite you. No, Emilia Clarke and Michiel Huisman are not dating—but their body doubles are. According to The Daily Mail, the two characters' body doubles, Ignacio Blanco and Rosie Mac, have taken their relationship off screen and into the real world. Although just looking at the couple's Instagram pages makes them seem absolutely inseparable, talks of their relationship were merely rumors...until now.

Blanco confirmed that the couple met on set and their romantic realtionship flourished from there. "Since then, we've become very close. Things just kept escalating," Blanco stated. "We are so committed to the show that we followed the steps of Michiel's and Emilia's characters."

(via The Daily Mail)