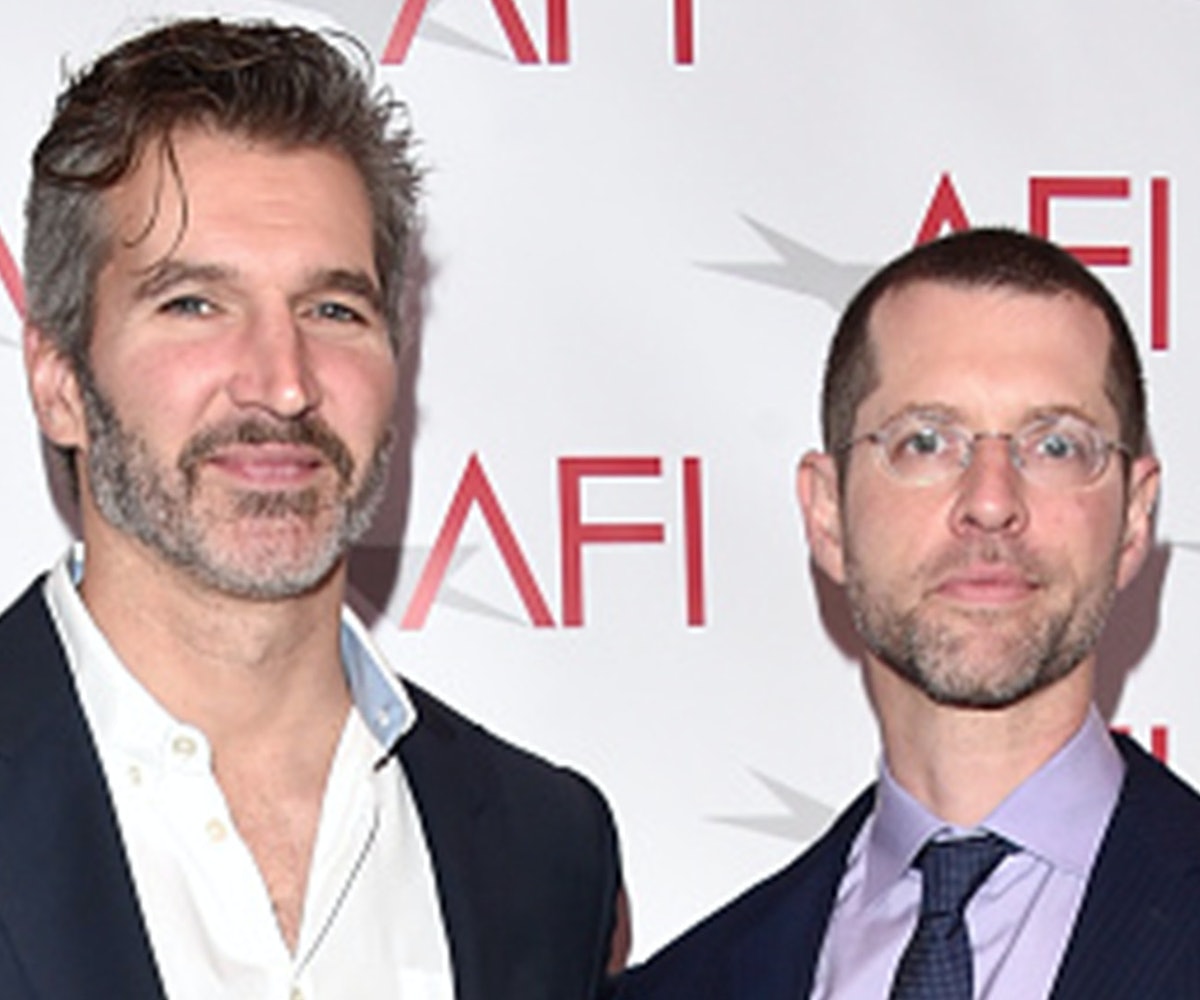 After Game of Thrones creators, David Benioff and D.B. Weiss, announced their new HBO show, Confederate, which takes place in an alternate timeline where slavery is a modern-day institution, a lot of people weren't happy. Do we really need another show that centers on the white experience, they asked? Another show that depicts black people as slaves and will likely be riddled with rape scenes? A lot of people said, "Nope."

"The ingenuity with which Hollywood keeps finding ways to center white people is truly impressive," BuzzFeed's Saeed Jones tweeted. "THE COMMITMENT! THE VISION!"

"Have you ever thought what life would be like if the South had won?" another person wrote. "*Looks at all the Confederate flags north of the Mason-Dixon* Naaah."

"Confederate, Man in the High Castle, whatever—alt histories where genocide wins are boring," someone else tweeted. "Genocide has already won, like, a lot."

Author Roxane Gay said that "it is exhausting to think of how many people at HBO said yes to letting two white men envision modern day slavery. And offensive."

While Benioff and Weiss are both white, they're working with husband-and-wife writer-producer duo, Nichelle Tramble and Malcolm Spellman. Spellman assured critics on Twitter that the show would not be about "whips and plantations." Both Tramble and Spellman have deleted their Twitter accounts since the press release for Confederate.

Now, the Game of Thrones creators are defending themselves and responding to the backlash in an interview with Vulture. "We all knew it was coming in one form or another," Benioff said when asked if he was anticipating this kind of reaction to the show's announcement. Apparently, in the early stages of developing the series, Spellman warned them: "You’re dealing with weapons-grade material here."

"For me and Nichelle, it’s deeply personal because we are the offspring of this history," Spellman said. "We deal with it directly, and have for our entire lives. We deal with it in Hollywood, we deal with it in the real world when we’re dealing with friends and family members. And I think Nichelle and I both felt a sense of urgency in trying to find a way to support a discussion that is percolating but isn’t happening enough. As people of color and minorities in general are starting to get a voice, I think there’s a duty to force this discussion."

When Benioff and Weiss initially sat down with Tramble and Spellman to discuss the show, Tramble joked, "This is going to be a black Game of Thrones spin-off!" she said. "This is gonna be awesome. And then [Benioff and Weiss] got into what the story was about, and I just remember being so excited — and absolutely terrified at the same time.... And immediately what the conversation turned into is how we could draw parallels between what has been described as America’s original sin to a present-day conversation."

Tramble explained that she understood some of the concerns about the show, but feels they're a bit premature. "I wish their concern had been reserved to the night of the premiere, on HBO, on a Sunday night, when they watched and then they made a decision after they watched an hour of television as to whether or not we succeeded in what we set out to do," she said. "The concern is real. But I think that the four of us are very thoughtful, very serious, and not flip about what we are getting into in any way."

A lot of people were particularly angry about Confederate not simply because it deals with race, but because it is helmed by two white men who created a very white show. When asked about that, Weiss said, "We were very hyper aware of the difference between a show with a fictional history and a fictional world, and a show that’s an alternate history of this world. We know that the elements in play in a show like Confederateare much more raw, much more real, and people come into them much more sensitive and more invested, than they do with a story about a place called Westeros, which none of them had ever heard of before they read the books or watched the show. We know they are different things, and they need to be dealt with in very, very different ways. And we plan, all of us I think, to approach Confederate  in a much different spirit, by necessity, than we would approach a show named Game of Thrones." Although, it still doesn't make sense why a completely fictional world would have to mirror the demographics of medieval England to a T.

Concerns with the show also stem from the fear that it will turn into an alt-right fantasy. "What people need to recognize is, and it makes me really want to get into the show: The shit is alive and real today," Spellman said. "I think people have got to stop pretending that slavery was something that happened and went away. The shit is affecting people in the present day. And it’s easy for folks to hide from it, because sometimes you’re not able to map it out, especially with how insidious racism has become. But everyone knows that with Trump coming into power, a bunch of shit that had always been there got resurfaced. So the idea that this would be pornography goes back to people imagining whips and plantations. What they need to be imagining is how fucked up things are today, and a story that allows us to now dramatize it in a more tangible matter."

The showrunners would like everyone to give the show a chance before judging it. "We might fuck it up," Benioff said. "But we haven’t yet."