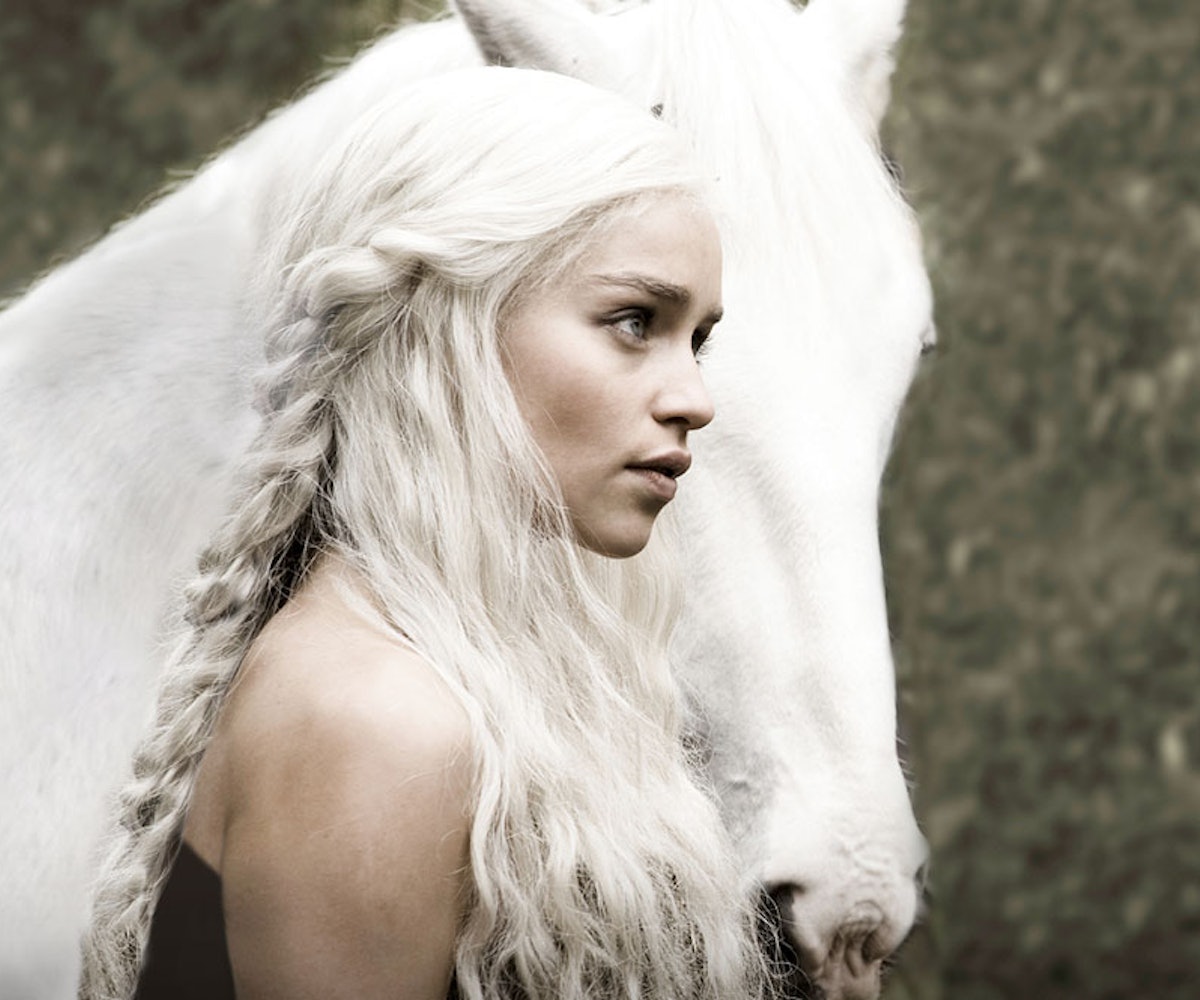 There are many reasons why Game of Thrones is one of the most popular shows on TV. The intricate world-building, the heart-stopping action set in breathtaking locations, and the masterful storytelling all help make HBO's fantasy saga the most obsessed-over show—that and the fact that it's chock-full of complete babes. Going into the show's fifth season premiere on April 15, here are our ten favorite.

Daenerys Targaryen: This is a little known fact, but Beyoncé actually wrote “Flawless” about the Mother of Dragons. True story.

The Red Woman: Melisandre, as she’s known to friends and fam, takes the whole “putting men under a spell” thing to a whole new level.

Tyrion Lannister: He may not get any love from his own flesh and blood, but Tyrion, with his joie de vivre and dashing intellect, has had our heart from episode one. And now that he’s grown a lush beard for season five, he can have our soul too.

Podrick Payne: In a world saturated with greed and suffering, Podrick’s wide-eyed innocence and loyalty to his master, Tyrion, made him Westeros’ sweetest character—the kind you want to bring home to mom. Then he had his legendary encounter with three prostitutes, and, well, color us intrigued.

Jaime and Cersei Lannister: There’s perhaps no guiltier pleasure than seeing these two siblings get carnal with one another. It’s so, so wrong but they’re just so, so beautiful.

Ellaria Sand: This beauty from Braavos didn’t arrive in Westeros until last season, and when she finally did, it was only to see her husband’s head explode, which is pretty much our reaction whenever she appears onscreen.

Jon Snow: If only this bastard knew that in another time and place there was this thing called the internet, and it was obsessed with him.

Grey Worm: Towards the end of season four, it was revealed that despite his castration at a young age, the leader of the Unsullied might have some libido left which confuses us as much as it thrills us.

Ser Jorah Mormont: Poor, poor Jorah Mormont. Not only is the hottest dad in Westeros in love with the one woman he can't have, but at the end of last season she kicked him out of her entourage. That left him heartbroken, wandering the desert alone, and looking really good while doing it.

Brienne of Tarth: This mega-babely knight-for-hire can be our sworn body guard any day. Seriously, whenever. We're ready. Also, this.