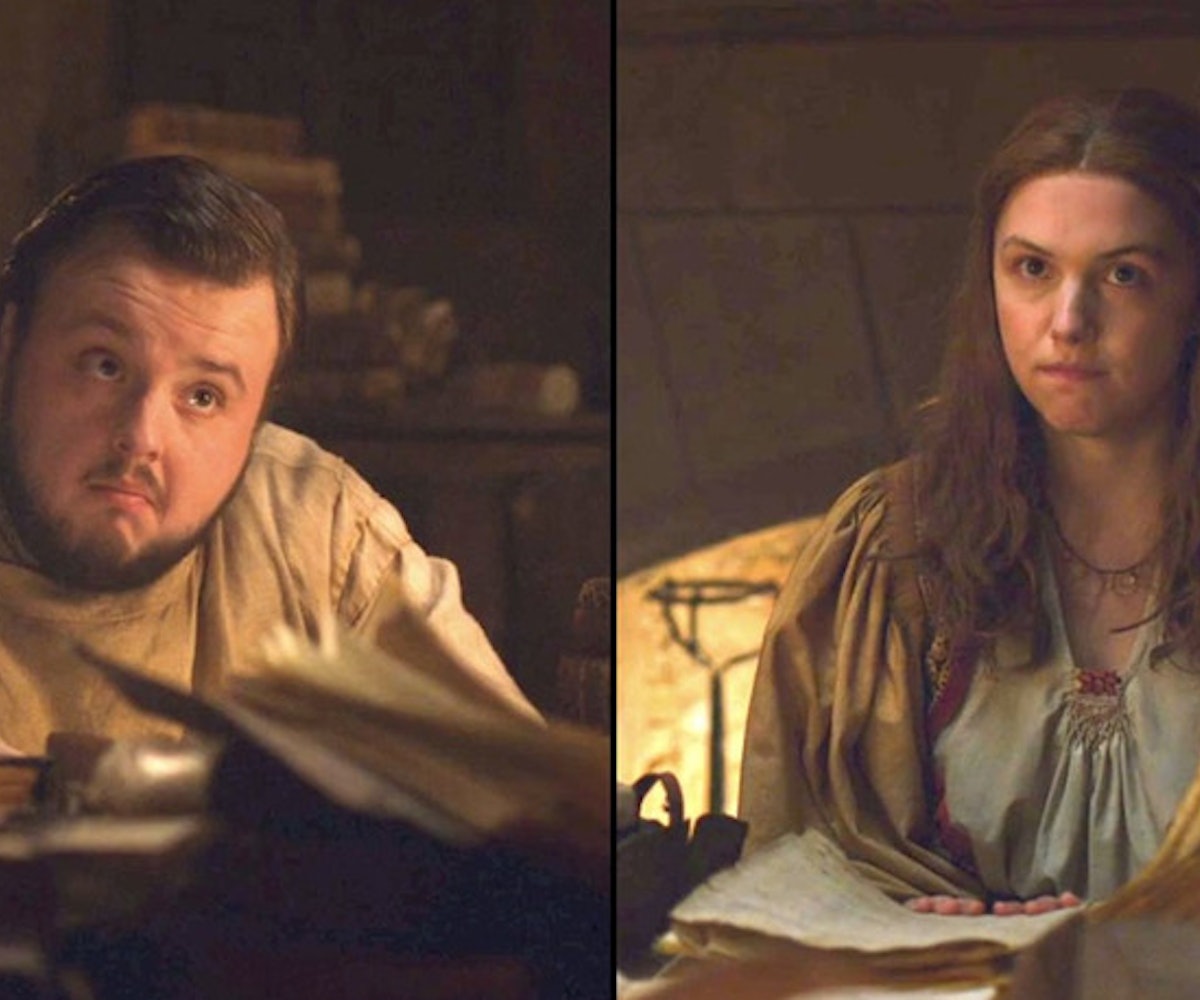 If you weren't paying very close attention during last night's episode of Game of Thrones, you could have missed one of the biggest reveals in the show's history. Gilly was practicing her reading with a book of records by the High Septon Maynard in Samwell Tarly's library when she asked, "What's an annulment?" She then mentioned Prince "Ragger," who got an annulment in Dorne to marry another woman. In that moment, Sam interrupts her to complain about work, and Gilly is all of us.

Despite Sam completely dismissing Gilly, a lot of fans picked up on what this could mean for the world of Westeros. While we've never heard of a "Prince Ragger" before, it's likely Prince Rhaegar Targaryen, Jon Snow's true father, who we can assume secretly married Jon's mother, Lyanna Stark. However, Gilly's revelation tells us that Jon was conceived under binding martial oaths, meaning he's the rightful heir to the Iron Throne. He's now got a better shot at claiming it than Daenerys Targaryen, Rhaegar's younger sister, and, now we know, Jon's aunt.

While everyone watching the show was freaking out, none of the characters ever put the pieces together. Sam was way too wrapped up in his work drama to care.

This is why you never interrupt a woman.

NEXT UP
Beauty
Dua Lipa’s ’90s Updo Is Hair Inspo For Your Next Night Out
Nylon Nights
Latto Gets Ready for Spotify’s Best New Artist Grammys Party
Astrology
February 2023’s Full Snow Moon in Leo Embraces The Real You
Entertainment
Harry Styles Is Performing At The 2023 Grammys
Style + Culture, delivered straight to your inbox.