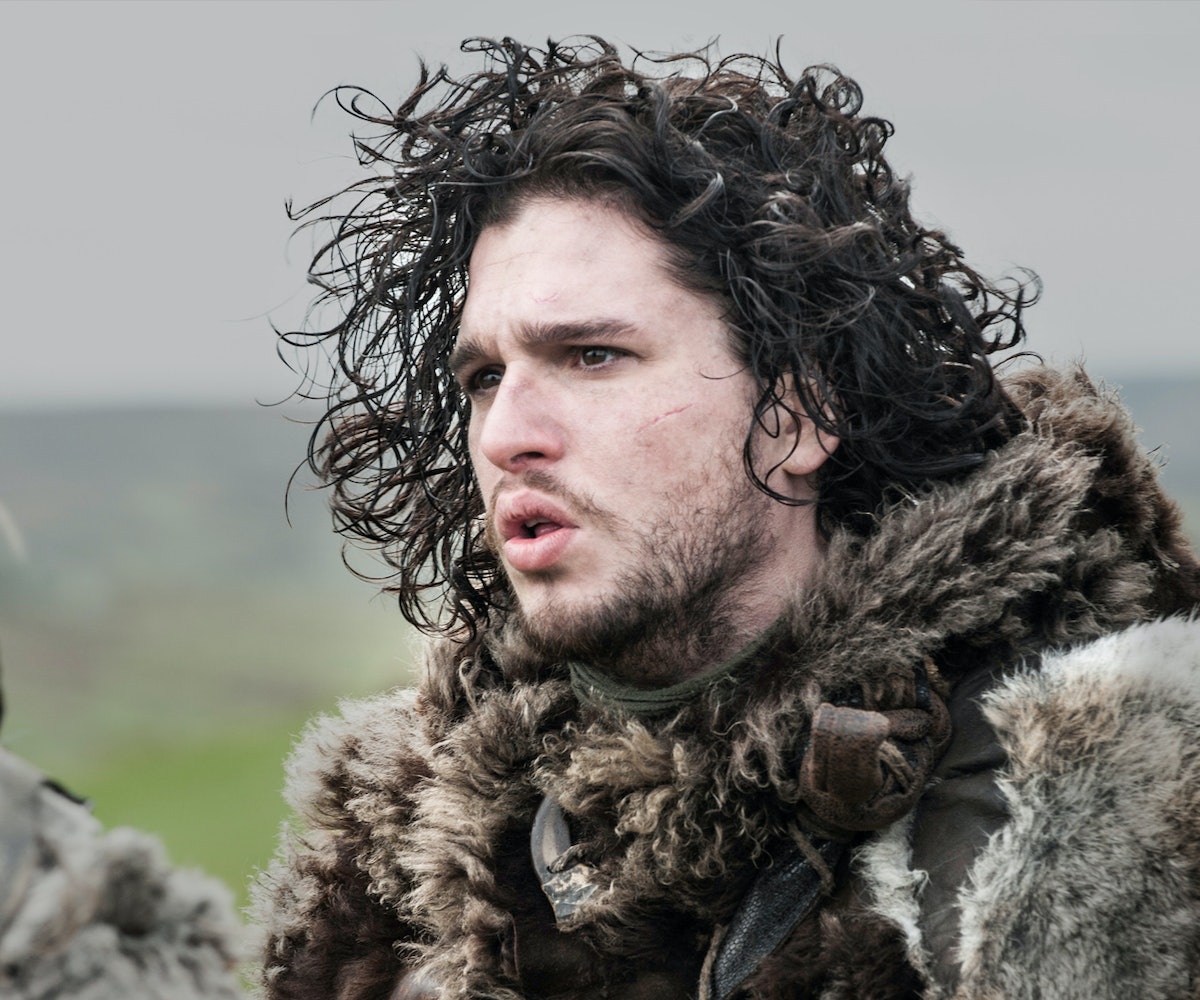 There are just so many spoilers here. Run away if you’re not up to speed. Run, and don’t look back.

For those of you who stayed, we can only hope you’re aware of the most pervasive, and perhaps most persuasive, of all A Song of Ice and Fire fan theories: “R+L=J.” It posits that Jon Snow, nominally the bastard son of Eddard “Ned” Stark and an unnamed woman, is actually the offspring of Rhaegar Targaryen and Eddard’s sister, Lyanna.

Already, author George R.R. Martin has established that the war which deposed the Targaryens and brought Robert Baratheon to the Iron Throne began when Rhaegar abducted Lyanna (who was Robert’s fiancée). At the end of Robert’s Rebellion, Rhaegar was dead, Lyanna had died in Ned’s arms, and baby Jon Snow was brought to Winterfell as his bastard war child.

“R+L=J” posits that Rhaegar did not abduct Lyanna, but rather they eloped together and she died giving birth to Jon in the Tower of Joy. As proof, believers point to this passage from Ned’s flashback to Lyanna’s final moments:

Promise not to tell, the theory goes. Combine that with all the other little Easter eggs hidden throughout ASoIaF, and “R+L=J” seems rather concrete. Indeed, it has become all but gospel to ASoIaF fans.

It does, however, create problems as so much of what Martin has set up in the books calls out for another Targaryen to not only take the Iron Throne, but join Daenerys as a dragonrider. As noted on the cover of the New York Post, the most likely Targaryen to do that, Jon Snow, is dead. Even if he does come back to life (as so many believe he will), there is a third dragon to ride and, as established, only Targaryens can survive the flames and heat involved. Basically, we need more Targaryens.

Somewhat less concrete, but nonetheless intriguing, is the new, related fan theory that plays into this need, “R+L=J+M”. Are you ready for it? Okay, here goes:

Again, Meera Reed is supposedly the daughter of Howland Reed and sister of Jojen Reed, the somewhat annoying psychic who died at the end of Game of Thrones’  fourth season, but is still very much alive in the books.

The theory posits that Lyanna died giving birth to two children in the Tower of Joy—Jon and Meera. For proof, fans point to the fact that both Jon and Meera are the same age, having been born the year of Lyanna’s death. As well, they note that, while appearing to be different ages in the television show, the two actors—Kit Harrington and Ellie Kendrick—bear somewhat of a resemblance. As well, Howland Reed accompanied Ned Stark at the Tower of Joy, putting him in the right place at the right time to pick up the second twin.

Now, “R+L=J+M” rests on highly circumstantial evidence and only gained steam when a Redditor posted a totally speculative prediction of the beginning of Game of Throne’s sixth season. Nonetheless, it slides nicely into various holes in Martin’s plot.

Overall, we find “R+L=J+M” spurious and unconvincing—but we want it to be true. Not only is Meera a great character with a lot more to offer, we totally dig what Ellie Kendrick has done with her and would love to see her take on a larger role in season six. Whatever happens, we’ll be reading the upcoming The Winds of Winter and watching all future episodes of Game of Thrones with “R+L=J+M” near the front of our reeling brains.