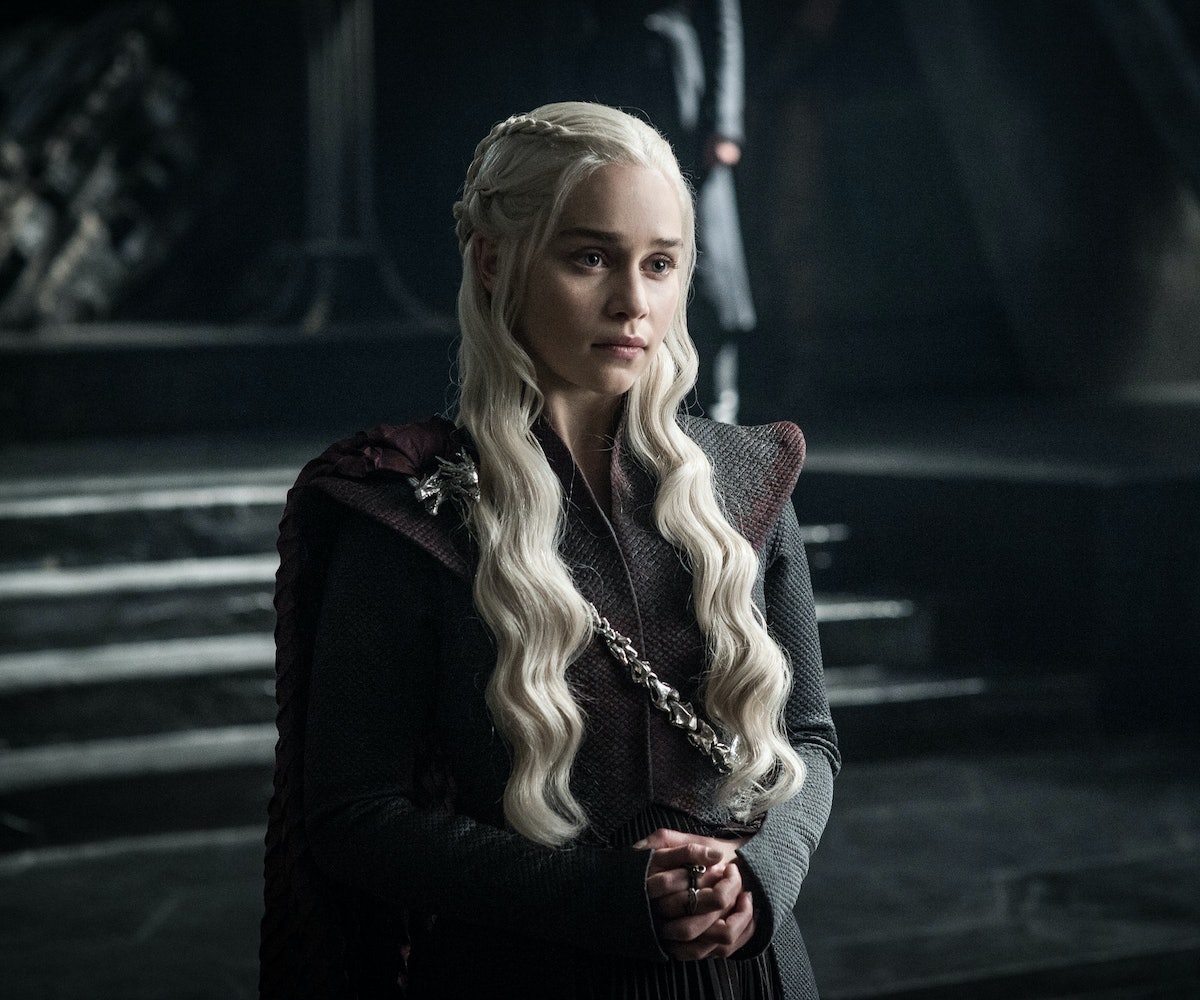 It's been almost a year since we last visited Westeros, but Game of Thrones is coming back in a big way. While the show is mostly known for its preoccupation with sex and violence, the iron and leather styles of the bloody medieval world are getting seriously fierce in the latest round of teaser images released by HBO. Season seven promises prophecies look to be coming true, with a side of some serious fantasy fashion.

Our pleasure at the hardcore outfits aside, there's a few other things to glean from these images, though they're also reliably enigmatic—GoT is not known for giving too much away in its teasers. And since, at this point, the plot of the TV show has gone far past the novels it was based on, speculation is all we've got to go on.

Winter will come this summer when the show officially returns. (It's back on July 16th to be precise.) Till then, check out the preview images, below, and read our own thoughts on what each image might mean for its character.

Oh, Cersei. I really don't know if you should trust having Jaime in your Queensguard. We all know what happened when he served with another regent who didn't mind using wildfyre on his own subjects.

Lyanna. Mormont. Is. Back!

Sam and Gilly are safely ensconced in the library at Oldtown, with Sam sporting a slick new hairstyle.

Meera is making the face of someone who is constantly being asked "Are we there yet?"

Tormund's raised eyebrow can mean only one thing: All you Brienne-Tormund shippers are going to have your dreams come true this season.

Sansa, we beg you: Stay. Away. From. Littlefinger.

Whhhaaaatttt is happening here with the Hound? We can't wait to know.

Is Jon Snow in the Stark family crypt? Looking at the statue of Lyanna? The mother he doesn't know he had? Is Jon Snow finally going to know... something?!

Look at Arya, mentally going over her list of people she needs to kill. It's a long one!

Dany appears to be in Dragonstone, but she doesn't appear to be too happy. Does she miss Daario? We would.

Nice look, Varys. It's like the Westeros outerwear version of those fur-lined Gucci loafers that are everywhere.

Tyrion, we genuinely hope that this go-round as Hand works out better than it did the first time.