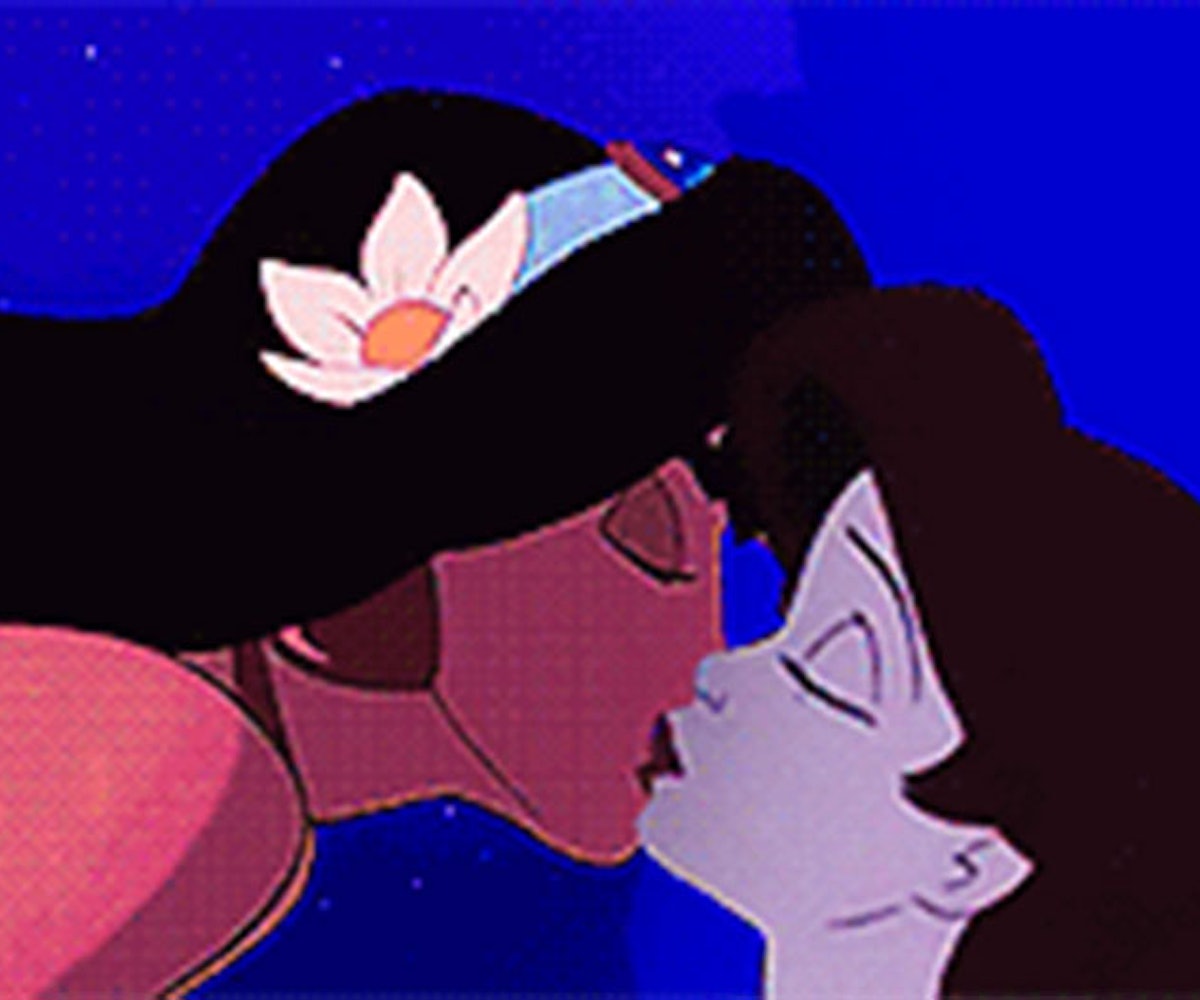 The world of fan fiction is a wonderfully imaginative one to traverse. There, Iron Man and Captain America are lovers; Harry Styles and Louis Tomlinson are Larry; Disney princes and princess stray from the animated heterosexual norm. Illustrations of the infinite amount of fictional couplings take up a sizable chunk of the Internet, but none are as satisfying as Tumblr user Dopey Beauty’s GIFs.

Perhaps the most striking element to Dopey Beauty’s fictional shipping is how true to the Disney oeuvre her work stays. The element of innocence abounds in her edits and story crossovers. There is virtually zero sleaze here. Instead, it’s Ariel and Jasmine falling in love; Hercules and Aladdin stealing quiet kisses in the woods. Speaking to BuzzFeed, Dopey Beauty explained the “Disney Movies No One Asked For” series has elicited emotional responses from viewers. “They’d love to see something similar produced by Disney themselves,” she said.

We second that! Queer characters are too often made into the villain or sidekick in Disney movies. Their identity is then hidden behind various methods of gay coding such as vocal inflections and mannerisms. How cool would it be to have an out-and-proud gay Disney character? Perhaps there’s one in the works, but until then, we’ve got to shoutout Dopey Beauty for creating some of the best GIFs we’ve seen in a while. Check out more of her work, ahead!