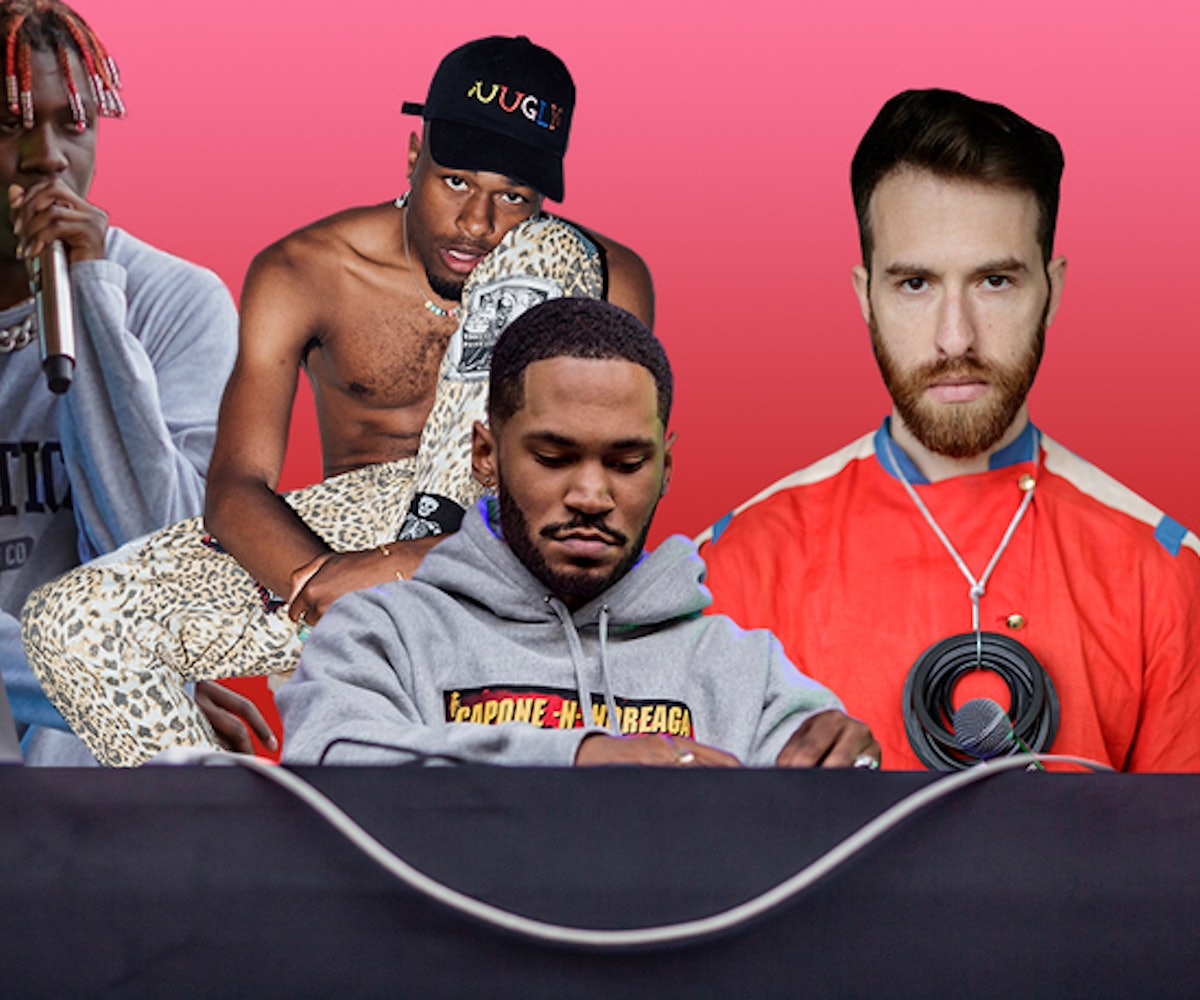 There's a shift happening in the hip-hop scene. It's slow and it's steady, but the progress we've made in terms of dismantling gender roles and expectations is being reflected in the new guard of rappers, producers, artists, and musicians.

Hypermasculinity has long been a staple of the hip-hop community, specifically for its black male members. The pressure to be tough, to be a G and boss up, is very real. We see it in lyrics of Migos and Young Thug, Eminem's still spitting aggro, and G-Eazy is finding his place. From the top down, however, vulnerability is creeping its way into the forefront of new music. Kendrick Lamar is arguably the current day purveyor of dismantling the toxicity, taking what Kid Cudi did and delicately balancing his softness with his hardness. Frank Ocean, Katranada, Le1f, and Angel Haze, too, disrupt the scene by openly being queer. As the younger generations begin to recognize gender as a spectrum, so, too, does the music they listen to and the artists they turn to.

"I used to," Duckwrth says, answering whether he's ever felt the need to more masculine. "There's this constructed facade people create for you, not just as a man in America but a black man in America. We’re pushed to be super-aggro, super-masculine. I don’t really fit that mold, not comfortably at least." Duckwrth is one of the voices challenging these preconceived gender roles. His latest single, "Boy," questions our social constructs and how we view love, sex, race, and identity. "Let's meet between the gender," he says. "Now wouldn't that be awesome."

The challenge is then how do these artists lead by example? Is there pressure from labels and the powers that be to not say certain things or present yourself in a certain manner? Yes. "They’re straight up with me," Blume says of his label. “They've said, 'We support you [wearing a full-length tunic dress] on the EP cover, but we’re also going to be honest with you and tell you that there are people who might fuck with your music, who are literally not going to press play because a person with a beard in a dress is on the cover.'" Does an individual do what they want and take the "sorry, not sorry" route, or do they find a way to express themselves without fully compromising their identity?

For Duckwrth, the deaths of Prince and David Bowie triggered a new sense of freedom. "It just made sense to me after that," he says of gender presentation. "Freeing yourself of the pressure to fit a certain mold leads to more honest music." This, in turn, leads to an honest audience—one that's empowered to be themselves and encourages inclusivity.

"How can I show the community that it’s okay to be and love yourself?" Blume asks of himself. Leading by example is how—guiding audiences from chapter one to chapter two, to chapter three, and on. Bowie and Prince encapsulated the idea of possibility; through them, we've come to better understand the spectrum of gender and the fact that there is no one box people fit in. "That is why we’re doing this," Blume says, to show possibility. That is, perhaps, the most bossed up thing one can do: be unabashedly themselves—femme, trans, non-conforming, queer, however one identifies—and live their truths. Here's your mic drop.