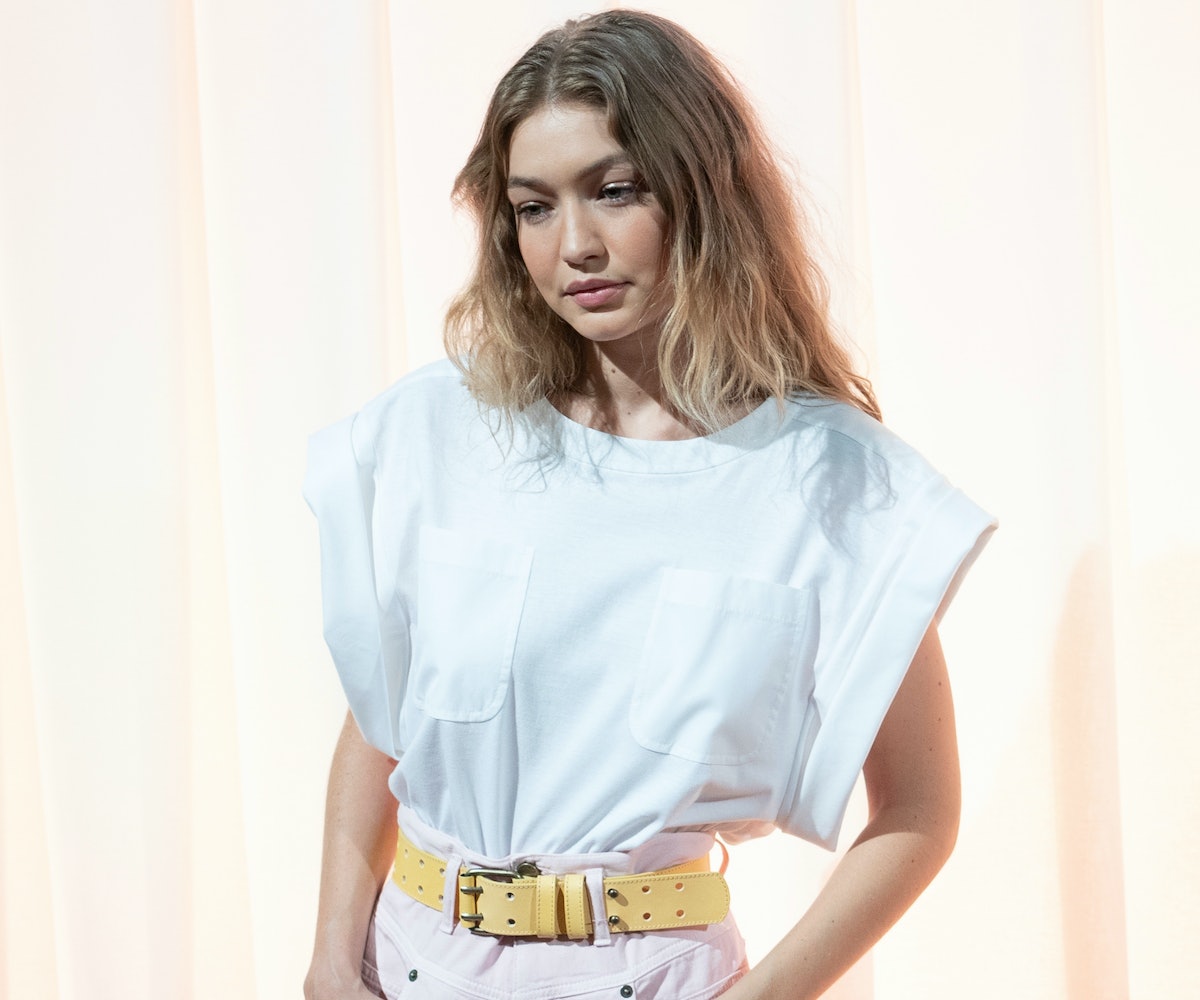 Gigi Hadid is being sued by a paparazzo for posting a since-deleted photograph. According to a lengthy text screenshot Hadid posted to Instagram, the model had grabbed a photo from Twitter, of her posing outside an event, and threw it on her IG feed. She alleges that the tweet listed no photo credit and that she happily would have credited the right photographer had they contacted her when they saw the photo posted.

Hadid began the post by recognizing that enduring the paparazzi is part of her job, and that the photo in question was one she had posed for, at an event which she expected paparazzi at. She then went on to list how she traditionally encounters paparazzi. “I understand if they know someone is going to an event, or even stopping by sometimes to see if someone will leave their house that day;" Hadid said, acknowledging the situation she was being sued for, "But, these people make money off us everyday, LEGALLY stalking us day in and day out—for nothing special—for us to walk six feet to a car and six feet into a work building."

Hadid then acknowledged that paparazzi make money from these photographs to support themselves. "To the paparazzi, I understand that this is how you make your living, and I respect that this is something I must accept with my job. But there is a line," she wrote. "We are human beings, and sometimes it takes a lot of courage to engage with you because of the resentment I feel for the negative parts of these experiences."

Plenty of celebs hopped into the comments and shared their support for Hadid, pointing out the fact that having your privacy invaded because you're legally a "public figure" seems really shady, even if the Constitution still upholds it.