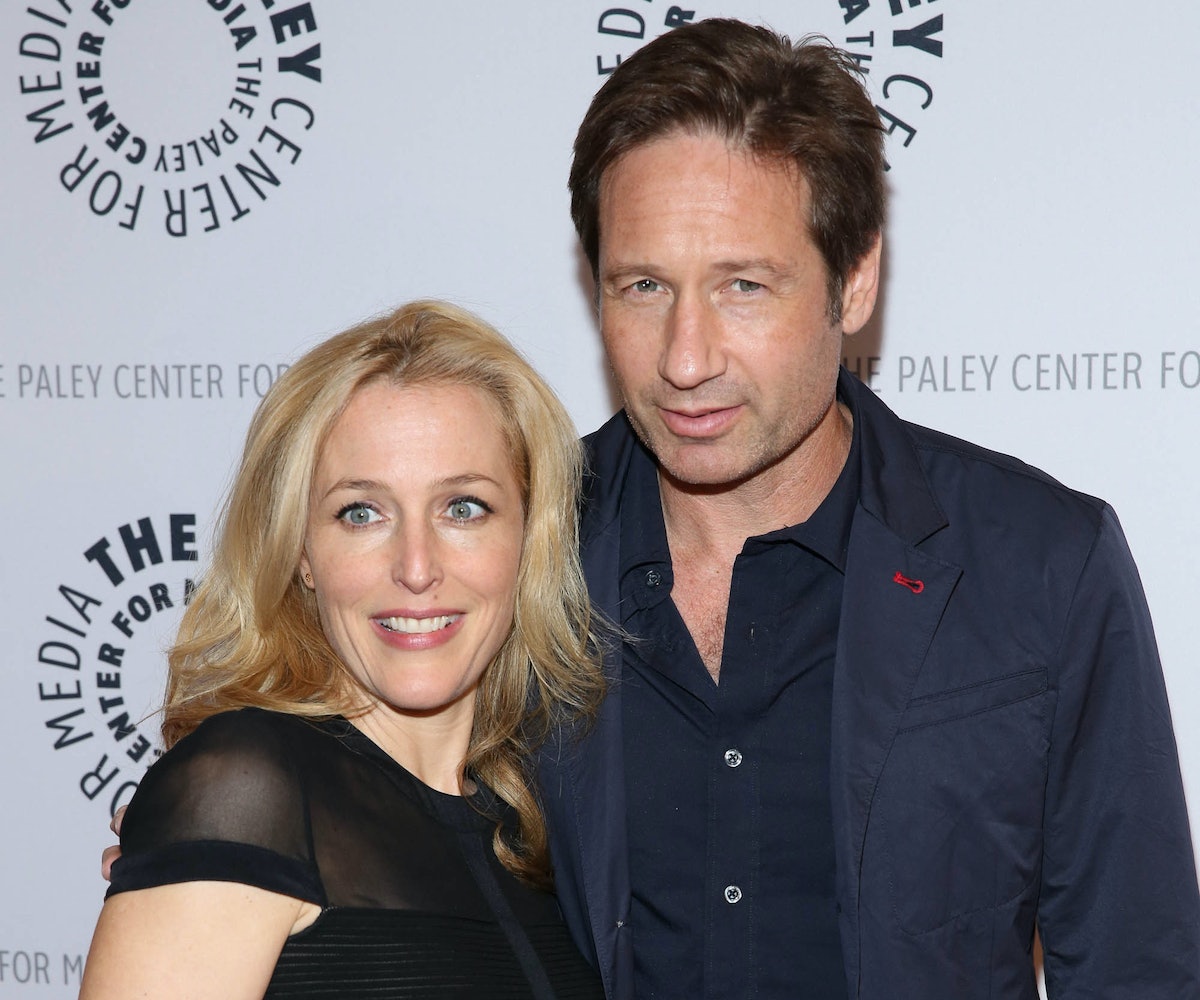 Gillian Anderson is known and loved for playing the logical Dana Scully alongside David Duchovny's conspiracy theory-loving Fox Mulder in The X-Files, but she revealed in an interview with The Daily Beast that she was only offered half of her male coworker's salary for the show's revival—which, sadly, shows that not a lot has changed since the early '90s when Anderson was first offered the part.

Although the actress, who won both a Golden Globe and an Emmy for her part in the original series, now appears in the revival and earns the same pay as Duchovny, she says that the initial offer echoed the unfair treatment she experienced at the show's beginning. She recalled that in the show's early years, she was instructed to stand a few feet behind Duchovny whenever they appeared onscreen together, in a seeming effort to minimize her character's importance. (Even if, you know, she was the voice of reason in the series.) While Scully and Mulder are partners, the production side seemed to see Scully as more of a sidekick. "Somehow, maybe it was enough of a change just to see a woman having this kind of intellectual repartee with a man on camera," Anderson said. "And surely the audience couldn’t deal with actually seeing them walk side by side!”

Anderson fought for equality at the show's onset in 1993 and quickly gained recognition—not just publicly as a talented actress, but also on the production side as an equal to Duchovny. But perhaps the initial offering for her part in the 2016 reboot shows that all that much hasn't changed in the past two decades. “Even in interviews in the last few years, people have said to me, ‘I can’t believe that happened, how did you feel about it, that is insane.’ And my response always was, ‘That was then, this is now,'" she said. "And then it happened again! I don’t even know what to say about it.”