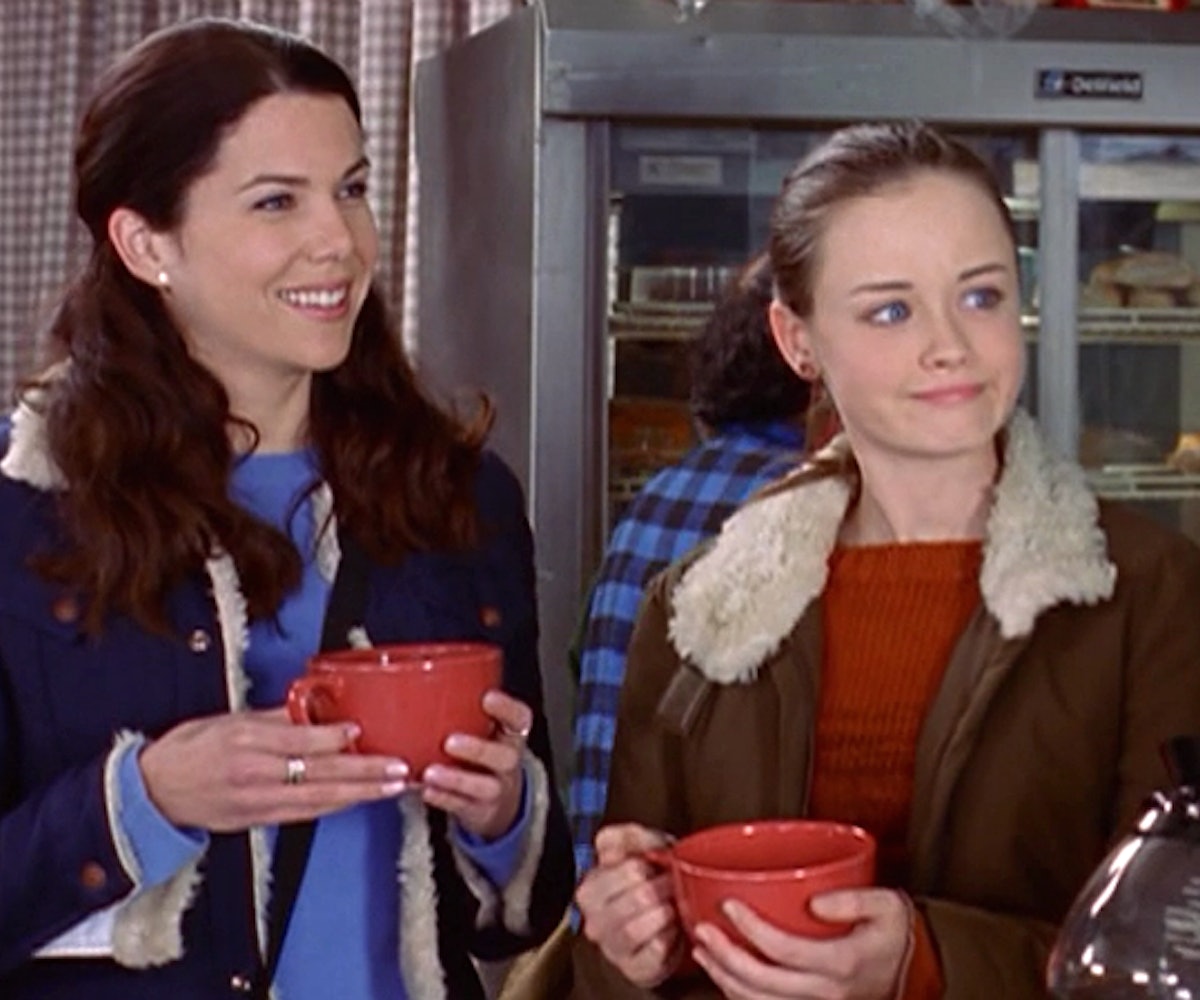 Cable TV seemed bleak, a little lifeless even, when everyone's favorite mother-daughter duo and their charming town of Stars Hollow vanished from our weekly television lineup. But now, there's hope—and a new reason for us to actually consider getting a cable subscription again: Gilmore Girls is coming back to your screen. Well, at least it is in the form of reruns.

The charming Amy Sherman-Palladino series will get air time starting October 5 at 7 p.m., on the new network Up! TV. Sure, you may already own all of the boxsets and have re-watched the entire show on Netflix by now, but there's something almost touching about getting to watch the show bit-by-bit, rather than binge-watching all of Rory's Chilton years in one long sitting. Now, it will feel more like watching the series for the very first time—although now, we might sympathize a little more with Paris from the get-go.

Admittedly, we would prefer if the show were actually coming back with new episodes, and while Sherman-Palladino insists that the show could not exist in today's world of quick-paced, action-packed series, a Gilmore Girls reunion in June gave us hope that maybe, just maybe we could get a peek at Stars Hollow in 2015 (a movie, maybe? Please?).

Either way, we're pumped to see the familiar scenery of Luke's Diner coming back to our TV in a more regular way. Where you lead, Gilmore Girls, we will follow.