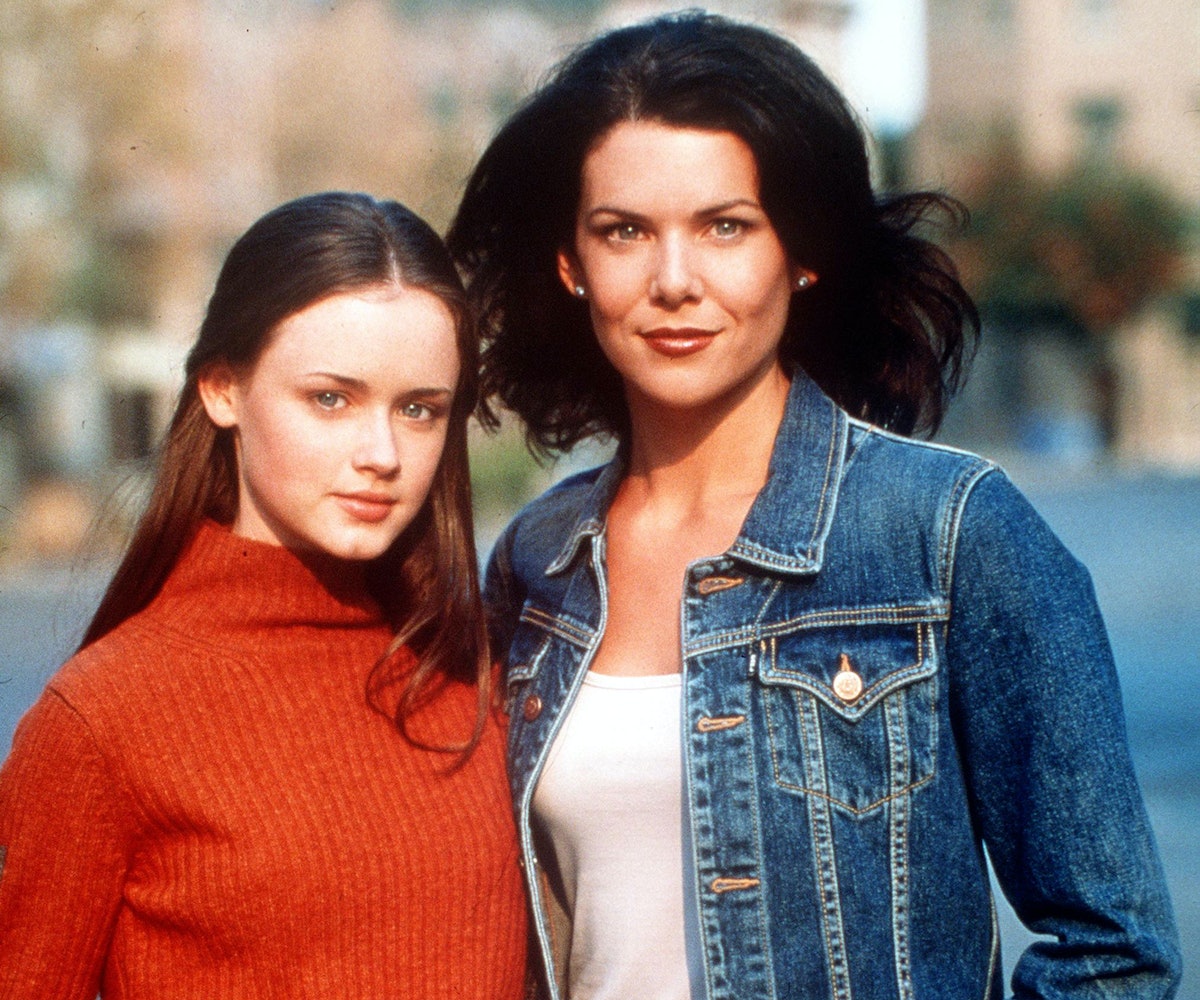 If there's one thing we remember from all those years of watching Gilmore Girls, it's that weddings cause the most drama. (Unless you're Sookie St. James, of course. Then your wedding is a walk in the park, literally.) Lorelai should know—after all, she was proposed to by three different men (Max, Luke, and Christopher) but then, one way or another, never actually made it down the aisle. At the end of it all, she finally came to her senses and settled with Luke, but it took for-freaking-ever.

We don't mean to spoil a major plot line in Gilmore Girls: Seasons for you, but it would be wrong to omit this detail when updating you about the revival. Apparently, someone in Stars Hollow is getting married. Before we start drawing conspiracy theories, here's who we believe can be crossed out from the equation: Rory. While all three ex-boyfriends are going to be back in town, we highly doubt that they magically transformed into eligible marriage material for the youngest Gilmore. Besides, they have a history of sabotaging ceremonies for Rory, individually and collectively, so we expect this cycle to repeat itself.

Here's one potential plot twist that we would like to put on the table, though: There will most likely be a funeral for Richard Gilmore since actor Edward Herrmann sadly passed away. Depending on the time frame, perhaps his wife, Emily, has found a rebound? She did seem to attract many suitors throughout the seven seasons... But maybe Paris and Doyle are getting hitched? They were practically a match made in heaven. Or maybe it's Kirk's turn to tie the knot? Only time will tell.

Do you hear that noise? It sounds exactly like the Gilmore Girls theme song. "Where you lead, I will follow / Anywhere, that you tell me to..."