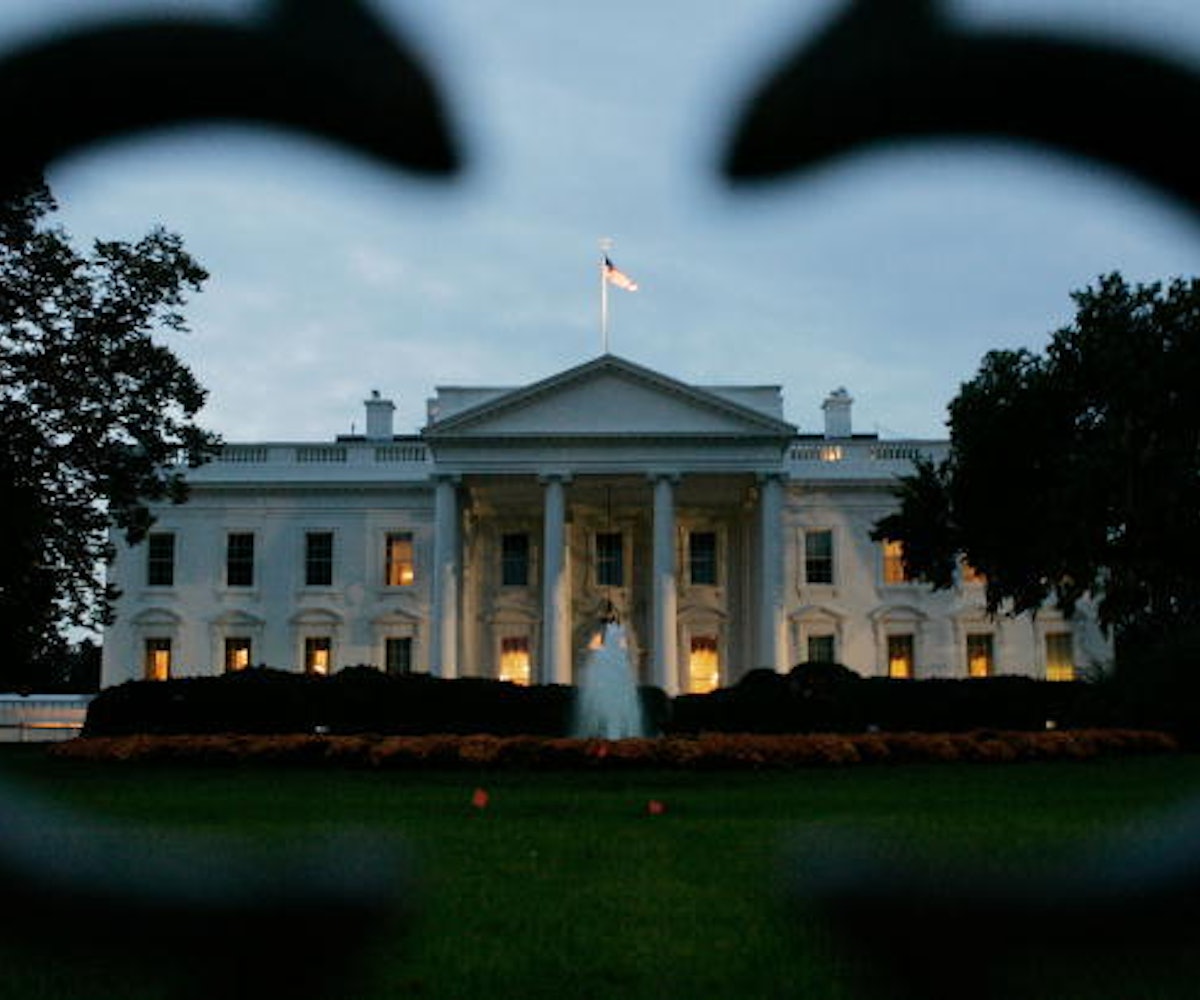 Photo by Mark Wilson for Getty

Right now, a lot of employees across many different industries face uncertain employment prospects, but perhaps none more so than those working in the least stable of environments: Donald Trump's administration. In case you missed the news, Trump fired his Secretary of State Rex Tillerson via Twitter this morning. It's unclear exactly what spurred this move, but it's assumed by many that Tillerson's comments yesterday strongly condemning Russia for presumably assassinating someone on British soil and calling Russia an "irresponsible force of instability" were just too much for Trump. And while the president claims that Tillerson's departure has been in the works for days, others within the State Department are saying that Tillerson found out via this morning's tweet.

Which, you know, on the one hand: Oh, well. Rex Tillerson was a terrible Secretary of State who has caused chaos within the State Department, and could rightly be called an "irresponsible force of instability" himself. Perhaps the only thing to grudgingly admire about the guy is that he called Trump a "fucking moron" and didn't get fired. But I guess Trump takes offending Russia more seriously than he does accurate assessments of his intelligence. So, bye, Rex. The country won't miss you.

So what's next for the State Department? Within the same tweet, Trump announced who the new Secretary of State would be: CIA Director Mike Pompeo. Which... fuck. The least you could say for Tillerson was that he wasn't as hawkish as the president he served, and so would rather talk through problems than just... bomb through them. The same can not be said for Pompeo, who has as bellicose a view of America's place in the world as Trump. The New York Times has reported that Pompeo has been eyed for this position for some time now, because Pompeo has, in the past, "called for the Iran nuclear agreement to be ripped up, played down talk of Russia’s interference in the 2016 election and suggested that regime change in North Korea would be a welcome development." Oh, and he also shares his boss' hatred of Hillary Clinton. So there's that too.

All of this is bad enough news, but the real kicker to today's round of White House Musical Chairs is that the new head of the CIA will be its former Deputy Director, Gina Haspel. In the SAME TWEET in which he fired one Secretary of State and nominated another, Trump also announced Haspel's appointment and pointed out that she would be "the first woman so chosen." Which, first of all, interesting rhetorical flourish there, but second of all, it is completely horrific that Trump is presenting this as some kind of victory for women. This is no more a victory for women than Kellyanne Conway's or Sarah Huckabee Sanders' roles as "alternative truth" spewers is a victory for veracity. This is, instead, a huge loss for our nation and the world, in general.

Probably you're not familiar with Haspel. I invite you to read this article from the New York Times last year about Haspel's leading role in the brutal interrogations and torture of people in a secret prison in Thailand, and whose ascension within the CIA was acknowledged by the Times as being evidence that "the agency is [now] being led by officials who appear to take a far kinder view of one of its darker chapters than their immediate predecessors." How dark? One of the detainees whose interrogation Haspel oversaw, Abu Zubaydah, "was waterboarded 83 times in a single month, had his head repeatedly slammed into walls and endured other harsh methods before interrogators decided he had no useful information to provide." Recordings of these interrogations were ordered destroyed by the CIA in 2005, at which time, the Times points out, "Haspel was serving at C.I.A. headquarters, and it was her name that was on the cable carrying the destruction orders."

The fact that Haspel's newest appointment will likely be applauded by many as a sign that Trump is happy to promote women to the highest of positions is insulting and demoralizing, similarly to when Sarah Palin's nomination for Vice President in 2008 was framed as anything other than the circus sideshow that it really was. Haspel is different than Palin, of course, because Haspel has had a long career with the CIA, and does have the respect of many of her colleagues. However, that is no reason to celebrate her appointment. Not every woman's success is a victory for feminism or for equality. In this case, Haspel's rise is only a victory for those people who have no care for human rights, and are instead fixated on enacting Trump's sick, brutal agenda. They're the only winners here. Is that victory gender-blind? Sure. But that's hardly the point when people all around the world will now have to absorb the ramifications of what can only be seen as a loss for progress and humanity on the whole.