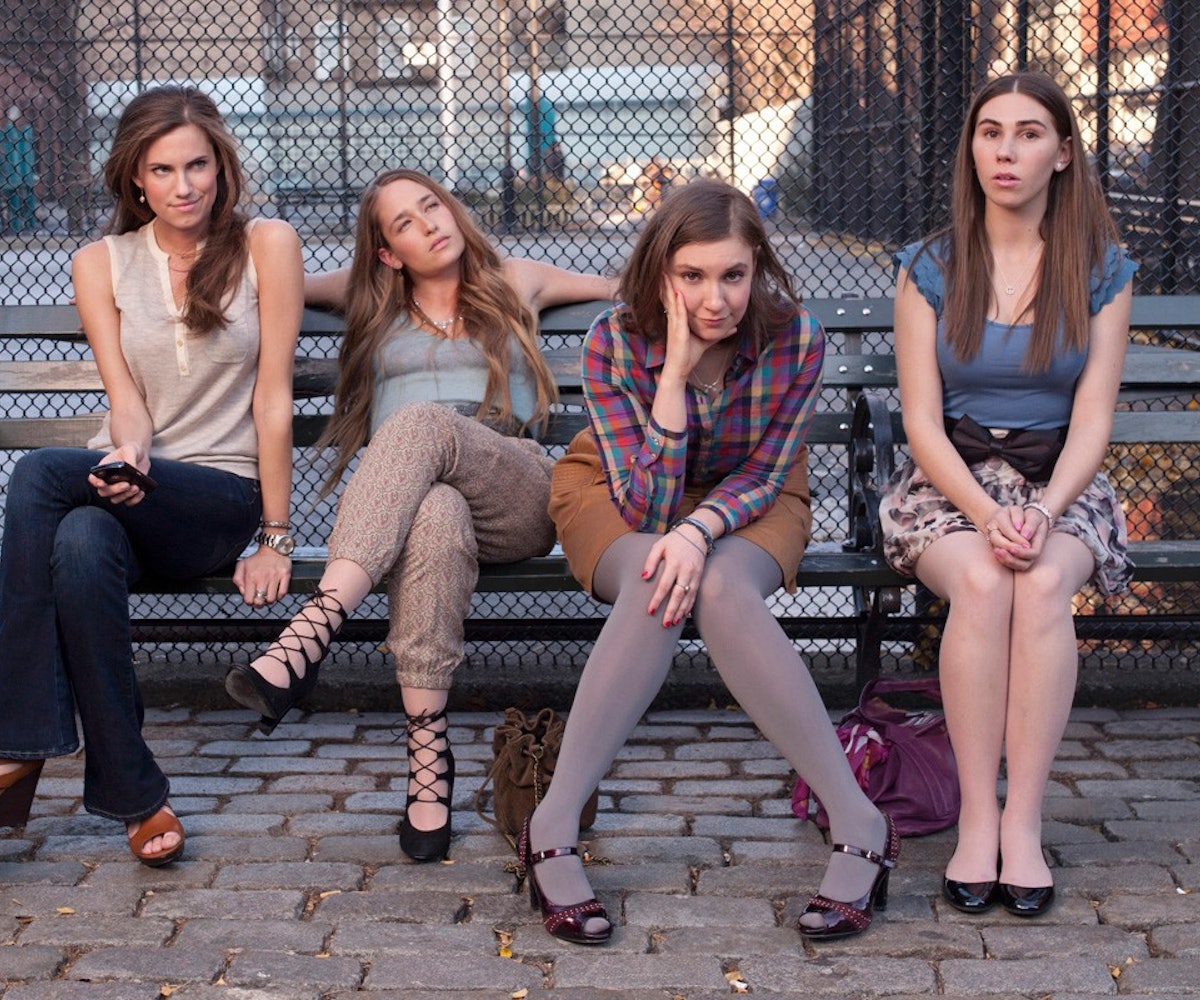 "It is easy to see the beginning of things, and harder to see the end." Pretty sure Joan Didion was not talking about HBO’s Girls when she wrote that, but here we go anyway.

When Hannah, Jessa, Shoshanna, and Marnie first appeared on my television screen, they were first-world problems embodied. I hated how much they reminded me of every girl I went to high school with; I hated even more that fictional Marnie was from my non-fictional town. I hated their privileged attitudes and narcissistic tendencies. Don’t even get me started on the (maybe) two characters of color they failed to befriend. But mostly, I hated how I couldn’t stop watching. I like to take my masochism in 30-minute increments on Sundays, apparently.

Over the course of six seasons, I stayed up wondering whether Hannah would ever have a conversation that wasn’t about herself; if Shosh would ever slow down when she talked; if Marnie would ever stop trying to make her music career happen; and if Jessa would ever stop dating creepy men. And the answer is yes, sort of. It wouldn’t be in line with the characters—or with life, really—if they completely disposed of their quirks, but they’ve evolved and become more self-aware about themselves and about their choices in life. And what more can we ask of a bunch of millennials, really?

Borrowing a quote from another popular sitcom about a different group of white 20-something men and women struggling to find their way in New York City, the show coming to a close truly does feel like the end of an era. A bumpy era, but a notable one, nonetheless. Now, when the show comes up in conversation, I’m quick to defend it while also recognizing its flaws. You can find a reason to dislike any show if you try hard enough. But you can tell Girls, the actors, the writers, the producers, the entire cast, put in a valiant effort to relate to its audience and times. Like Hannah said, in what I would describe as a virtually perfect episode last week, they all did their “worst best.” For me, that “worst best” was enough.

But if you don’t give Elijah the spin-off show that he deserves, my feelings might change.

NEXT UP
Culture
Spice Girls May Reunite For King Charles’ Coronation
Culture
11 Must-Read February 2023 Books
Entertainment
Chloe's "Pray It Away" & 9 Other New Songs Out This Week
Culture
Phoebe Dynevor Will Not Return for Bridgerton Season 3
Style + Culture, delivered straight to your inbox.