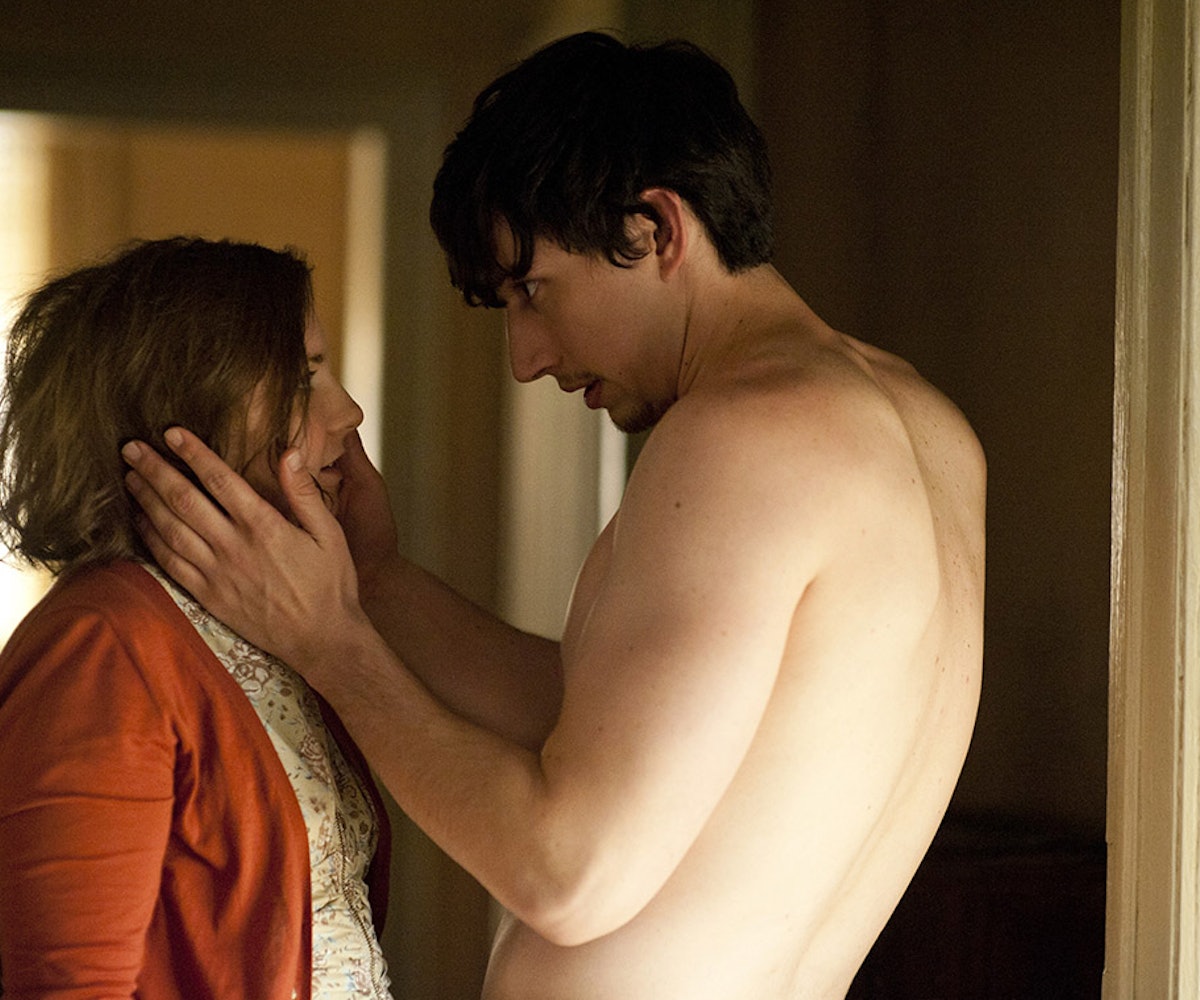 When Girls premiered six years ago, it was easy enough to see why it was automatically compared to Sex and the City. Both shows were half-hour comedies on HBO; both centered around the lives and loves of a quartet of women friends living in New York City; both featured questionable real estate realities based upon the characters' incomes; both were overwhelmingly populated by privileged white people; both had lead characters who were writers, each of whom had one really good gay friend; and both shows featured plenty of sex.

And yet, it turned out that these similarities were all superficial. Sure, both were half-hour comedies on HBO, but whereas Sex and the City specialized in broad, bawdy humor and puns (sooo many puns), Girls was all about the kind of joke that didn't make you laugh, so much as cringe. (Think, Marnie in conversation with her wedding makeup artist, when she described her cultural heritage as "white Christian woman.") But while the moral of Sex and the City seemed to be that friendships are the one relationship that can weather anything, Girls ends up being all about how, sometimes, the work required to keep a friend group together might not be worth it. And while Carrie's apartment will never make sense based on the, uh, one column per week that she wrote, the ultra-tiny space that Marnie eventually winds up in on Girls (prior to the all too real move back to her mom's couch) is actually pretty accurate. But the major difference between Girls and not only Sex and the City, but also just about every other television show ever made, is in how realistically Girls portrays sex, in all its messy, complicated horrors and wonders, i.e. people actually take off their bras.

It was clear from the very beginning of Girls that the sex on the show would be anything but predictable. In the first few episodes alone, the show depicted sexual encounters involving vivid role-playing, urine, anonymous public bathroom encounters, and the exchange of money. Over the course of the series, some of the most frequent consequences of sex, from HPV to UTIs to pregnancy, were depicted, all with a frankness rarely seen in real life, let alone television. Girls was also unafraid to examine what it is to feel debased during sex, confronting head-on the ambiguities that are often at play during rough sex, or when power dynamics are particularly skewed.

And, notably, Girls didn't do what Sex and the City and so many other shows do when it comes to depicting same-sex relationships; rather than almost neuter its openly gay characters, like Elijah, by supplying them with witty one-liners and all the sexuality of a wet rag, Girls gave Elijah a compelling sexual story line, and was just as honest in its portrayal of two men fucking as it was in its scenes of heterosexual sex. (And, for that matter, let's not forget the episode in which Hannah performs oral sex in a sauna while on a "goddess retreat" with her mother. Things got... moist.)

It's difficult to overstate how revolutionary it was to be a young woman and see the same kind of uncomfortable sexual reality that existed in your own life play out on-screen. While I don't think it's wise to put much stock in how "real" a show Girls was, in general (who needs reality in art, anyway, when we have it in, like, real life?), I do know that it's hard to quantify how much I appreciated seeing other young women figuring out their sexuality in a way that resonated as being, if not real to my life, at least real to life. On Girls, young women could be manipulative and twisted when it came to how they explored their sexuality, and that was okay; they could use people, and they might also find themselves being used, and the world didn't stop.

Well, there was one way in which the world did stop when it came to the sex on Girls, and that was when Hannah, played by Lena Dunham, would show her body. In fact, so much of all media coverage about Girls was focused on Dunham; or, more specifically, on Lena Dunham's body, and the fact that she was comfortable and open about inhabiting it, even if she wasn't a size 0. Six years after the fact, it feels sort of tired to even be talking about Dunham's body, since we've become so used to seeing it exposed. But the mere fact that it feels prosaic to be engaging in a conversation about Dunham's body just reveals how revolutionary it was that she refused to cover up or hide her physicality in any way. Not only that, but Girls made sure that Hannah was shown as being sexually attractive to all sorts of partners, thereby blowing up the media-perpetuated myth that the only desirable woman is one who looks like a Barbie doll.

It's difficult to assess fully a show's impact on the culture while it's still on the air, but it's hard not to think that Girls, as an extended work of art, will resonate for a long time. Not only did it subvert the common television tropes surrounding friendship and New York City real estate, but it also made room for a reality in which young women could not just fuck up their lives, but fuck in their lives, without worrying about ruining their futures. It refused to treat the sex lives of gay men as less worthwhile than those of straight men. It didn't perpetuate the dangerous idea that the only worthwhile sexual partners are ones who look like models and movie stars. It made room for a reality in which sex was at times anonymous and at times intimate, dangerous and comforting, ugly and beautiful. Sex wasn't something separate from our lives, our ambitions and fears, hopes and dreams, it was a part of it—maddeningly, perfectly so.