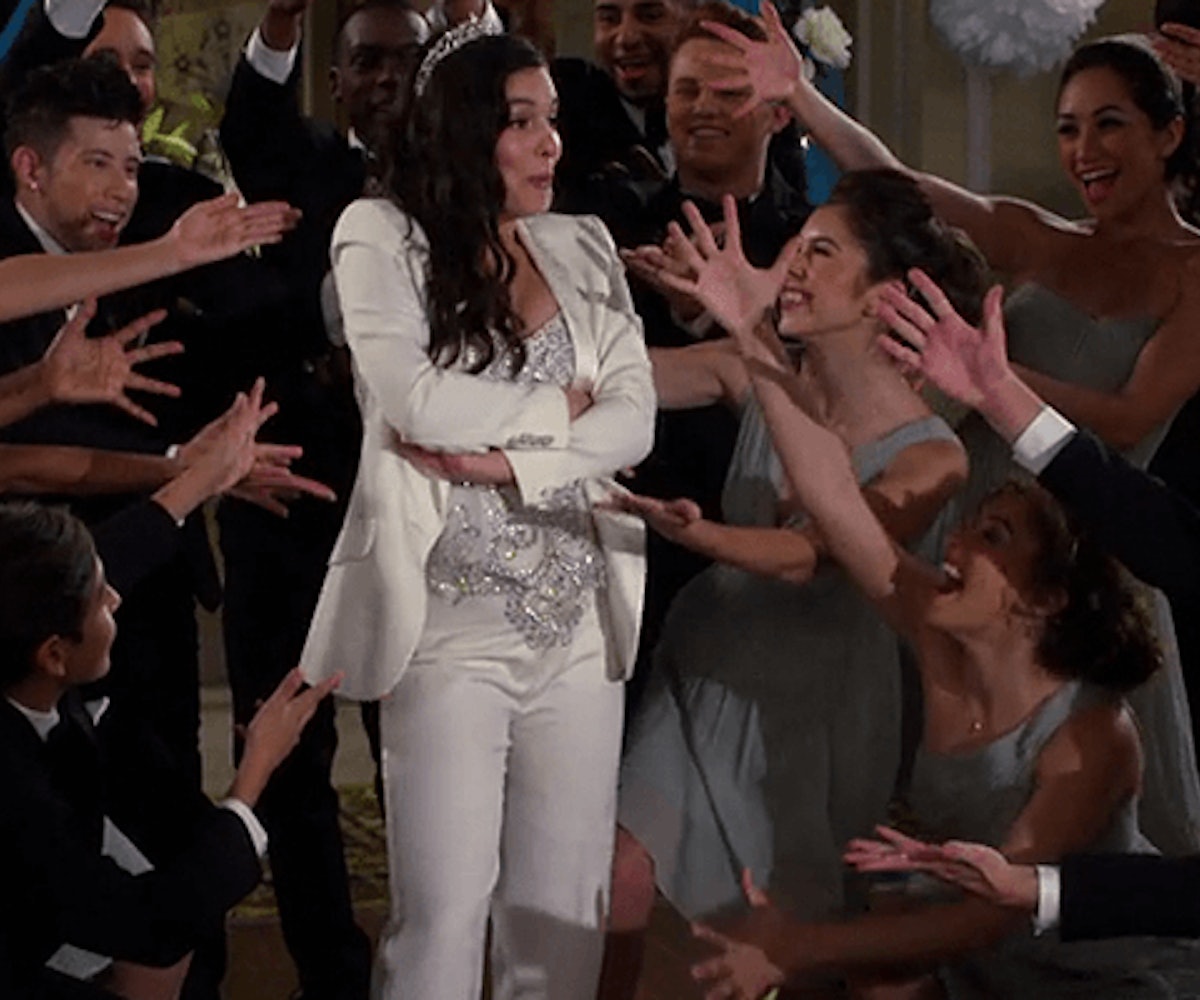 This year saw a record high number of LGBTQ+ characters represented on the small screen, according to GLAAD’s “Where We Are on TV” report. The research also found an increase in racial diversity among queer characters.

Original scripted series on streaming services like Netflix, Amazon, and Hulu had a combined 75 LGBTQ series regulars and 37 recurring characters, bringing the total to 112—a huge increase from last season’s 65 characters. Netflix was named as the streaming service with the highest number of LGBTQ characters.

On top of this, racial diversity of LGBTQ characters is at a record high on all platforms, particularly on broadcast television: For the first time, queer people of color outnumber queer white people. Streaming services’ representation of queer people of color rose an astonishing 25 points, to 48 percent of LGBTQ characters. On primetime cable, diversity increased 11 points, to 46 percent.

Although these numbers are promising, GLAAD President and CEO, Sarah Kate Ellis, hopes to see a rise to 10 percent so that “entertainment reflects the world in which it is created.”

You can read the entire report here.