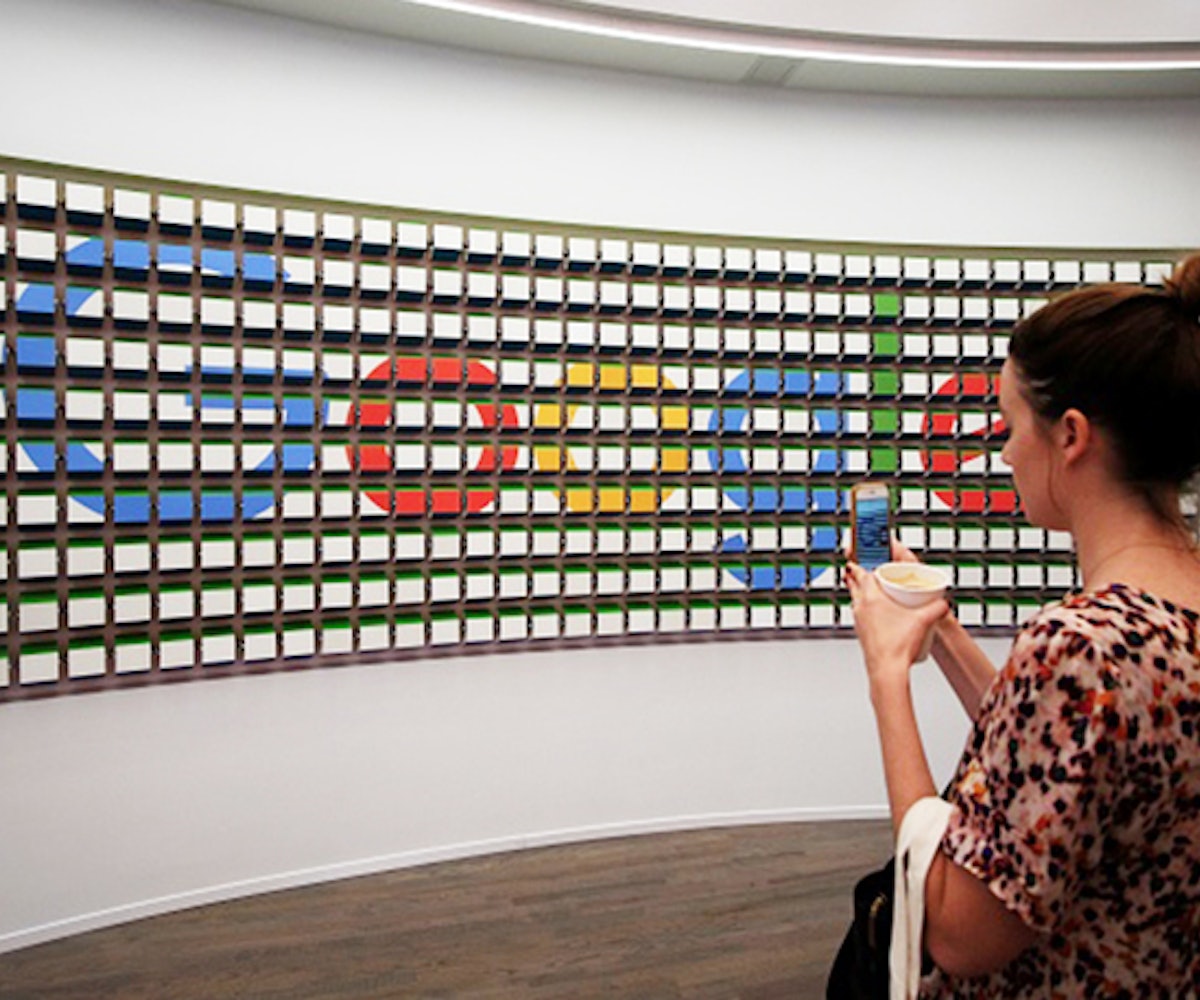 A little more than a month after a Google employee's anti-diversity manifesto went viral, the company is being hit with a gender discrimination lawsuit. Three former employees, Kelly Ellis, Holly Pease, and Kelli Wisuri, filed a class action lawsuit against the tech mogul for pay and promotion discrepancies between them and their male co-workers. It's rumored that almost 60 women are considering joining the lawsuit, Jezebel reports.

All three claim they were unable to move up within the company because of gender discrimination. According to Bloomberg, the women, who've worked at the company at different times from 2005 to 2015, claim Google kept them in "job ladders" with lower compensation ceilings than their male counterparts. Their attorneys created a website that states the lawsuit is accusing the company of maintaining a “policy, pattern, and practice” of “sex discrimination against female employees," resulting in lower wages for women and job inequality throughout the organization. They've requested a jury trial.

Even before James Damore's memo went viral, in which he argued women weren't able to advance in the tech industry due to biology, Google was under investigation for underpaying its female employees. Labor Department director Janette Wipper said at the time that they'd “found systemic compensation disparities against women pretty much across the entire workforce," the Guardian reports.

When the Department of Labor asked Google to provide historical salary records, the company said it would be too costly, around $100,000, to comply. This is a company that just spent £1 billion on a new London campus, Gizmodo points out, that includes a swimming pool, rooftop garden, and massage rooms. One would think ensuring that women are fairly compensated is more important than wildflower-lined "pause areas."

Because the company hasn't been forthcoming with its salary data over the past few years, employees have conducted their own study of the pay gap within Google, according to the New York Times. But it's time the tech giant take matters into its own hands. Clearly the unconscious bias trainings Google provides, like the ones Damore attended, aren't the solution. He viewed groups meant for women and people of color only as discriminatory and called them "unfair and divisive."

Google's vice president of diversity, integrity & governance, Danielle Brown, issued a statement following Damore's letter, in which she said the company is taking action by “releasing its demographic data and creating a company wide OKR [objectives and key results] on diversity and inclusion."

However, with this new lawsuit, it's clear they're going to have to do a lot more than that to actually address discrimination at the organization. The onus isn't on the employees, it's on the organization to look at its data and vow to do better.