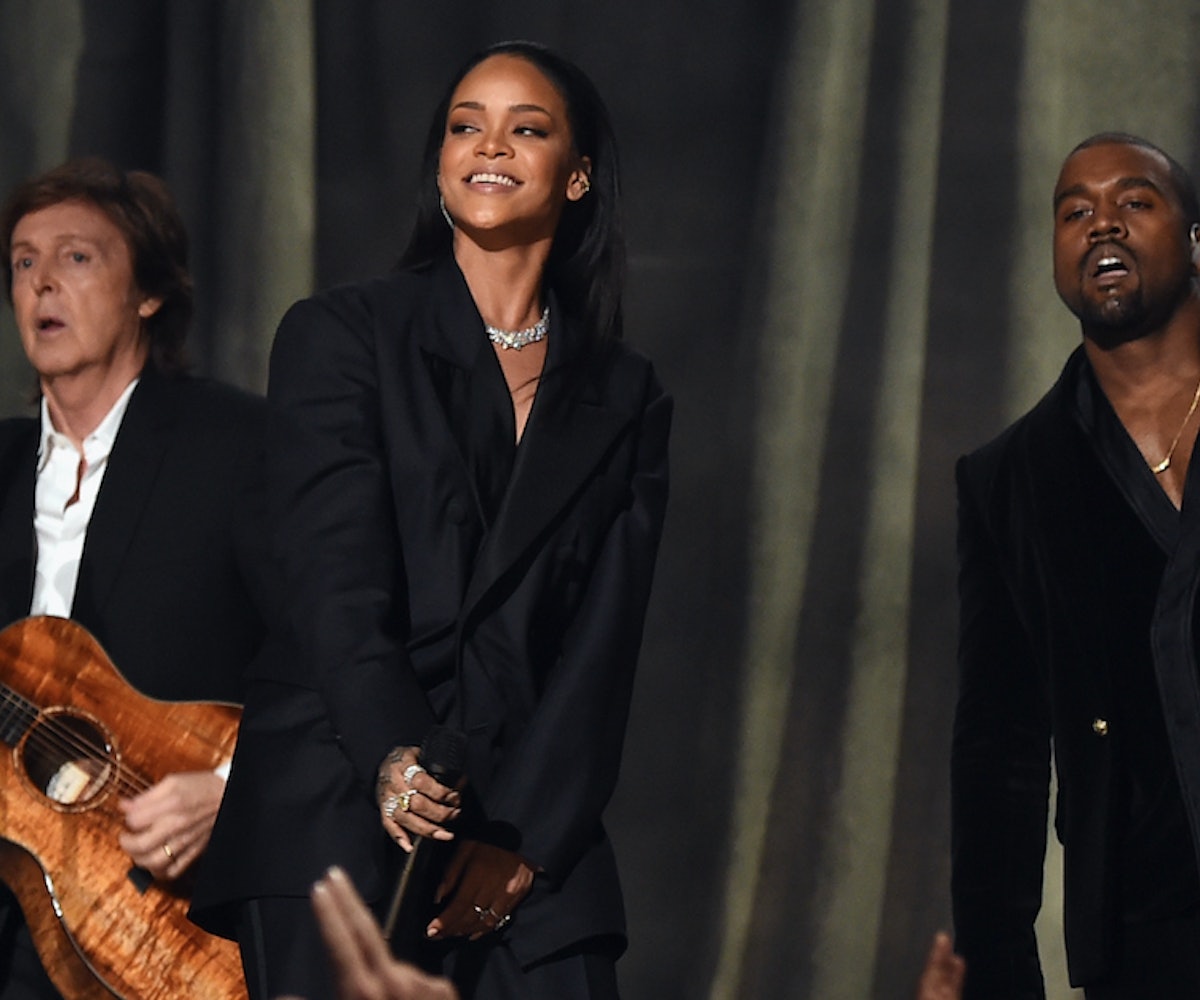 Musician Damon Albarn is making it known that he is not a fan of Kanye West. In a new interview with French news magazine L'OBS, the Gorillaz frontman said he warned Paul McCartney about working with the rapper on the 2015 single "FourFiveSeconds."

"Before he decided to work with Kanye West, I sent a text message to McCartney saying, 'Beware,' but he ignored it. He does what he wants, it’s Paul McCartney," he said, according to Variety (the original article is in French). The article also notes that Albarn went on to compare West to a vampire, saying he selfishly feeds off of other artists and only keeps his image in mind while creating.

Albarn went so far to call the collaboration "abusive" and revealed that McCartney's vocals were originally on the track, but that West cut them out. “I have a problem with this abusive collaboration. We’re talking about Paul McCartney,” he said. "We do not hear him in the song, Kanye West thinks only of Kanye West, uses a name to make headlines, to say, ‘McCartney is in my song.'"

McCartney also shared his experience of working with West in a recent interview with DIY, saying that West spent a lot of time in the studio looking at photos of wife Kim Kardashian instead of writing.

"I was tootling around on guitar, and Kanye spent a lot of time just looking at pictures of Kim on his computer," he told the publication. "I’m thinking, are we ever gonna get around to writing?!"

McCartney later noted that he realized that West was "writing" in a non-traditional sense, drawing inspiration from Kim. "Turns out he was writing. That’s his muse. He was listening to this riff I was doing and obviously he knew in his mind that he could use that, so he took it, sped it up and then somehow he got Rihanna to sing on it," he said. "She’s a big favorite of mine anyway, so that just came without me lifting a finger."

You can read the rest of McCartney's interview here.