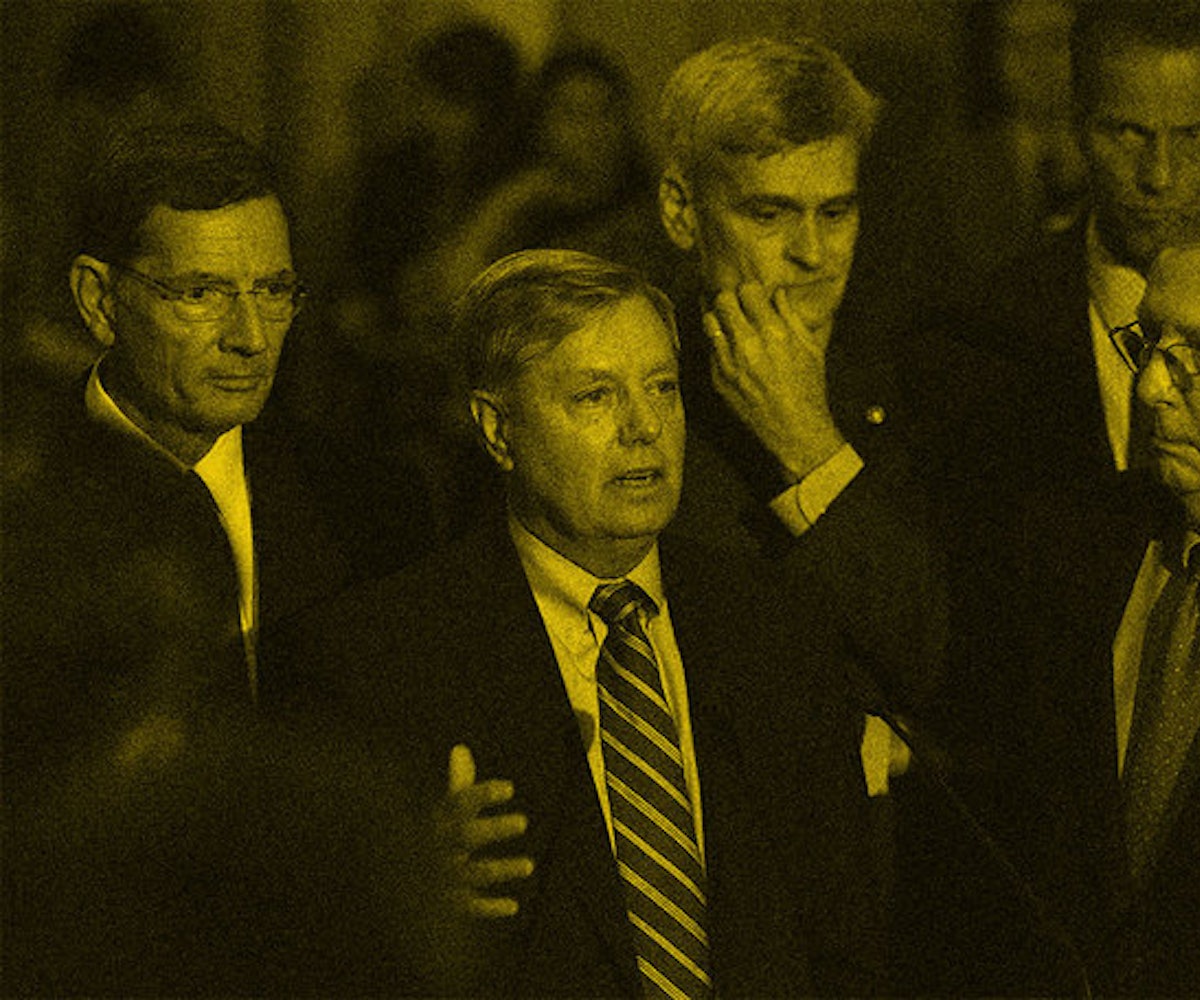 The talk surrounding sports and Trump was all anyone could discuss this weekend. Now that Monday’s rolled around, we should, of course, still be concerned about the real reason quarterback Colin Kaepernick took a knee in the first place. But let's not also forget the fact that, despite most disapproving of the Graham-Cassidy health care bill, it’s still alive and well.

The bill will go up for a vote on September 30 and, in the interim, Republicans are scrounging to win over the votes of those smart enough to realize how appalling it is. Let’s review a couple of things that would happen if the bill were to pass: More than 20 million people could lose coverage, Planned Parenthood would lose funding, Medicaid would be deeply cut, it would weaken protection for people with pre-existing conditions, private insurers wouldn’t be required to cover benefits like maternity or mental health care, the list goes on. For the ladies, here’s a detailed list of what’s at stake for us.

It’s not good and, apparently, it’s only getting worse. According to reports, the revised version of the bill, released today, allows insurance companies to no longer cover birth control. As Erica Sackin, the director of political communications for Planned Parenthood explains on Twitter, 55 million women could lose birth control coverage under the new bill. But, as far as we know, Viagra will continue to be covered.

The fight isn’t over until September 30, so continue to call, write, and tweet your senators.