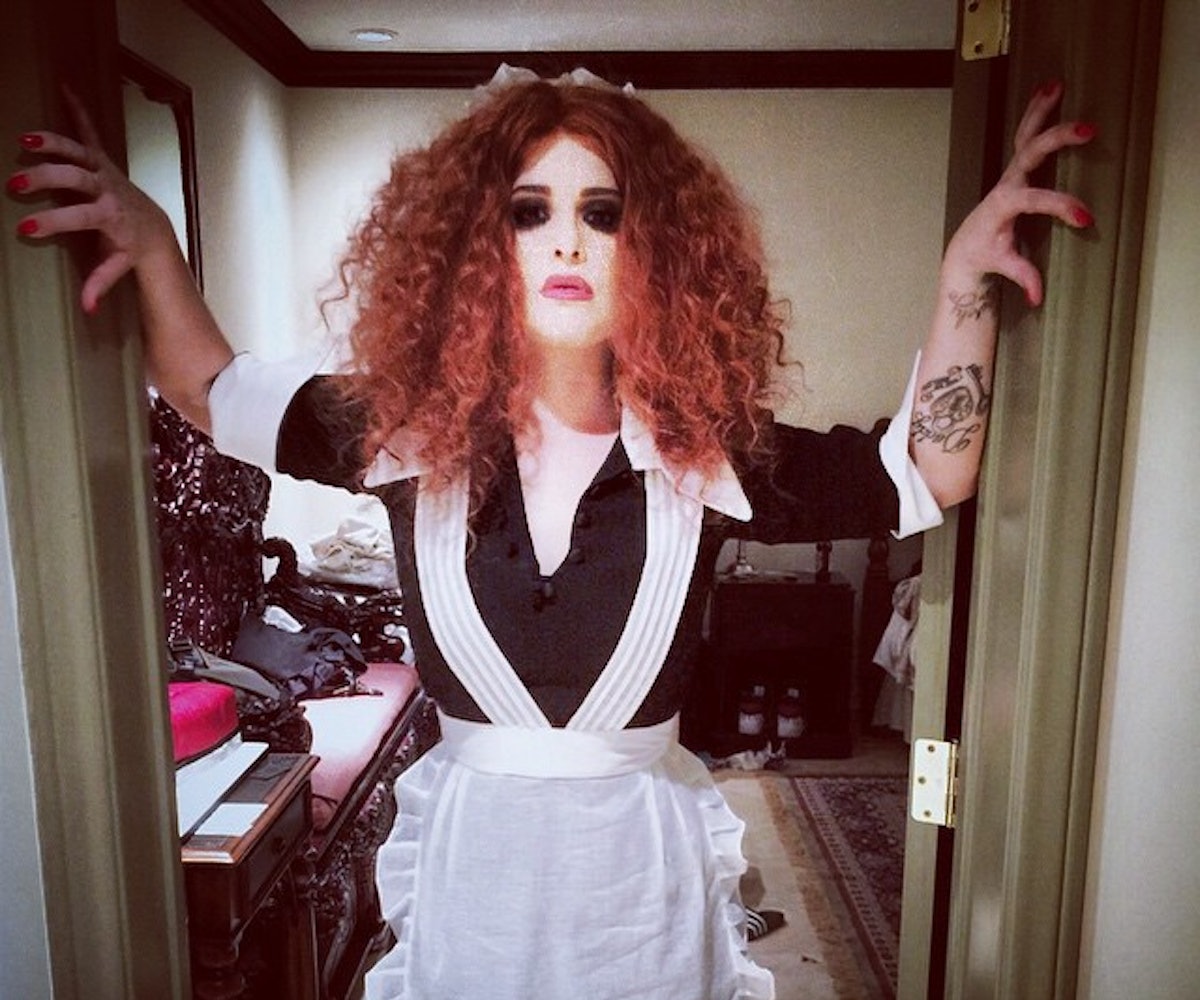 We're a few hours from hopping from haunted houses to Halloween shindigs to spooky-themed bars. So if you don't already have a costume picked out, it's crunch time. If our list of 50+ cult favorite Halloween costumes didn't inspire you, or if you're not super into our last-minute costume suggestions, hopefully these celebrity Halloween costumes will. So pick your poison and head to the thrift shop now!

Nicole Richie with her kids as Cruella de Ville.

Katy Perry as a Cheetoh.

Vanessa Hudgens in a skeleton onesie.

Jhene Aiko as a pegasus.

Rita Ora in a cartoon wig.

Ashley Benson as a porcelain doll.

Liv Tyler as a "bun in the oven"

Ashley Benson (again) as a stitched-up zombie. She's killin' it with these costumes (pun intended).

North West as a skunk.