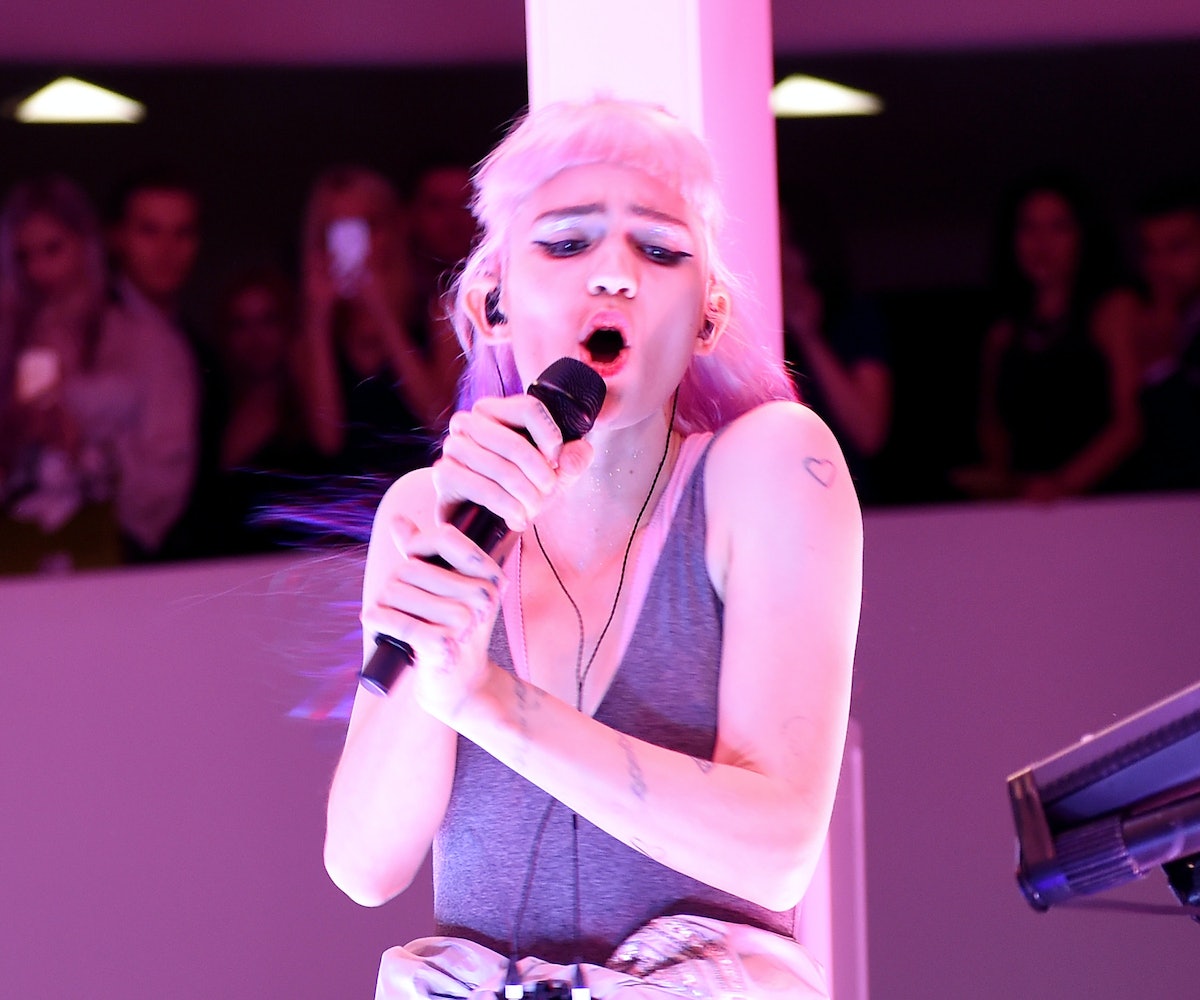 While performing in Dublin last night, musician and NYLON cover star Grimes was apparently electrocuted while pressing down on one of her many effects pedals, under her keyboard rig, during her song “Butterfly.” While it’s hard to see exactly what happened, the poster of the Instagram below claims to have captured the moment toward the end of the video.

Perhaps experiencing more of a shock than an out-and-out frying, the artist also known as Claire Boucher shook off whatever she experienced and finished the set like the champ she is. It wasn’t quite an Almost Famous moment, but it certainly was straight-up rock star stuff. (It does good to remember that being electrocuted onstage, while not uncommon, has resulted in some musical fatalities including that of Stone the Crows guitarist Leslie “Les” Harvey in 1972 and French singer Claude François in 1978 among others.)

In true Grimesian fashion, Grimes took to Instagram—a favorite medium of hers—to thank her fans for bearing with her. Though perhaps thousands of angry volts had coursed through her veins only hours before, her humor remained on point.

Frank Grimes from The Simpsons! Get it? Got it? Good.

Grimes subsequently spoke out in another Instagram post, apologizing to Dublin’s Olympia Theater—the concert’s venue—for initially blaming their staff for the shock.

Hey! just wanna apologize to the Olympia theatre that I originally thought they were responsible for the electrical issues at last nights show. We've triple checked everything and haven't yet discovered what the issue was. The Irish promoters were nothing but lovely and I don't want them to take the blame for something that was most likely on our end. I also want to reiterate that everyone on my team and especially my audio guys did everything they could without stopping the show, but it was some kind of an issue w the vocal channel so even whilst bypassing the pedal I was getting gunshots through the vocal channel into my monitors. Anyway this probably doesn't make any sense to non-musicians, but w regards to the inside baseball I just wanted to say something so no one loses their job or gets in trouble for an issue that, as far as I can tell, was outside of everyone's control. Anyhow haha, apologies for the long and insane post, about to get on a 12 hour flight so hopefully this won't cause further press drama…and thanks again to the Irish fans!!!! I cannot reiterate how grateful I am to y'all for letting us trouble shoot between songs and for singing me happy bday and being all around jovial. Xxxxx

Yes, indeed, it is Grimes’ birthday tomorrow. Let’s hope it’s a safe one.