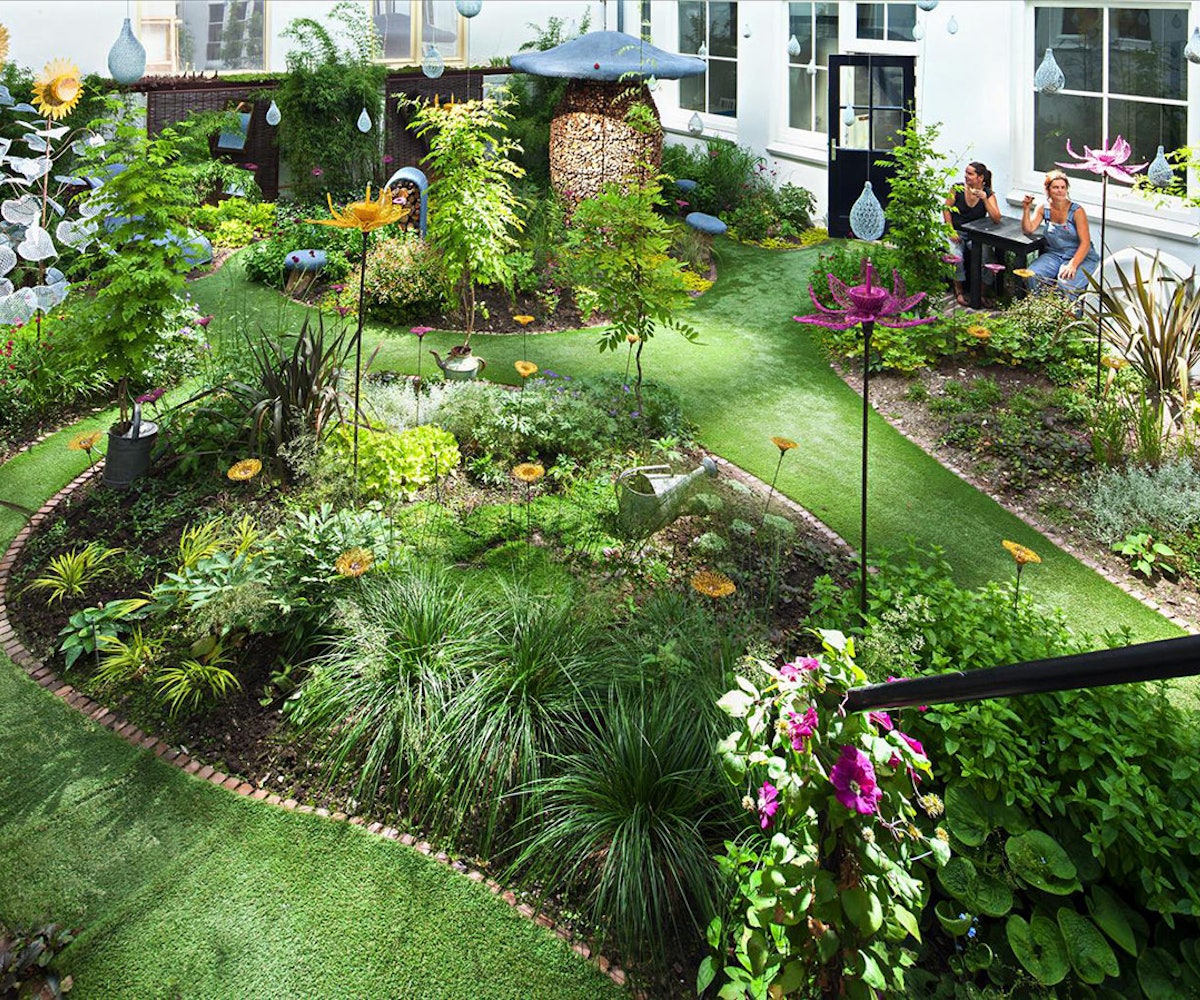 Like all great cities, Amsterdam has a reputation. But unlike those other cities, Amsterdam’s is tied directly with marijuana and your ability to smoke it legally. Young (and not-so-young) tourists flock to the Dutch capital to revel in its open society, get stoned in its coffee shops, and amble through the city center’s narrow streets and along its serene canals. But guess what? Amsterdam is also a thriving cultural hub, with innovative designers, artists, chefs, gallerists, and entrepreneurs who are burnishing the city’s reputation as a stylish cultural hub and steering visitors away from the debauchery it’s so famous for. So if you find yourself in this obscenely pretty city this summer—and we sure hope you do—here are some of our picks for the places where you should probably spend your time at.

WHERE TO STAY: Hôtel Droog

This collection of 17th-century buildings is actually the headquarters of Droog, an influential Dutch design collective that creates irreverent and eye-catching designs with a dry sense of humor (“droog” means “dry” in Dutch). It is not then, a proper hotel, in the sense that it doesn’t have a lobby and multiple rooms. But the Droog does have one room, and it is spectacular. Housed on the top floor, the room feels more like an apartment, large and cozy at the same time, with a slanted roof, contemporary design flourishes, and windows that let in splashes of sunlight and overlook the surrounding the roofs (a view more breathtaking than it sounds).

Downstairs is where you’ll find the airy dining area, a carefully curated room dubbed Room Service by Droog that focuses on healthy fare and features many of the design pieces Droog has built its brand on. The inner courtyard, which they aptly refer to as a fairytale garden, is a whimsical oasis, with artificial vegetation, like giant mushrooms, intermingling with real plants. Inside, the Droog Store is home to affordable items and more limited-edition pieces, along with racks of chic clothing from other designers, curated by the avant-garde minds at Droog. The building also functions as a kind of museum, letting you get up close to some of the pieces that put the Droog name on the map, like the striking "A Chest of Drawers," a mosaic held together by a belt. And the best part? Hotel Droog’s one room is just $275 a night, which, believe us, is a steal.

WHERE TO EAT: Foodhallen

What’s not to love about a collection of artisanal food vendors all in one place? (The answer is nothing, by the way). Foodhallen, housed in an old tram depot, is just that, and depending on your appetite, you can easily spend an afternoon trying to decide between the myriad of stalls (about 20 in total), which include a banh mi joint, a meat emporium, wood-fired pizzas, gourmet burgers, Australian pies, and some very popular grilled cheese sandwiches. The hall itself is beautiful, equal parts industrial and classy, and the perfect place to wash down some early day beers with friends.

WHERE TO GO: Eye Filmmuseum

Across the waterfront from the city center is this hyper-modern structure devoted to all things celluloid. An instant landmark when it opened in 2012, the EYE Filmmuseum is the gleaming centerpiece of the developing north Amsterdam neighborhood. It is part museum, part movie theater, and part cathedral to the moving image; you can catch beautifully restored classics or newer films from some of Europe’s most cutting-edge filmmakers here. And if staring at a screen while on vacation isn’t really your thing, the EYE also has a wonderful cafe and terrace with killer views across the IJ and toward the city proper.

WHERE TO GO: 290 Square Meters

This is the kind of high-concept design store that just doesn’t exist stateside. Housed underground in a converted bank vault, it was for a long time the only place in the world where you could buy customizable Nikes. Since then, it’s grown to world renown, thanks to founder Ido de Voos’ keen eye for unique items. Home to brands like Levi’s, A.P.C., Surface to Air, and Our Legacy, 290 Square Meters (named after the size of the space) feels like the apartment of your friend who’s had a subscription to Wallpaper since they were in high school.

When you arrive in Amsterdam, you’ll notice right away that everyone there is supernaturally stylish, and stores like SPRMRKT are exactly why. A sleek and striking concept store, SPRMRKT focuses on progressive fashion and is also home to art openings and other parties, where Amsterdam’s young, creative professionals like to gather and discuss fabulousness as a way of life.

WHERE TO DRINK: Hanneke's Boom

With its network of canals, waterfront drinking in Amsterdam is practically a national sport, but it doesn’t get any better than at Hanneke’s Boom, a historic bar that’s strung together by salvaged and recycled materials that give it a homey, ramshackle vibe. It’s an ideal place to knock back beers on a sun-soaked day, and by night, DJs take over and it turns into an all-out dance party. Not bad at all.

WHERE TO EAT: Bazar

Located in Amsterdam’s multicultural De Pijp neighborhood, this is an awe-inspiring, multi-level space devoted to Middle Eastern cuisine. The converted church gives off serious Arabian Nights vibes, with its kitschy decor, an elaborate lighting setup, and exotic murals. Also, the food: Grilled meat skewers, couscous, baklava, seafood, and much more create a symphony of romantic scents and will leave you the opposite of hungry, particularly because it’s mad cheap. And just outside is the city’s famed Albert Cuyp Market, one of the largest outdoor markets in Europe.

WHERE TO DRINK: Hiding in Plain Sight

The clandestine craft cocktail craze has made it all the way to Amsterdam, and like New York's secretive East Village hangout Please Don't Tell (PDT), this booze mecca refers to itself in a secretive acronym form as well—HPS. The dimly lit room has an almost supernatural glow and transports visitors back to the roaring '20s. Order the Flying Dutchman, not because you're in Holland, but because it's damn good.

WHERE TO GO: Noordlicht Café

This quirky, multi-purpose venue is housed in a greenhouse-like structure in North Amsterdam, across the harbor. It earns extra points for its waterfront location, but Noordlicht Café would be spectacular either way. It's more of a cultural hub than a straight restaurant (although the rustic fare is delicious), and weather permitting, it doubles as an outdoor concert venue. At night, the artsy space is lit up from the inside, upping the gorgeous factor. Housed right next to Amsterdam's developing NSDM wharf, which, if the city's young artists and designers have anything to say about it, will soon become the cultural center for people in search of a more modern Amsterdam.