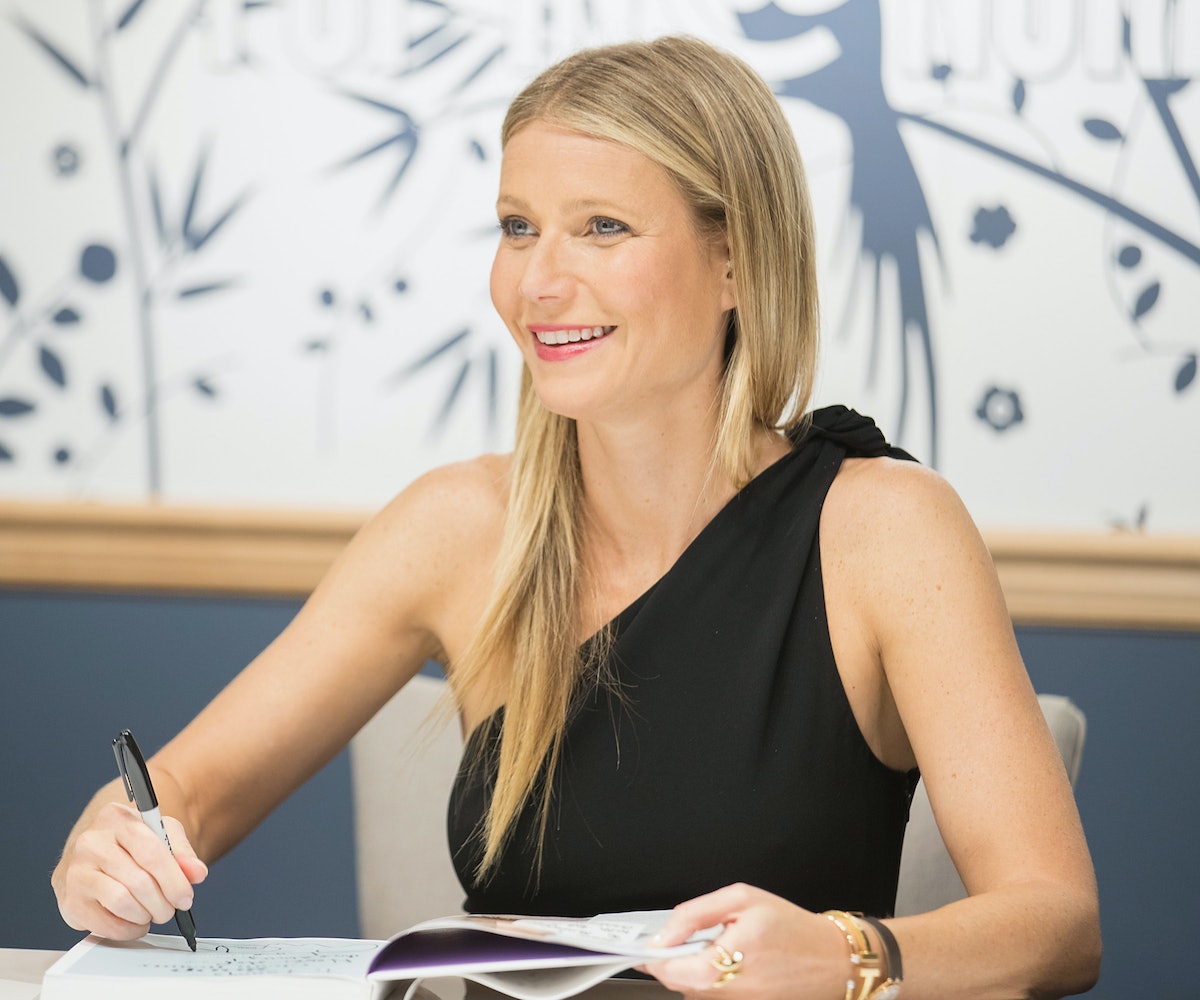 This January, Gwyneth Paltrow's lifestyle brand, Goop, will be holding its second “In Goop Health” summit, and its first in New York City. Base admission to the event is $650, which, sure, could buy you a lot of golden milk lattes, but also it could buy you exposure to experts with some very questionable ideas about medicine.

The event is self-described as featuring “cutting-edge panels of health-defining doctors and experts, along with a hall of experiential activations, ranging from binaural beats meditation to acupressure and tarot card readings.” Well, tarot card readings are fun at least! Maybe not worth the price of admission, but still fun, right?

The fun stops, though, once you learn that one of the “experts” who will be speaking at the event is “holistic health psychiatrist” Dr. Kelly Brogan. An in-depth article on Brogan and her practices by Jezebel's Joanna Rothkopf reveals that Brogan has a history of spreading dangerous medical misinformation, and has even that the idea that HIV causes AIDS a “meme” created by the "medical-scientific-industrial marriage." (Two questions: Who gave this woman a doctorate? And: Does she know what a meme is?) Brogan even went so far as to speculate that “drug toxicity associated with AIDS treatment may very well be what accounts for the majority of deaths.”

Unsurprisingly, Brogan is also firmly anti-medicine in general, and advocates using holistic methods for curing depression, cancer, and the flu, among other ailments. Here’s her outlook on how big pharma (and science) have apparently been lying to us about what causes depression:

We’ve been told that it’s a chemical imbalance and many people even believe that depression is a serotonin deficiency—maybe something they were born with. But it’s my passionate belief that depression is in fact a message. It’s a message and an opportunity to change. And the primary pillar of this change is nutrition.

Of course proper nutrition is a basic building block of good health, but when you’re telling people to throw out their medication in favor of your $997 “food-first” course, it’s irresponsible and dangerous. But Goop doesn't seem to mind. When Jezebel reached out to Paltrow’s organization for comment, it stood by its snake oil vendor:

Dr. Brogan is a board-certified psychiatrist, NY Times bestselling author, and has trained at NYU, Cornell, and MIT. She will be speaking about mental health at our summit. We strive to give a platform to doctors who have interesting, varied, and sometimes unconventional perspectives, and Dr. Brogan is just one of more than 20 individuals that will share their ideas with attendees in January.

Just in case you were going to drop that money on a summit ticket, this may be one speaker you’ll want to skip.