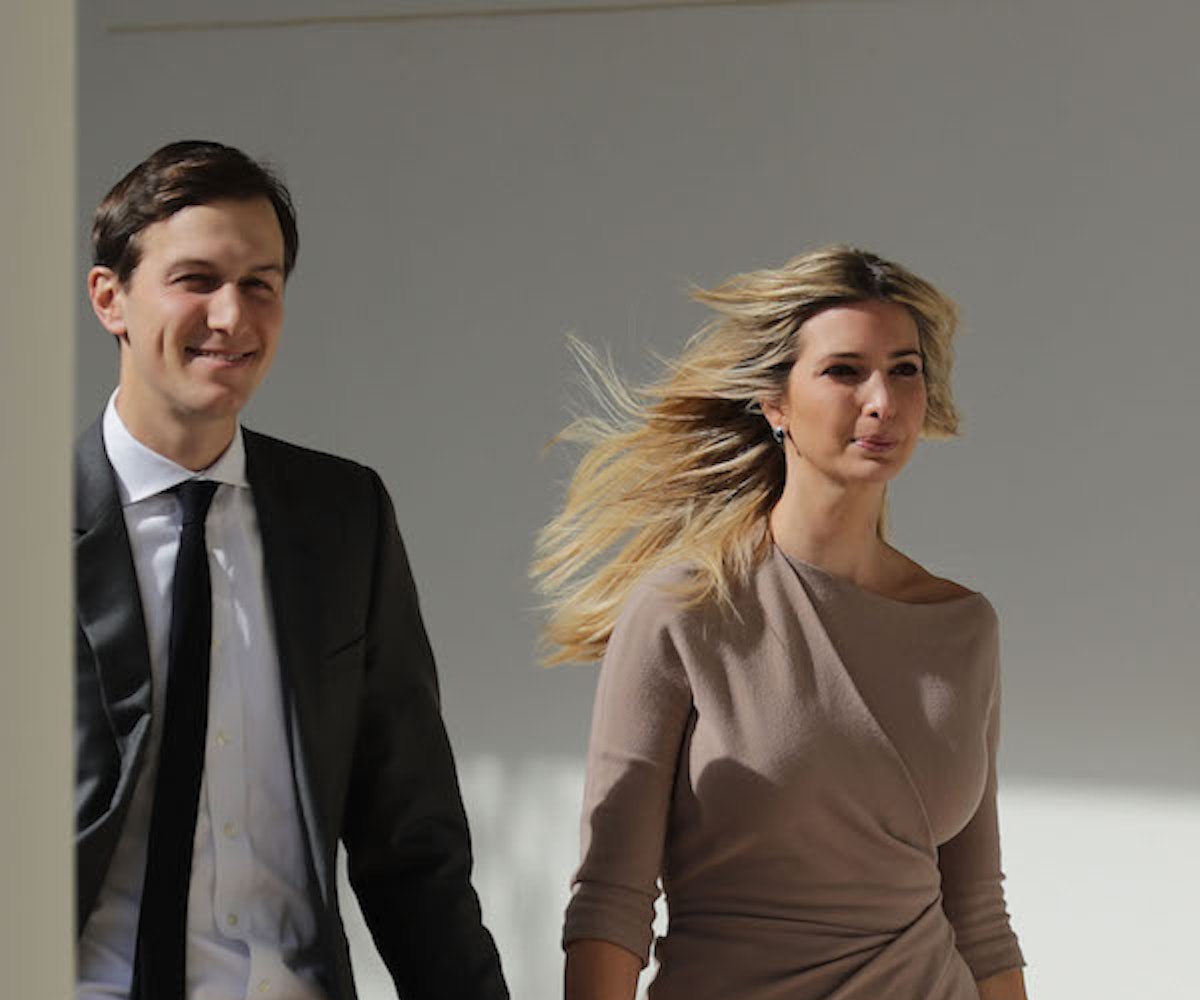 Now that Ivanka Trump is spending a lot more time in Washington, D.C., it's no surprise that she wants to keep those core muscles strong by going to the gym when she can. After all, it must take a lot to stomach many of the decisions made so far in her father's administration.

After attending a local Solidcore class under an alias (as many celebrities do), the gym's owner, Anne Mahlum, saw this as an opportunity to engage Trump in a dialogue about how her father's policies adversely affect her clients. On Facebook, Mahlum posted: "What you do when you find out Ivanka Trump just took [Solidcore], but used an alias to sign up for class? You reach out and ask for a meeting. While I don’t know her and I always seek to understand… I do know her father is threatening the rights of many of my beloved clients and coaches and as a business owner, I take my responsibility to protect and fight for my people very seriously."

Predictably, plenty of people on Facebook and Twitter fired back at Mahlum, telling her (amongst other things) that it's not appropriate to single Trump out and that it's discriminatory to prevent her from taking classes (though it doesn't seem that the gym has denied her access). In a second statement, Mahlum said: "After Ivanka Trump took a [Solidcore] class, I reached out to have a dialogue with her. Ivanka was one of the most steadfast, vocal, and visible people during president Trump's campaign and [Solidcore] clients have already been adversely impacted, directly and indirectly, by the president's decisions that he has made in his first few weeks in office. I am extremely proud of the inclusive community at [Solidcore] that respects everyone's age, race, religion, sexual orientation, or otherwise, and it is my key priority to protect that community. As I said in my Facebook post, I do not know Ivanka, but I welcome the opportunity to open up the communication channels and I hope she takes me up on my offer." As of now, Mahlum has removed these posts from her Facebook, but screenshots are being posted by users on Twitter.

While it seems unlikely that Trump is going to reach across the yoga mat on this one, it's possible she could use this as an opportunity to bridge the ever-widening gap between her father's administration and the real, everyday people it effects, even if it's just for show. Or, she'll just go to another gym down the street, or fly back to New York every time she wants to go to the gym. Yeah, it'll probably be that one.