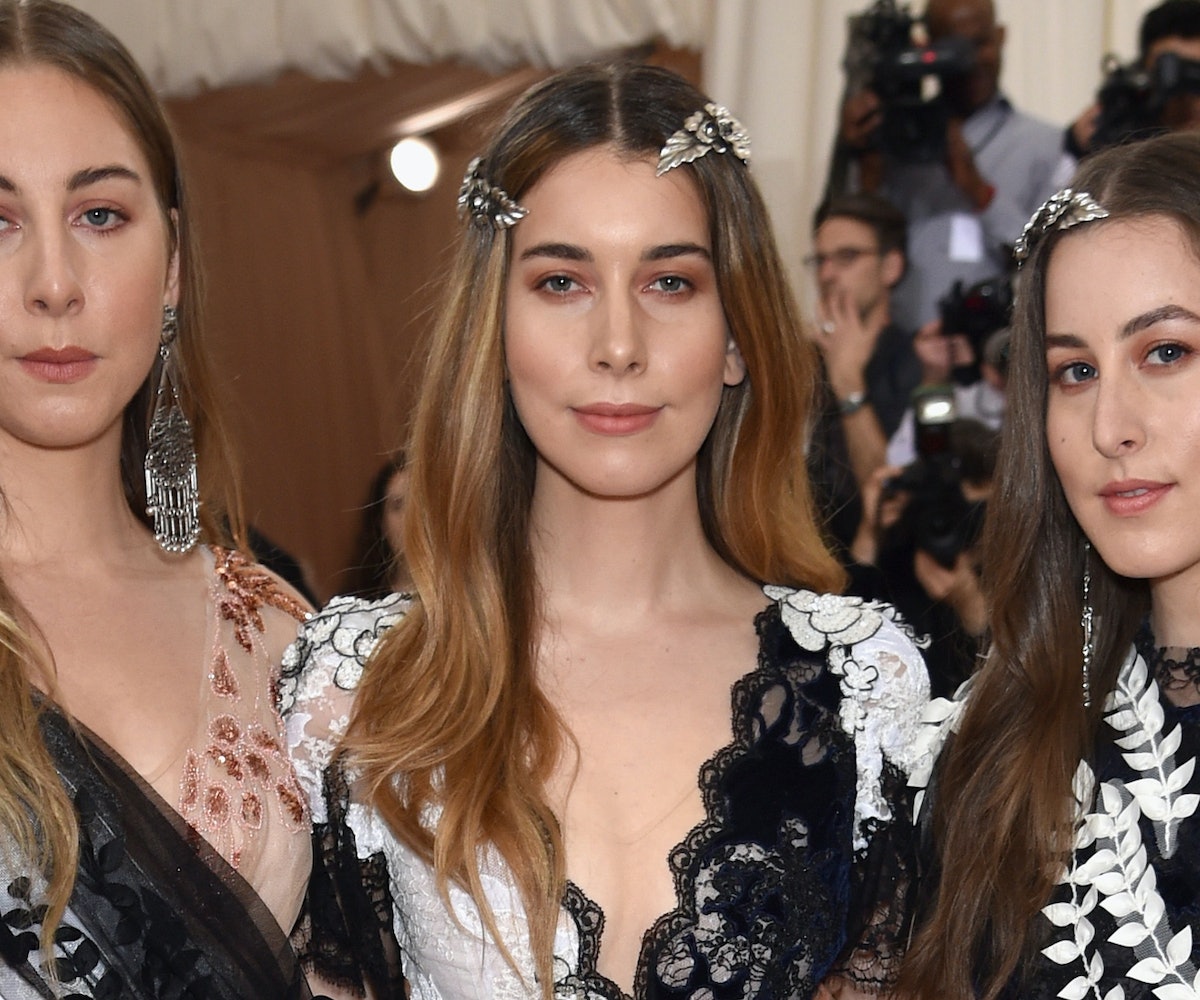 From the moment I first heard HAIM's "Don't Save Me," it was pretty obvious I was listening to the work of otherworldly beings. Then, "The Wire" came out, and all was solidified: The sisters Haim are complete and total goddesses. Throw just about any instrument in their path and you'll get a sonic masterpiece of siren proportions. So, to mark their first Met Gala appearance, Este, Danielle, and Alana Haim came dressed as the untouchable divine beings that they are. Bathed in Rodarte, the trio swung by to remind everyone that metallic finishes, shiny textures, and feathers aren't the only way to show off futuristic vibes. Sometimes all you need is laser-cut lace and strategic draping to put off an otherworldly attitude. But just in case, you weren't getting it, they also wore Grecian-inspired metal headpieces, to really drive the point home. There's a pretty good chance that they'll be the best dressed of the entire night. At the very least, though, they're angels, and we should treasure them while we wait patiently for another album.

NEXT UP
Fashion
Apple Martin Is A Chanel Girl Now
Fashion
R&B Artist María Isabel Is Making Room For New Style With Nuuly
Entertainment
Meet Amy Allen, The Grammy-Nominated Songwriter Behind Pop's Most Honest Hits
Entertainment
Muni Long On The Grammys, Burnout & Not Worrying About The Labels
Style + Culture, delivered straight to your inbox.