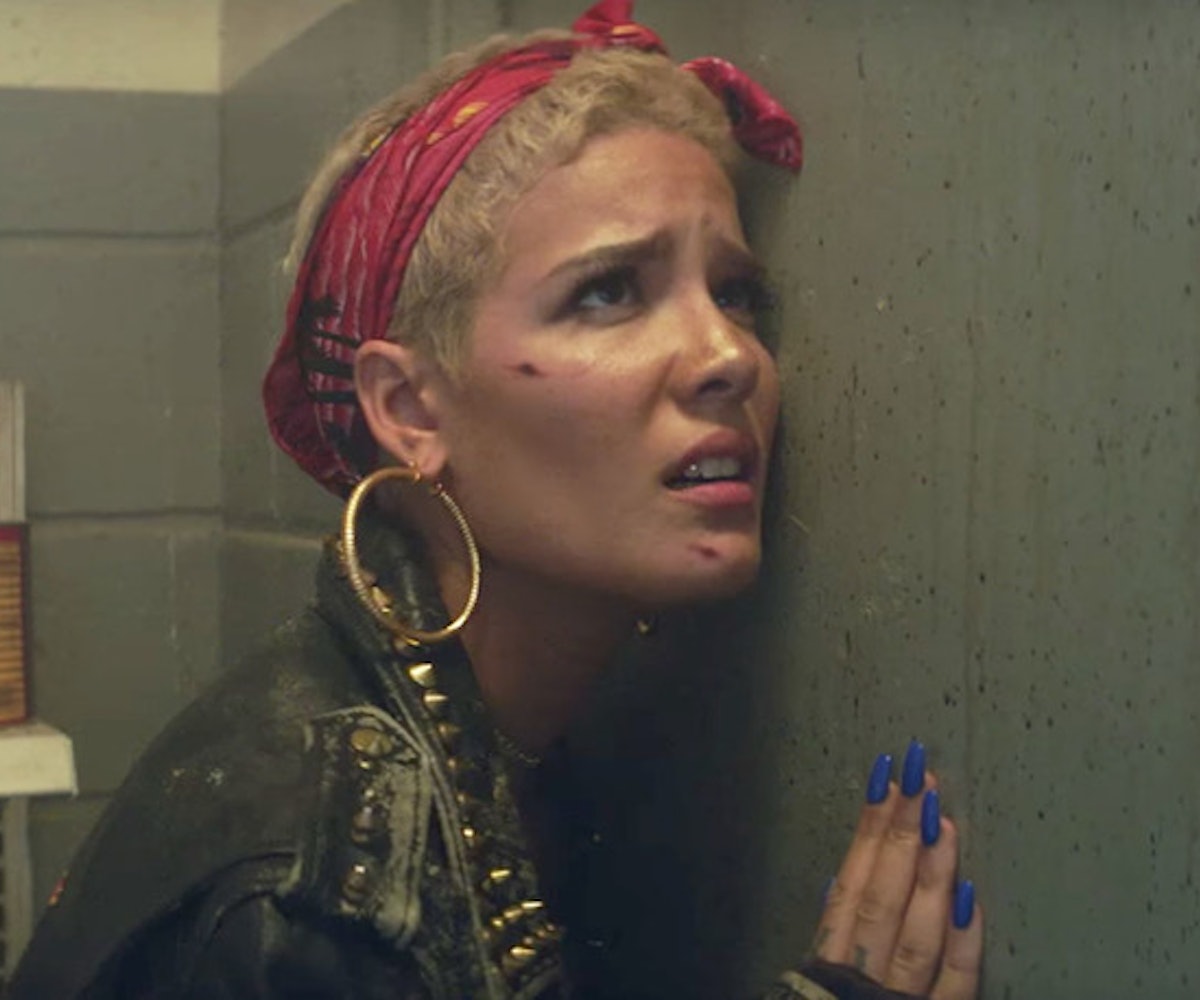 Halsey's new music video for "Bad at Love" picks up where her "Now or Never" video left off. She's on the run from the cops in the desert. In a press release, Halsey called the videos part of a "long narrative that tells the story of two people in love despite the forces trying to keep them apart."

In the "Bad at Love" video, co-directed by Halsey and Sing J Lee, the singer rolls in on a motorcycle with a shaved head and leather jacket, with fresh cuts on her face following the fight scene in "Now or Never."

She stops at a gas station, discovers she's a wanted fugitive, and narrowly avoids the police with the help of some new friends. Then, the four women drive off in a convertible together. It's like Mad Max meets Crossroads.

Both "Bad at Love" and "Now or Never" are from Halsey's new album hopeless fountain kingdom.