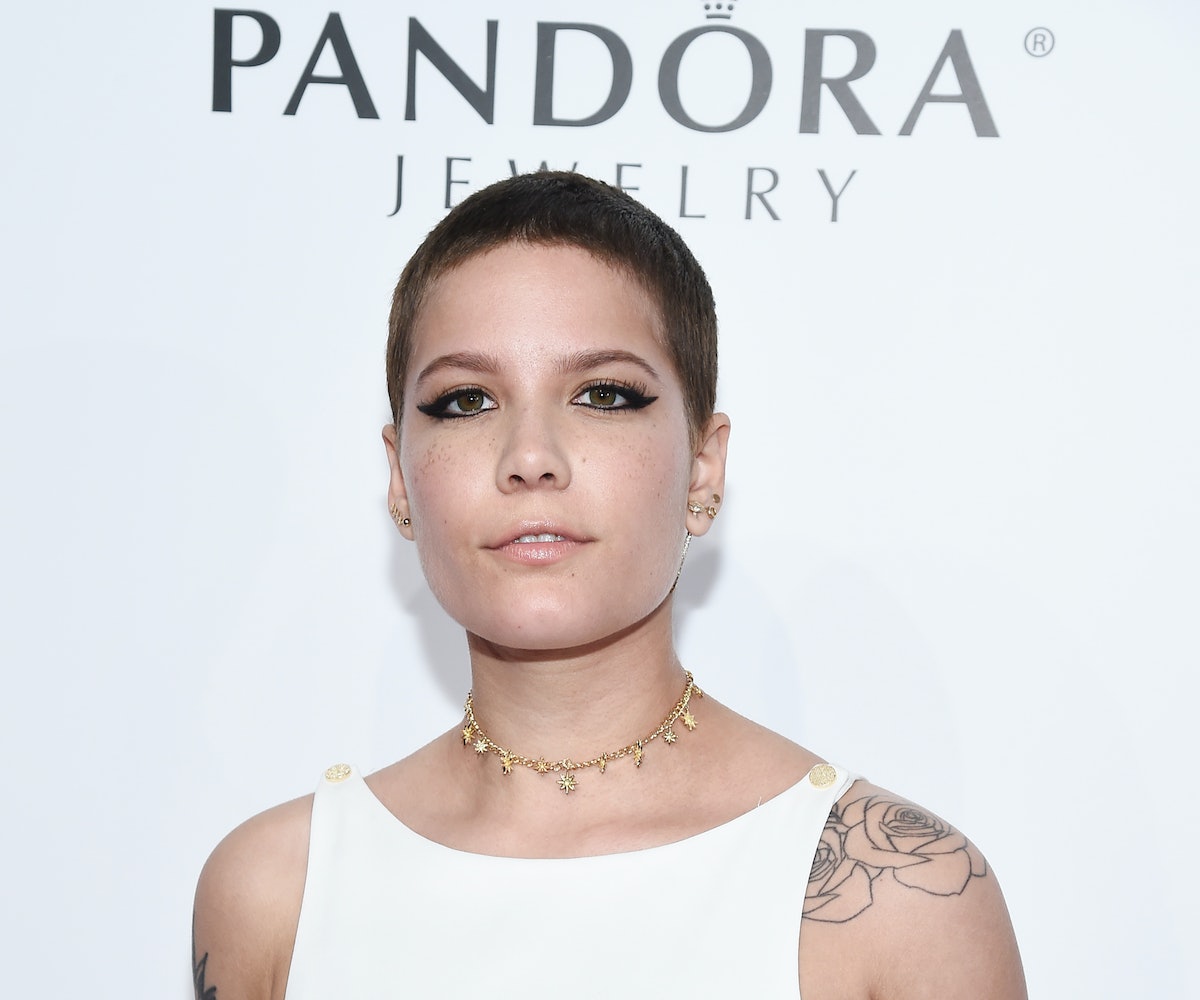 Halsey has had quite the year hair-wise. She started off 2016 with a short pixie cut, opening up in our June/July issue that she chose to shave her head “to be able to prove that I could still love myself if I did it.” In June, she went green for a bit. In July, she experimented with blonde. During this year’s VMAs, she even threw it back to her long hair days with some extensions. She eventually went back to the buzz cut, and now, she’s given her hair the purple treatment.

The singer debuted her new bright shade on Instagram, to the tune of three purple peace sign emojis. Which may or may not mean that she’s… at peace with her new color? Just a guess.

Halsey did announce yesterday that she’s joining Justin Bieber on tour for three nights in Europe. Perhaps the new color is in honor of her new adventure. Or maybe she was just looking for a new hue to play with. Either way, we’re here for the royal purple takeover.