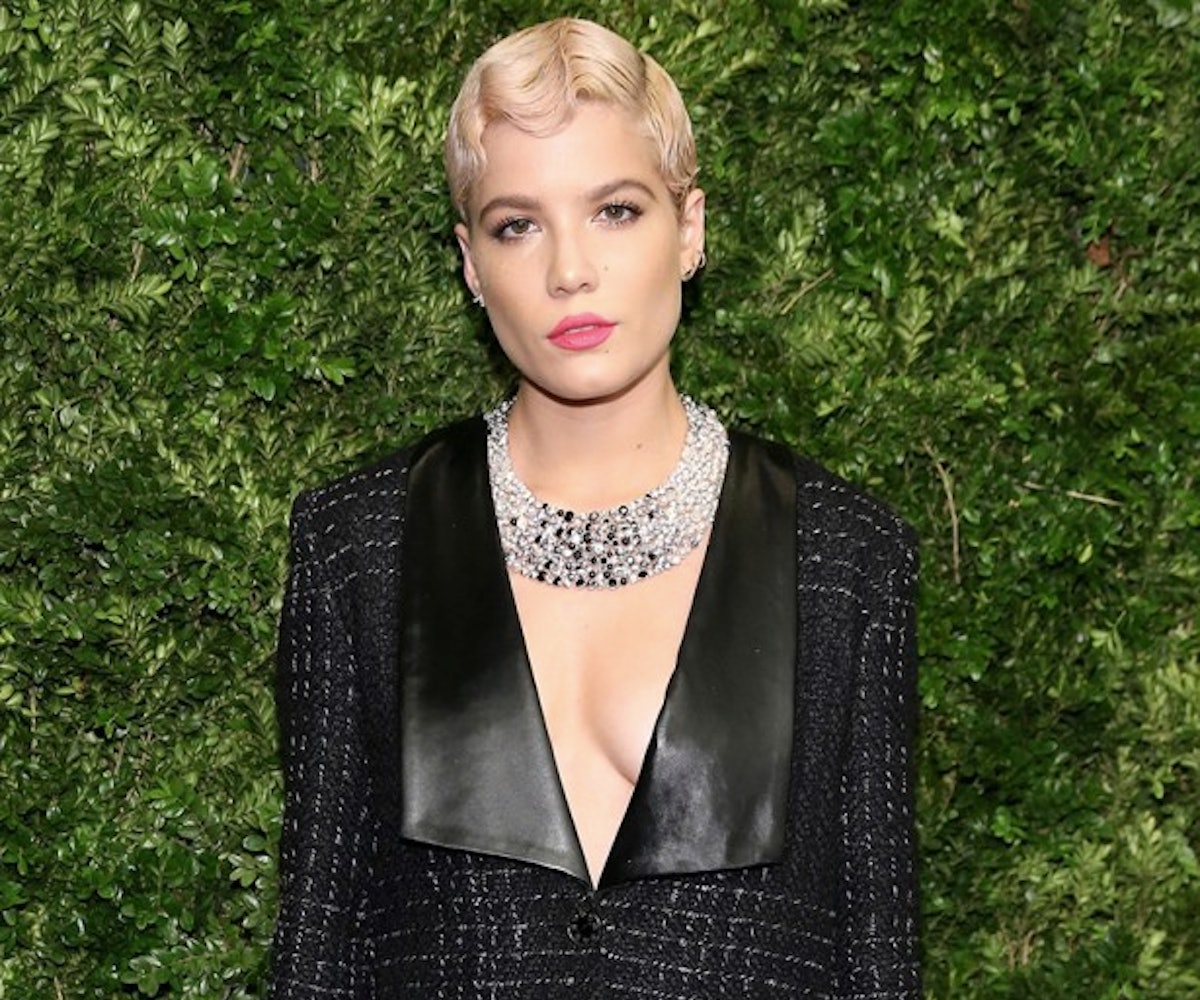 Halsey has never shied away from discussing her battle with endometriosis, which she addressed on Twitter earlier last year. For those of you unfamiliar with the disease, endometriosis is a chronic condition where the tissue that lines the uterus begins to grow outside of it, causing extreme pelvic pain and fatigue, amongst other symptoms.

On Friday, the 22-year-old singer once again took to social media to address her struggle with the disease, just after enduring a number of surgeries associated with endometriosis. "Today I braved multiple terrifying surgeries," Halsey wrote underneath a photo of herself dressed in full hospital regalia. "The most important of which being the surgery that would hopefully treat my endometriosis. For those of you who have followed this battle of mine or who may suffer with it yourself, you know the extremes to which it can be mentally exhausting and physically painful.”

Halsey went on to describe the agonizing pain she was in post-surgery, and wrote that in her recovery, she'll be relying on her fans for "strength and stamina." And since at least five million women in the U.S. alone suffer from endometriosis, Halsey's final message was one of hope and support. "If you suffer from chronic pain or a debilitating disease please know that I have found time to live a crazy, wild, rewarding life AND balance my treatment and I hope so much in my heart that you can too,” she wrote. “I’m gonna be off the map for a few days but please know even if I’m not on social media I am thinking of you.”

We're thinking of you too, Halsey.