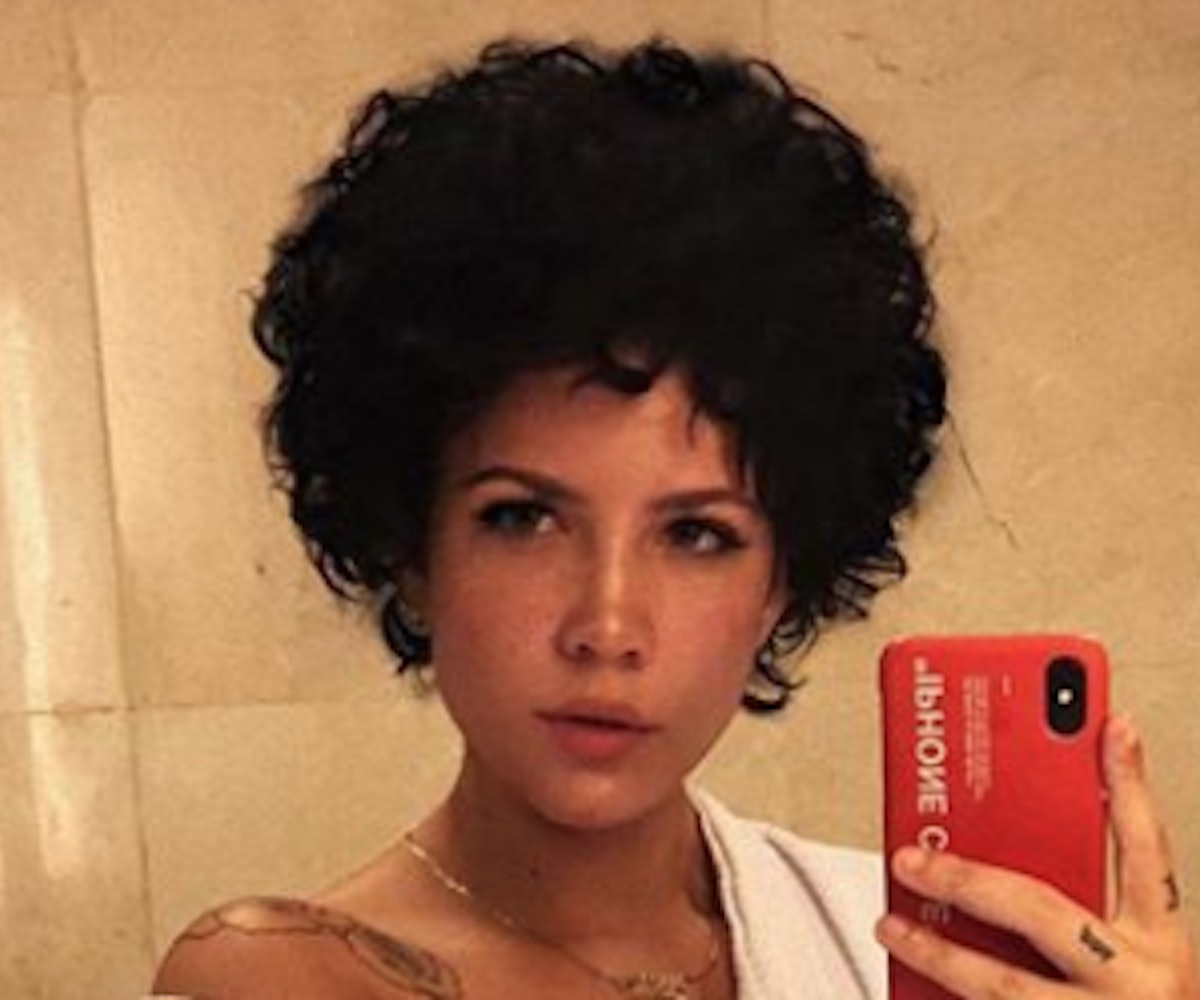 Halsey's decision to wear her natural hair has elicited such an unfortunate online reaction that she had to address the haters.

On Friday, the singer posted a gorgeous mirror photo of herself with her natural curls on full display, writing, "New growth, new growth; all these fades I outgrew."

And while most of the comments underneath the photo appeared to be positive, as Yahoo! reports, more than a few people voiced "skepticism" about her hair, with many asking if it was a "perm" or "wig." It even got to point where a few commenters began accusing her of "cultural appropriation"—though, as a few of her defenders noted, Halsey is biracial, and that's her natural texture.

It wasn't long until Halsey hit back at the haters herself. “I can’t believe I spent a whole damn year growing out my curls under those wigs for y’all to say my natural hair looks like a wig," she wrote on Twitter. "Some fucked up shit lmao.” To further prove her point, Halsey posted a baby photo of herself (curls and all) on Instagram, alongside the caption, "Stay Mad."

Thankfully, her fans have been nothing but supportive. "Screw them your natural hair is gorgeous & we all know how hard you’ve worked for this," one person wrote on Twitter. "Ignore them and enjoy that FLAWLESS set of curls."

NEXT UP
Culture
NYLON Party Report Card: Partying With The Stars & 94 Foot Long Whale At The Natural History Museum Gala
Entertainment
Paramore Announces Album 'This Is Why' For February 2023
Entertainment
TikTok's Wednesday Dance Trend Is Giving '80s Band The Cramps A Second Life
Entertainment
The 20 Best K-Pop Releases Of 2022