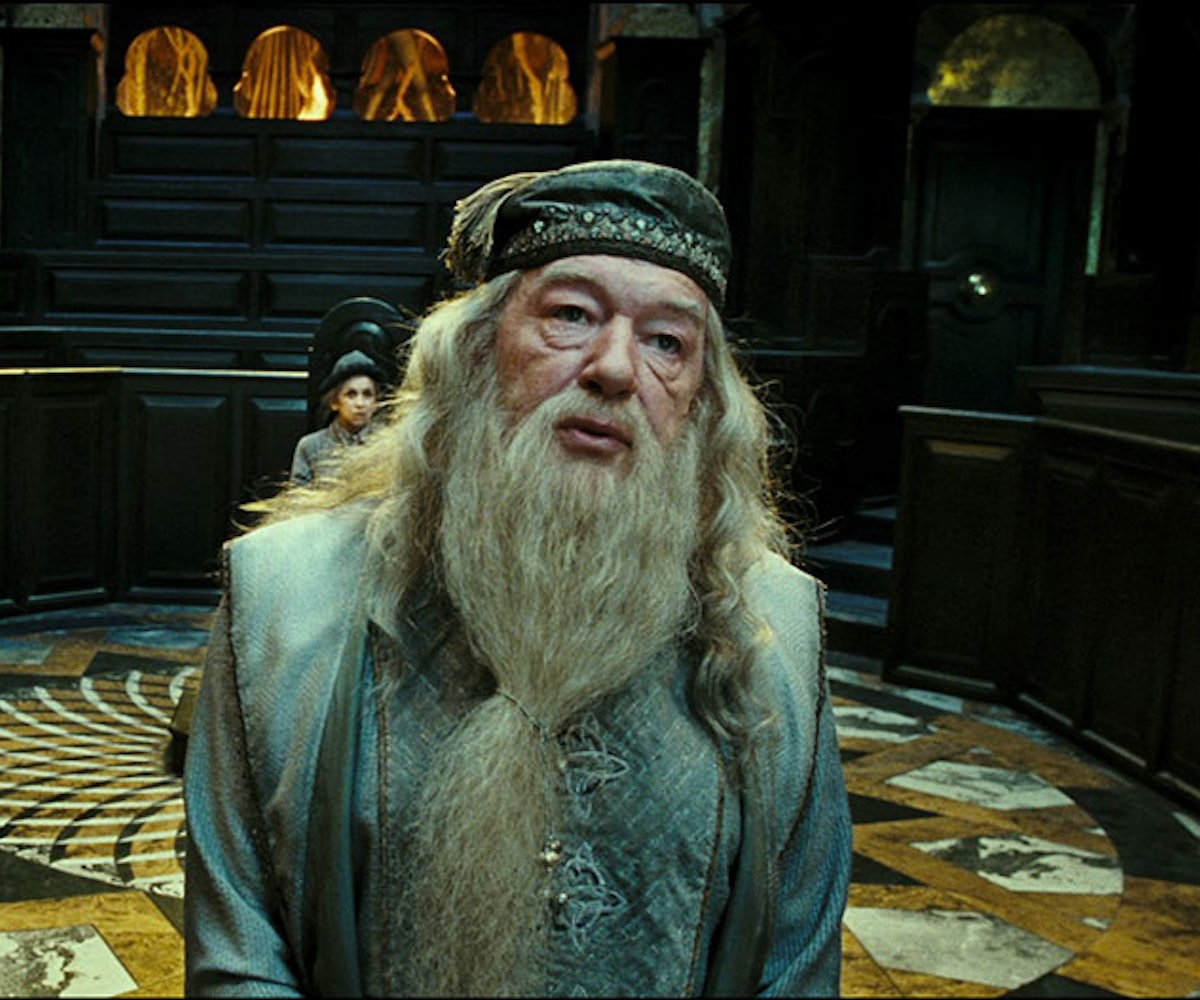 The Albus Dumbledore you or someone you know knows is probably not so. A new theory about the former Hogwarts headmaster claims he is more than the humble wizard fans have come to love.

The theory that’s making its way around Tumblr stems from "The Tale of Three Brothers," the fairytale told in Harry Potter and the Deathly Hallows. Essentially, three wizard brothers create a bridge with their wands to cross a dangerous river. Death greets them on the path, upset the brothers had “cheated” him. He awards each for their efforts, though: The Elder Wand goes to the brother seeking ultimate power; the Resurrection Stone goes to the brother hoping to bring people back to life; the Invisibility Cloak goes to the brother who believes Death is up to no good and asks for a device to walk around unnoticed.

Indeed, it was Dumbledore who gave Harry the Invisibility Cloak and the Resurrection Stone (in the form of the Snitch); the Elder Wand, obtained by Dumbledore before Harry’s story began, fell into Harry’s possession after defeating Malfoy in a duel. Who else but Death could have possessed all those things? Now, because Harry has all of these items, is he Death? Riddle us that, Tumblr.