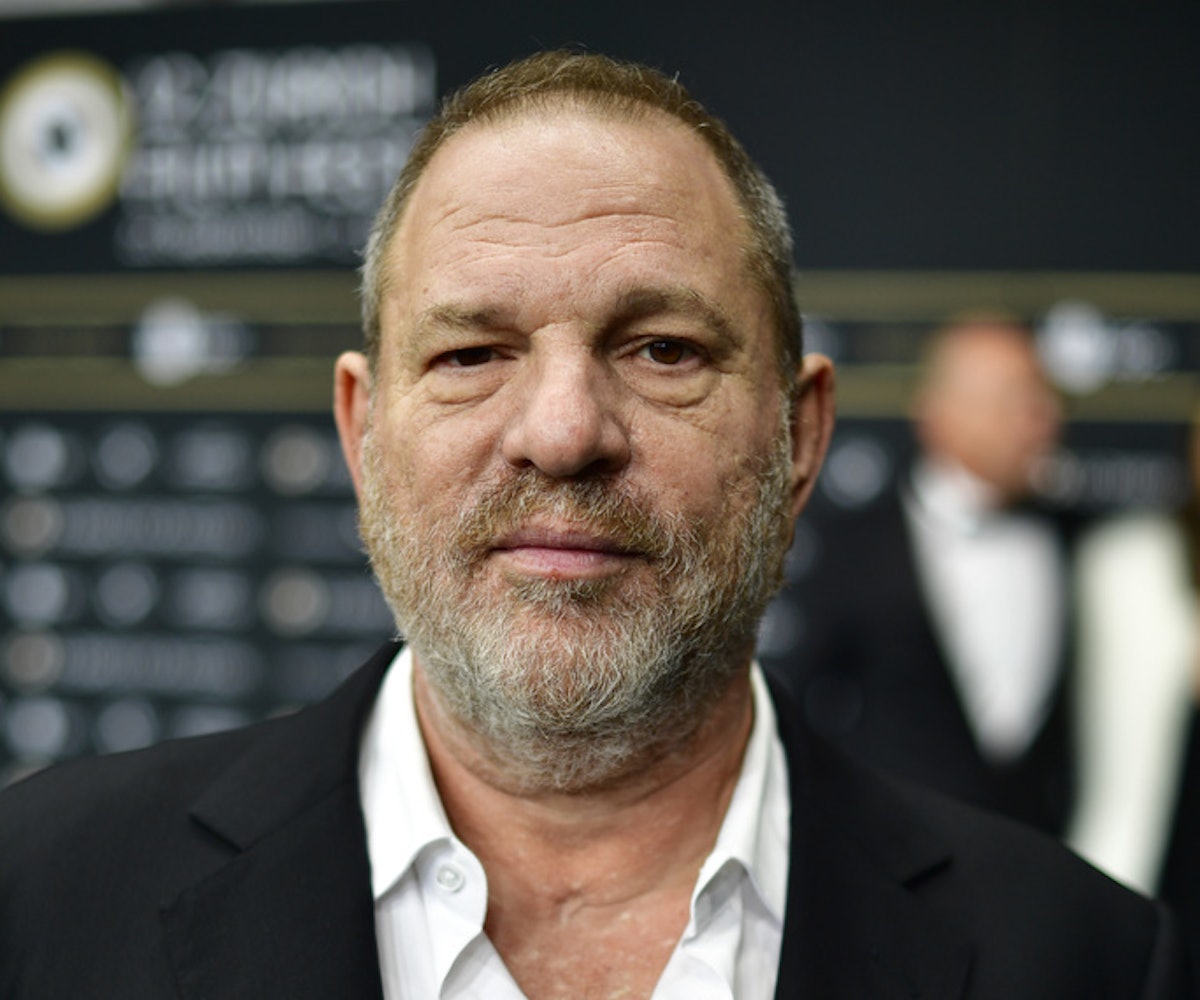 In 2015, Lauren O’Connor wrote a memo to the Weinstein Company that included “page after page” of sexual harassment accusations against the company's founder, Harvey Weinstein. In it, O'Connor described the inappropriate encounters herself and other female employees experienced at the hands of Weinstein, their boss. She revoked her complaint after receiving a settlement but, according to a recent piece from the New York Times, she was just one of many women to accuse the Hollywood mogul of similar actions.

According to the Times, the allegations against Weinstein go back nearly three decades. He reached at least eight settlements with women who have accused him of sexual harassment and unwanted physical contact, including two young assistants, an actress in the ‘90s, an Italian model in 2015, and O’Connor not long after. Most had to agree to stay silent about the deals or why they came to be based on the terms of their settlements.

Most of the women the New York Times interviewed described similar predatory encounters. Weinstein would invite them up to his hotel room for a private appointment. He would either appear naked in front of them or ask them to give him a back rub or massage. Actress Ashley Judd describes a disturbing encounter in which Weinstein asks if she would watch him take a shower in his hotel room. In 2015, Weinstein reportedly groped model Ambra Battilana and attempted to put his hands up her skirt. She called the police.

But not many women took action. Though “dozens” said they knew about his behavior, only a “handful” ever confronted him. The reasons are part of a common narrative: Some were embarrassed and others were scared of getting in trouble themselves. “I am just starting out in my career, and have been and remain fearful about speaking up,” O’Connor wrote in her report. “The balance of power is me: 0, Harvey Weinstein: 10.”

Weinstein provided a statement to the New York Times in which he apologizes, mentions he’s going to be taking a leave from the company, awkwardly quotes Jay Z, states his plans to make a movie about the NRA, and says he’s in the process of organizing a foundation that will give scholarships to women directors at USC. “Though I’m trying to do better, I know I have a long way to go,” he writes. “My journey now will be to learn about myself and conquer my demons.” This statement is a stark contrast to what he said just yesterday, when confronted about the looming article; he joked about buying the movie rights because the “story sounds so good.” His lawyer, Lisa Bloom, told the publication in a statement that “he denies many of the accusations as patently false.”

Sadly, this is a story told far too often: A man in a position of power preys on the vulnerable. As some people on Twitter have pointed out, the scariest part is always what hasn’t been mentioned, who hasn’t come forward, and the fact that there are likely other high powered animals still out there who haven’t been caught.

Anne Donahue, who writes for NYLON, is asking women to share their stories about when they met the Weinstein in their life.

Other women, including Amber Tamblyn, provided sobering reminders of how often this happens.

Lena Dunham commended the women that came forward and spoke up.

Others asked the question that's been posed for centuries: What if we just believed women?

According to Variety, the New Yorker will also be coming out with a story of its own detailing Weinstein’s repulsive actions. Read the New York Times’ full report here.