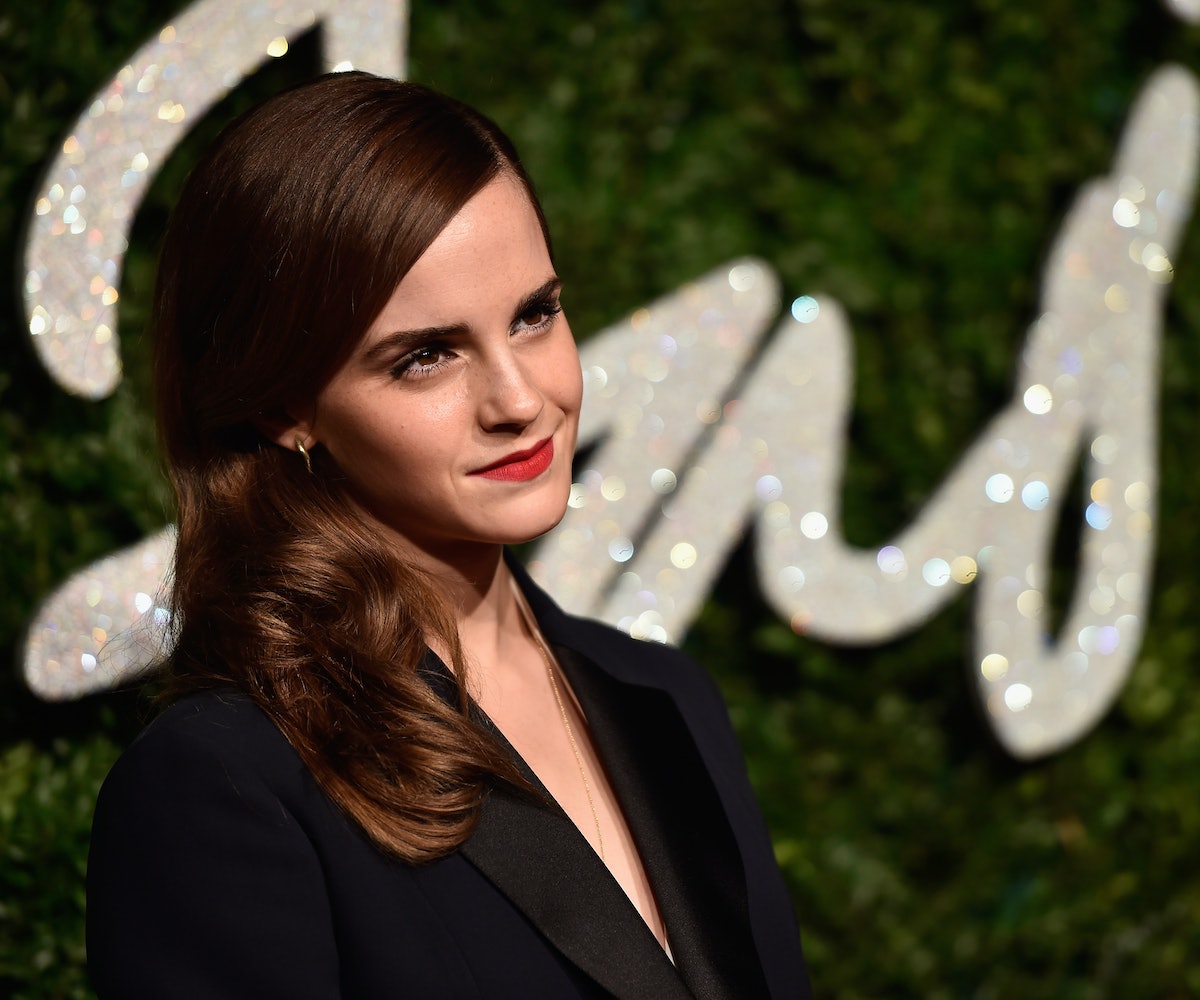 Though she may not be at the Oscars, Emma Watson is always prepared to make her voice heard for a good cause—especially when that cause is feminism. While Watson's influence spreads far and wide, her latest celebrity partnership comes as a bit of a (delightful) surprise.

Earlier today, the actress thanked Best Actor nominee Steve Carell on Facebook for getting involved in her cause, #HeForShe. "I think you’re so awesome and today you are wearing ‪#‎HeForShe‬ Monique Péan cufflinks at the Oscars to support Gender Equality," she wrote. "Couldn’t be more proud! THANK YOU." While Reese Witherspoon had voiced her support for the #AskHerMore campaign in light of the Oscars, Watson and Carell have proved that social awareness can be brought to the awards show in different forms.

And while Hollywood still has a ways to go in terms of gender equality, it's refreshing to see stars making any sort of movement to support women—even if that simply means wearing cufflinks that go towards a good cause.  With this small collaboration, Watson and Carell have given us a little more optimism about the future of women in Hollywood and the world as a whole.