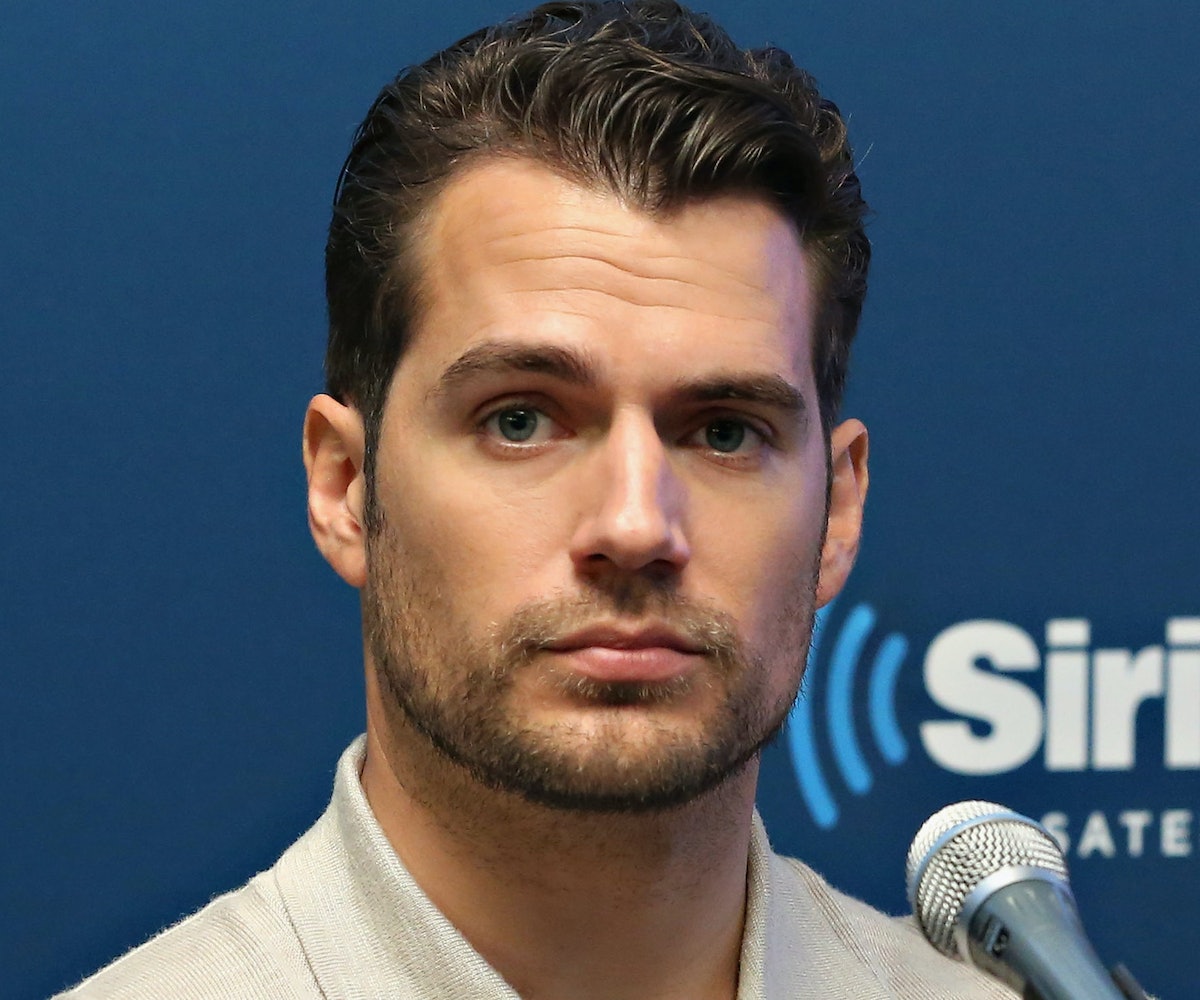 UPDATE 7/13/18 12:20pm: Henry Cavill has issued a statement apologizing for his comments.

"Having seen the reaction to an article in particular about my feelings on dating and the #metoo movement, I just wanted to apologize for any confusion and misunderstanding that this may have created," Cavill said, per CNN. "Insensitivity was absolutely not my intention... In light of this I would just like to clarify and confirm to all that I have always and will continue to hold women in the highest of regard, no matter the type of relationship whether it be friendship, professional, or a significant other."

"Never would I intend to disrespect in any way, shape or form," Cavill continued. "This experience has taught me a valuable lesson as to the context and the nuance of editorial liberties. I look forward to clarifying my position in the future towards a subject that it so vitally important and in which I wholeheartedly support."

Henry Cavill is in hot water for making tone-deaf comments about the Me Too movement.

The actor, who rose to prominence as Superman in Man of Steel and Justice League, told GQ Australia that his takeaway from Hollywood's anti-sexual harassment movement is that he is afraid he is "going to be called a rapist or something" if he approaches a woman in a flirtatious way. Admitting that he likes a bit of an old-fashioned chase, Cavill suggested that flirting with women is now difficult as there are "certain rules in place." As a result, he finds it "safer" to go just go back to an ex, instead of "casting myself into the fires of hell."

Obviously, these statements have stirred up some controversy. As a Twitter user named Helen Price pointed out, Cavill's "mental gymnastics" are "absurd," and his positioning of himself as a victim of the #MeToo movement is "insane."

"If you’re approaching women in a way that makes them feel uncomfortable or unsafe, then YOU need to change your behavior, instead of whining about how some men are now facing consequences for serial harassment and assault," Price continued. "Stop trying to derail the conversation by claiming #MeToo wants to 'stop men ever talking to women' or some bullshit. If you don’t know the difference between politely asking someone out and sexually harassing them, you have a serious problem."

Not only that, but Cavill also posits himself and the people he surrounds himself with as "good" guys in the interview. “To my memory there’s been no moments where I look back and think, ‘Ooh, OK, maybe someone shouldn’t have gone through that,'" he said.

"I know there have been situations with people I’ve worked with being perhaps overfamiliar with some of the actresses," Cavill continued. "But, I’ve always walked up to them and said, ‘Hey, are you all right? That’s creepy’.” Cavill also said he likes to think that he's never acted in a predatory manner toward women, but "it’s such a delicate and careful thing to say because there’s flirting which, for example, in a social environment is in context—and is acceptable. And that has been done to me as well, in return.”

“Stuff has to change, absolutely,” he added. “It’s important to also retain the good things, which were a quality of the past, and get rid of the bad things."

Read his comments in full here.