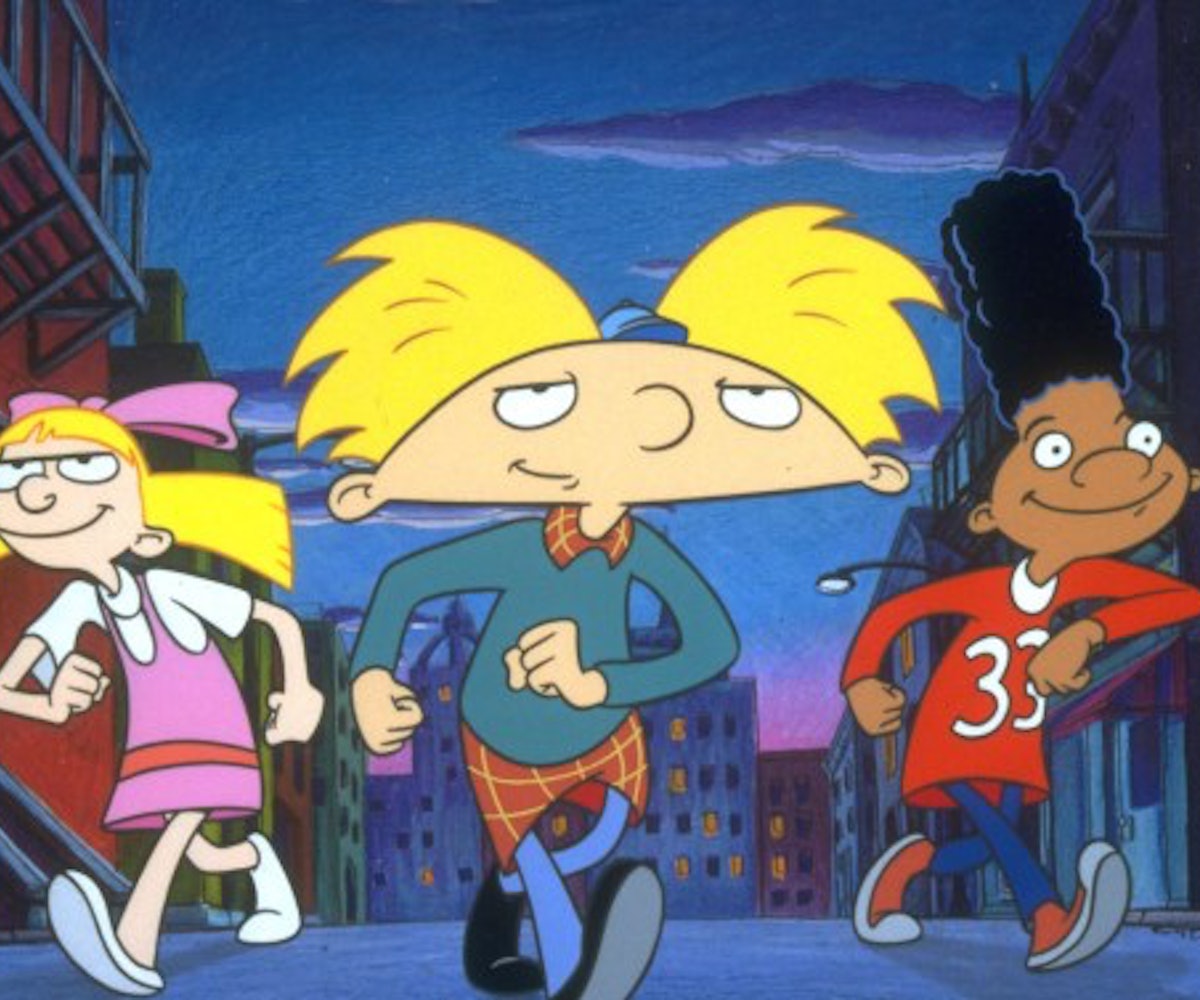 Before CGI advancements were made and Pixar bestowed us with its heartwarming classics, cartoons ruled the airwaves. For those who have been patiently waiting for an animation renaissance, it looks like it's well on its way. Earlier this week, Nickelodeon confirmed that the Hey Arnold!: The Jungle Movie is officially a go.

This news comes a while after the show's creator, Craig Bartlett, took to Instagram to announce that the two-part, two-hour project was greenlit. Along with the confirmation, Nickelodeon revealed that 19 of the original actors are returning for the film. In addition to those who voiced Phoebe, Harold, Rhonda, Olga, Mr. Simmons, Grandpa, Grandma, Stella, Eduardo, Ernie, Bob Pataki, Miriam, Big Patty, Coach Wittenberg, the Stoop Kid, and Miles (who was actually played by Bartlett), Jamil Smith, Francesca Marie Smith, and Lane Toran (who voiced Helga, Gerald, and Arnold, respectively), will reprise their roles.

According to A.V. Club, the movie will pick up where the series ended, when Arnold finds a map that may bring him to his long-lost parents. The movie presumably reveals what happened to his parents, who only appeared in flashbacks. We don't know whether Stoop Kid will actually leave his stoop to go on the adventure with Arnold and co., or whether Helga will finally confront her feelings for Arnold. One thing that's probably for sure, though, is that original fans of the series will be a lot more privy to the more "adult" jokes and undertones revived by Twitter and Tumblr.

NEXT UP
Entertainment
Brendon Urie Officially Disbands Panic! At The Disco
Beauty
Isamaya Beauty’s New Lipstick Was Designed To “Celebrate The Male Form”
Entertainment
Meet Amy Allen, The Grammy-Nominated Songwriter Behind Pop's Most Honest Hits
Entertainment
Muni Long On The Grammys, Burnout & Not Worrying About The Labels
Style + Culture, delivered straight to your inbox.