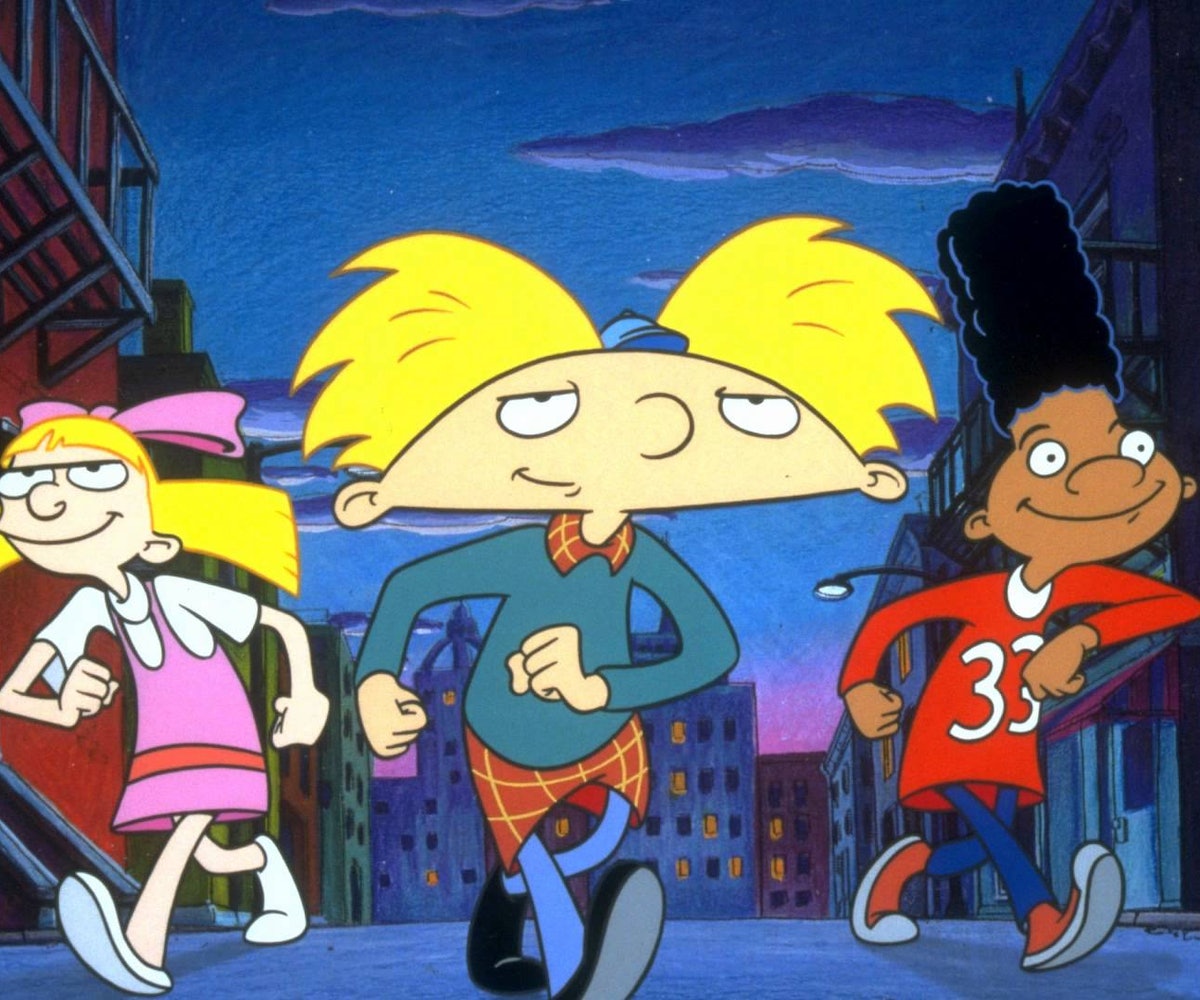 The cartoon is a weird, confusing medium: Fictional animated characters, voiced by real-life people, have helped discover our true identities, allowed us to experience close-to-life events, and, in some cases, helped spark some very real crushes and some very real sexual awakenings. Years ago, the voices behind these influential characters remained a mystery, but now, the Internet has given us the freedom to run amok and uncover every voice actor our heart so wishes to know.

And it turns out that Lane Toran, who voiced Hey Arnold!'s titular character, Recess' King Bob, and the "Cool Kid" from Rocket Power, not only had the voice of a would-be hottie that many years ago, but he's also kind of a looker now. With the robust beard of a Williamsburg mixologist, Mane 'N Tail locks, ice-blue eyes, and a well-practiced squint, Toran is causing Internet pandemonium and inspiring some new Hey Arnold! fan fiction. So, start brushing off the old thesaurus to find synonyms for "football head."