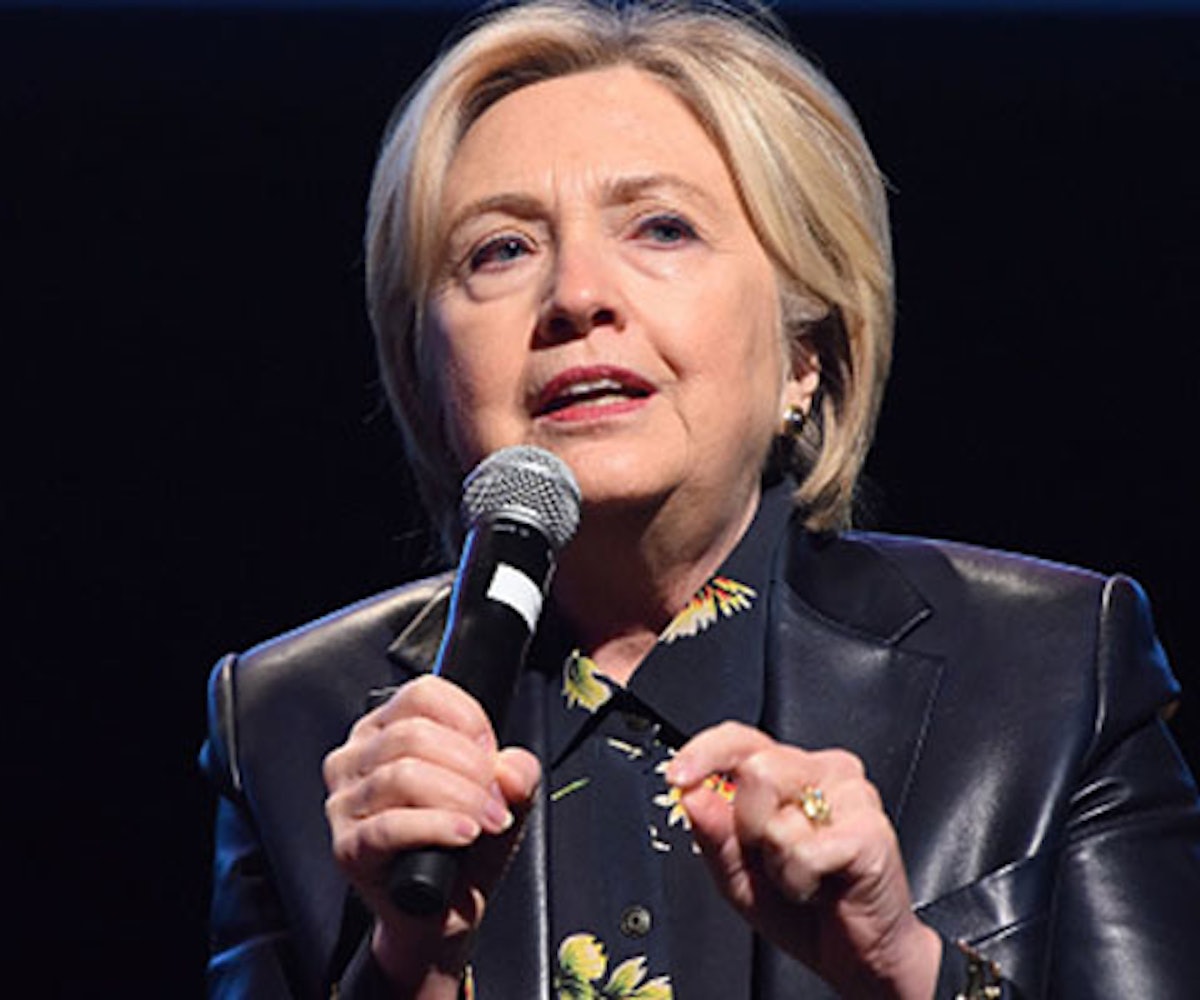 Shortly before Donald Trump delivered his first State of the Union address, Hillary Clinton decided to comment on her decision to keep a 2008 campaign staffer who had been accused of sexual harassment. "If I had to do it again," Clinton wrote on Facebook, "I wouldn't."

According to a report by The New York Times, Clinton decided to keep her senior campaign staffer and "faith advisor" Burns Strider on staff after one of his female coworkers accused him of sexual harassment. Against the advice of her campaign manager, Clinton didn't fire Strider, but docked his pay and forced him to attend counseling. The woman who he harassed was moved to another position.

Strider was eventually fired for sexual harassment by an independent organization supporting Clinton’s 2016 campaign. She said that, at the time, she didn’t think firing Strider was the best solution. "He needed to be punished, change his behavior, and understand why his actions were wrong," she wrote. "The young woman needed to be able to thrive and feel safe. I thought both could happen without him losing his job. I believed the punishment was severe and the message to him unambiguous."

Clinton also said she believes in second chances, but that, in Strider's case, his was squandered. "That reoccurrence troubles me greatly," she wrote of his eventual firing for harassment, "and it alone makes clear that the lesson I hoped he had learned while working for me went unheeded."

If she could go back in time, Clinton said, she would do things differently. She also addressed the fact that, as a woman, people will be more critical of her allowing a toxic work environment to thrive.

"I recognize that the situation on my 2008 campaign was unusual in that a woman complained to a woman who brought the issue to a woman who was the ultimate decision maker," she said. "There was no man in the chain of command. The boss was a woman. Does a woman have a responsibility to come down even harder on the perpetrator? I don’t know. But I do believe that a woman boss has an extra responsibility to look out for the women who work for her, and to better understand how issues like these can affect them."

Clinton said it's taken her so long to speak on the controversy because she was "grappling with this and thinking about how best to share" her thoughts. She was eventually inspired to address it after a conversation with the woman who accused Strider of harassment.

"I hope that my doing so will push others to keep having this conversation—to ask and try to answer the hard questions, not just in the abstract but in the real-life contexts of our roles as men, women, bosses, employees, advocates, and public officials," she wrote. "I hope that women will continue to talk and write about their own experiences and that they will continue leading this critical debate, which, done right, will lead to a better, fairer, safer country for us all."