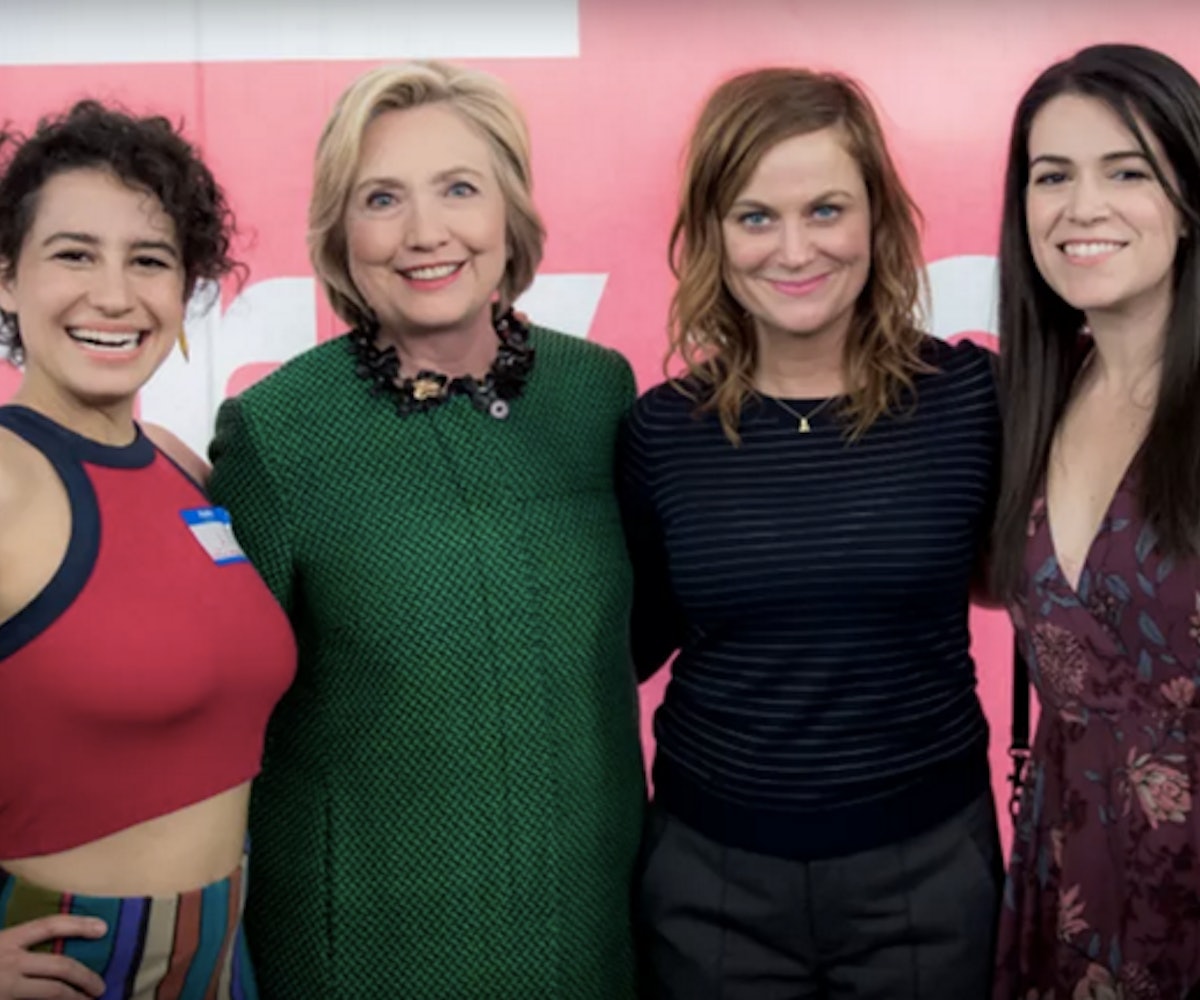 Hillary Clinton officially has the 20-something Millennial Brooklynite vote on lock. On Friday, a series of photos flooded the Internet featuring Hillary Clinton on the set of Comedy Central's Broad City, suggesting that the presidential candidate will appear in the Comedy Central hit's upcoming third season. In the photos, which were posted by both Broad City's and Clinton's official Twitter accounts, Clinton can be seen canoodling with Ilana Glazer and Abbi Jacobson on camera, which suggests a major three-way love fest is in the works. The show's executive producer, who happens to be none other than Amy Poehler, also appears, because when you have a chance to hang out with the future leader of the free world (that's right, we're calling it), you take it.