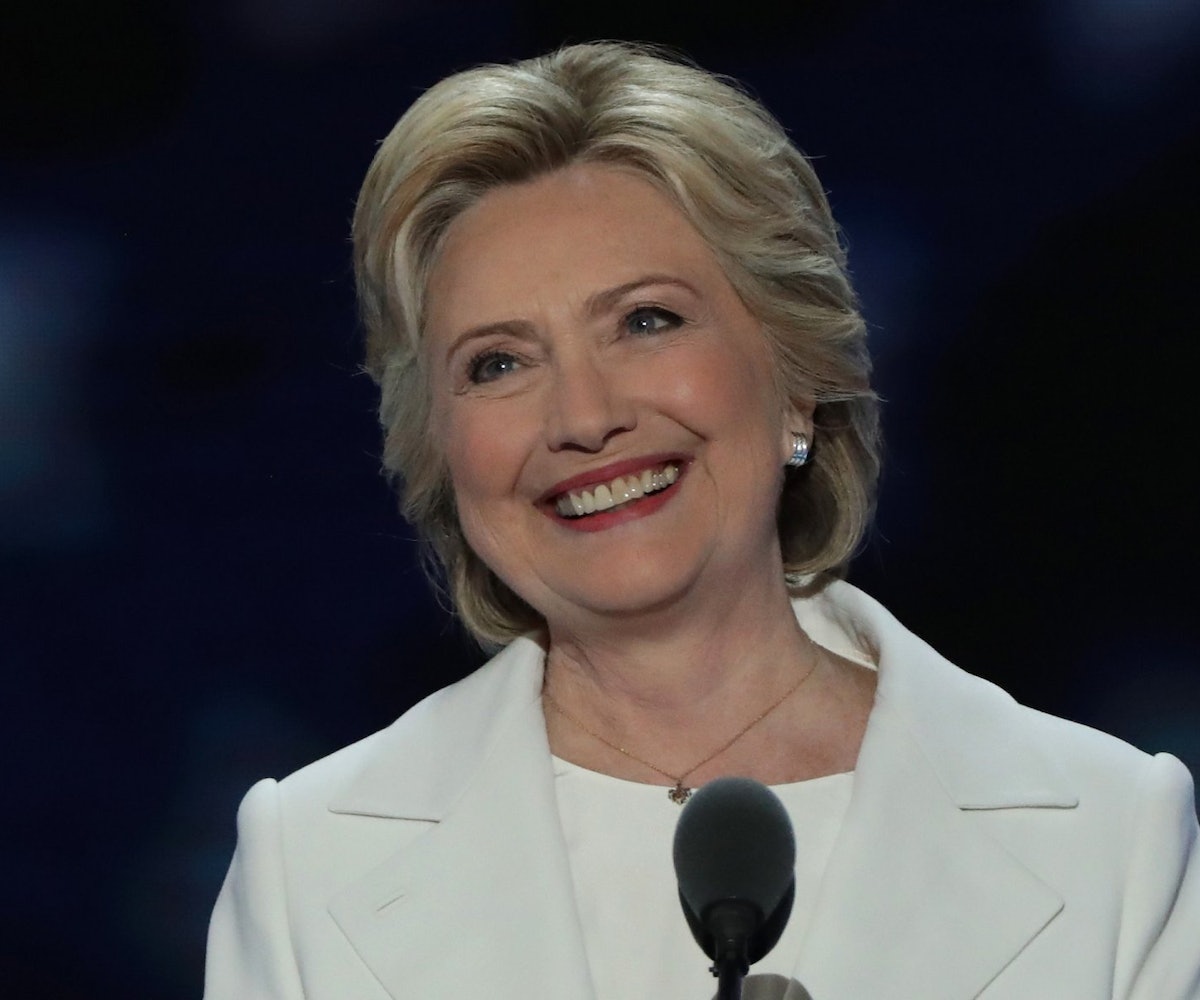 Hillary Clinton made history last night, not only as the first female major party candidate for president but also as the deliverer of a pretty sick burn ("A man you can bait with a tweet is not a man we can trust with nuclear weapons.") She followed days of remarkable—and highly quotable—oratorical performances at the Democratic National Convention, including standout speeches from First Lady Michelle Obama, President Barack Obama ("don't boo, vote!"), former New York mayor Michael Bloomberg ("together let's elect a sane, competent person"), and Clinton's husband, former President Bill Clinton.

Beyond these well-known names, the Democratic Party had incredibly moving speeches by people like Khizr Khan, a Muslim-American man whose son was killed in Iraq while serving in the U.S. Army. Khan ripped apart the bigoted rhetoric of Donald Trump, whose promise to ban Muslims from entering the country and build walls along America's borders is a threat to the lives of people like Khan, but also, all of us who live here. Another notable speaker was Sarah McBride, the first transgender woman to speak at a national convention; McBride's prominence indicates the lengths to which the Democratic party (who, lest we forget, only added a desire to legalize nationally same-sex marriages to their official platform in 2012) has gone to become a place of inclusiveness and diversity.

This stands in stark contrast to the Republican Party and indeed the Republican National Convention; Fusion compiled statistics about the delegates at both conventions, and, perhaps unsurprisingly, the DNC was far more representative of the diversity of the American people than was the RNC. (Eighteen black people spoke on the first night of the DNC alone; there were only 18 black delegates total at the RNC. The DNC had 1,182 black delegates.) All of which is to say, the DNC's slogan "Stronger together" is pretty much on-point.

But let's get to the main event: Hillary. Although never praised for having the same oratorical genius as President Obama or her husband, Hillary Clinton has long since proved that she's more than adept at getting her point across, even while being highly criticized for absurd and implicitly sexist things, like not smiling enough or sounding too gruff and forceful. Last night, though, she was on fire. Her speech started off at a slow burn but continued to get stronger and stronger as she referenced her role as a mother of a daughter (the incredibly poised Chelsea, who introduced her) and her role as her mother's daughter. Listeners learned that Clinton's mother found work at just 14 years old in order to find an escape from a difficult life. It was impossible not to feel inspired by the fact that, whatever her flaws (including maybe making a too-on-the-nose "Hamilton" reference) may be, Clinton has worked her entire life to be where she was last night, alone on a stage engaged in a battle to become the next President of the United States.

Clinton has been serving this country in one capacity or another for decades. There is no single politician who can come through that amount of service without having faced legitimate criticism and without having made decisions with which many people will disagree. (Even almost universally beloved Joe Biden behaved more than questionably during the Clarence Thomas-Anita Hill hearings, and he's become something of a feminist meme.) Clinton is no different. But the mark of a truly great public servant is one who embraces change, whose positions evolve along with the arc of moral progress, who admits past mistakes and works to right them. Clinton does all of these things. She speaks to a campaign of inclusiveness and togetherness, not one of divisiveness and fear-based rhetoric. Or, rather, Clinton reminds us that the only thing we have to fear is the kind of rage-filled insults spewed by her opponent, a man who is living proof of the ugly underbelly of this country and the difficulties posed in solving this nation's systemic problems, things like racism, xenophobia, and sexism.

Clinton might not be the first choice of candidate for many Americans—even many Democrats—but she is the only choice who doesn't pose a significant threat to this country's security and standing in the world. (How many other candidates in American history, after all, have publicly called for another country to hack into our government official's computers?) And so there is real hope in her message that we are "stronger together," and real hope—particularly based on the various, diverse speakers at the convention who came out in support of her—that she will deliver on her promises to make this country stronger, and to bring it together.

Last night, Hillary Clinton broke one of the few remaining glass ceilings a professional woman has in this country. And when she did? A whole lot of balloons came out.

Which is much more than can be said for what happened at the RNC. Just ask Rudy Giuliani.