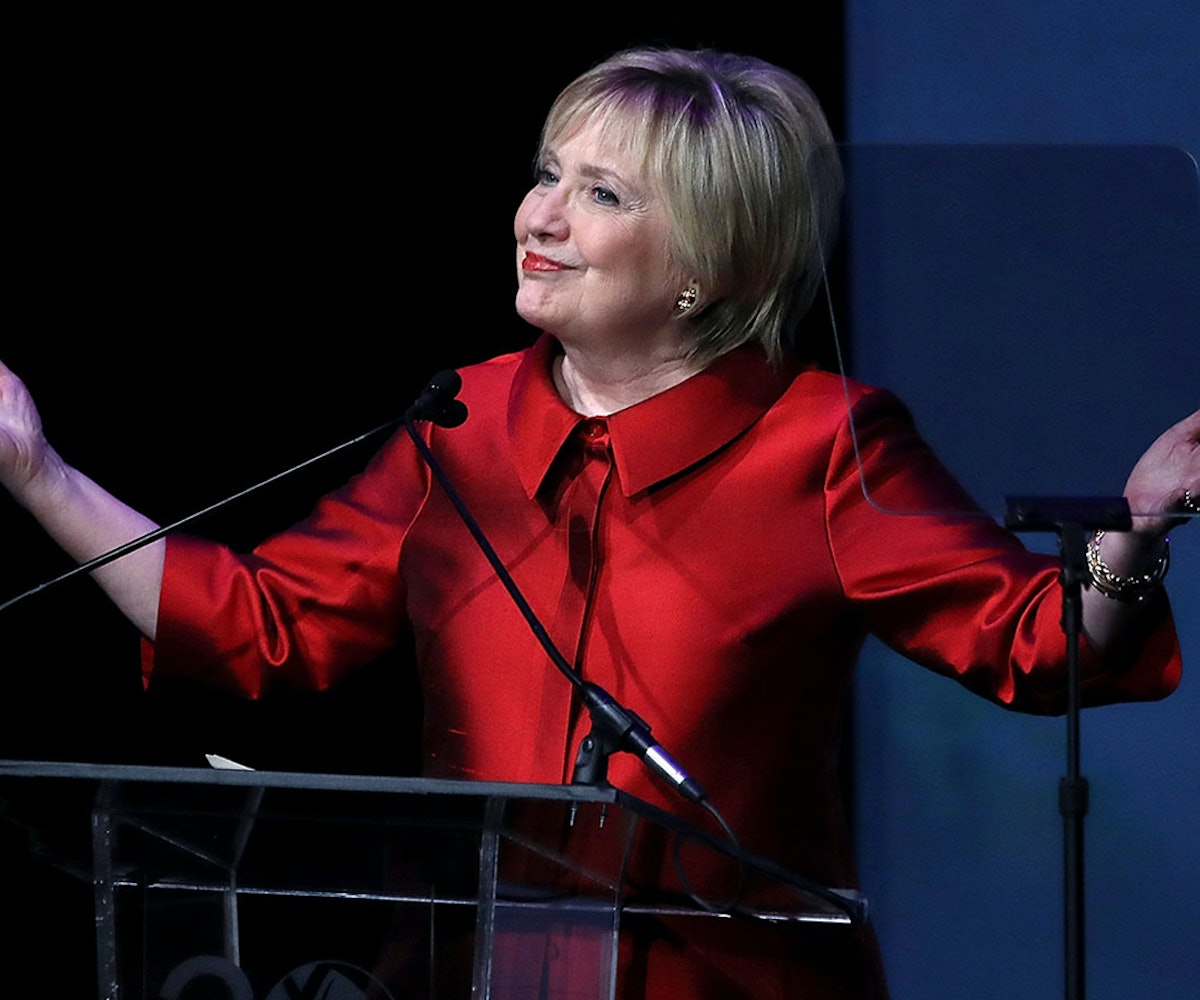 Hillary Clinton is a woman of the world. When we think of all the ladies who deserve a spotlight shone on them on a day like International Women’s Day, she’s top of the list. And she got it yesterday, as she took the stage at the Vital Voices Global Leadership Awards in Washington. There, she delivered a speech addressing all the public activism taking place around the world on March 8.

"These are uncertain, even trying times. But as we all stop to look fear in the face, the result has not only been passion but action," she said to the group of female leaders. “I believe in every woman and girl here tonight, and billions more who are not, along with men and boys who understand and support that we are not asking for anything extra, we are asking for equality. And we will never, ever cease asking, demanding, and achieving it. So let’s move forward.”

Clad in a red ensemble, the designated color of the holiday, she continued, “Let us hope there is a wave of young women running for office in America. And let’s be sure we support them in every way we can. Let’s help them shatter stereotypes and lift each other up.”

Powerful stuff, right? If you’re the internet, though, your focus probably veered away from her message and settled on her new hair. We don’t have much to say on the topic, other than, bangs? For spring? We’ll allow it.