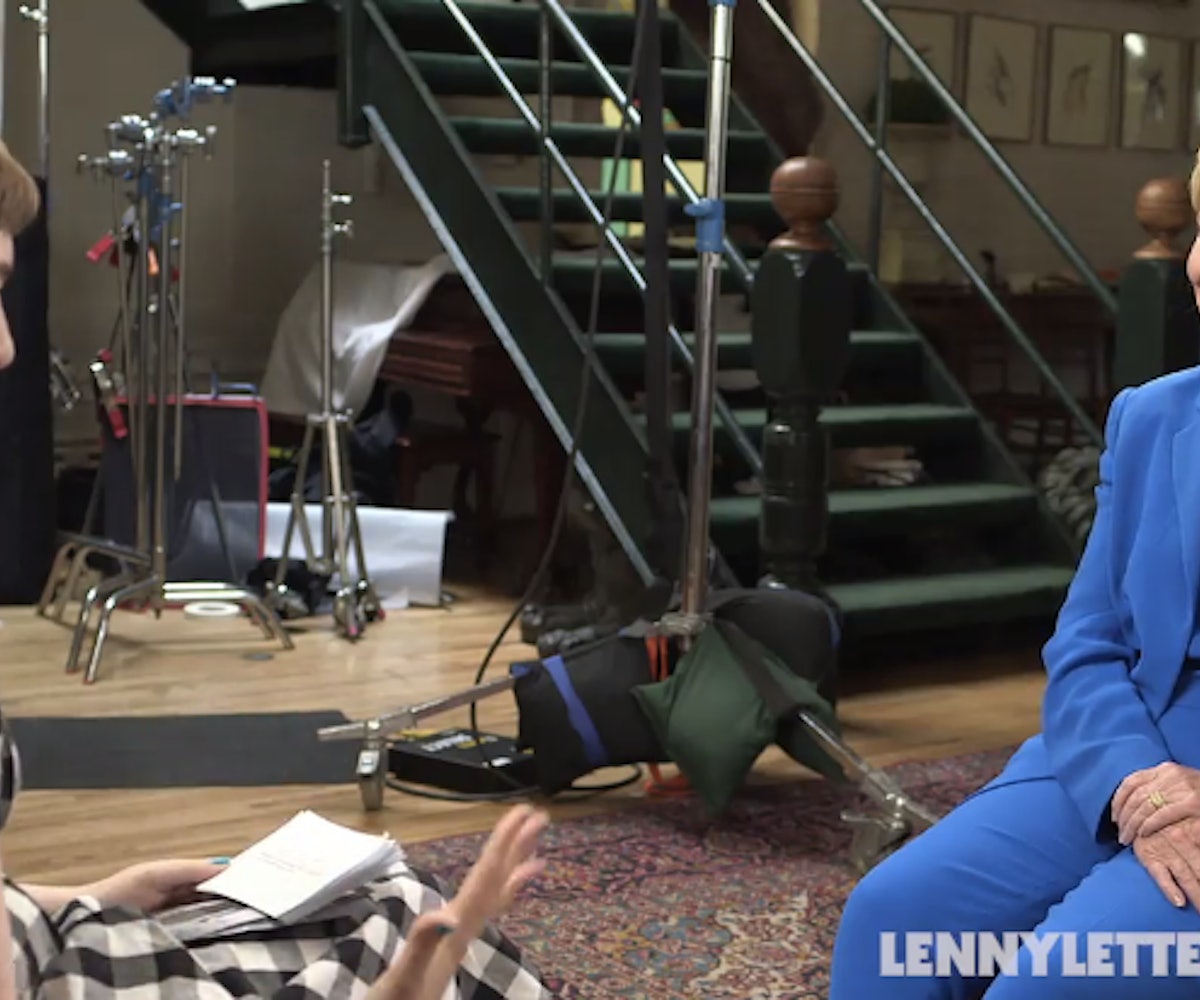 As a presidential candidate, Hillary Clinton addresses our nation’s more important topics—women’s rights, foreign affairs, and education. But she is also human, and so in an interview with Lena Dunham for Lenny Letter, she also spoke about one of the year’s most hyped pop culture talking points: Lenny Kravitz’s penis.

During the interview, Clinton revealed that she’s a bit late to the party, admitting that she has not yet seen the magical footage. “I thought this was going to be an interview with Lenny Kravitz,” Clinton says to Dunham, inevitably prompting the conversation in that direction. “Did you see the footage where his pants split? I mean his…stuff fell out,” Dunham explains, gestures and all, to a pensive-looking Clinton who merely responds, “Do you think I can get that? Yeah I’ll look for that.”

We imagine Clinton wearing a fabulous pantsuit post-interview, furiously typing away in the YouTube search bar.