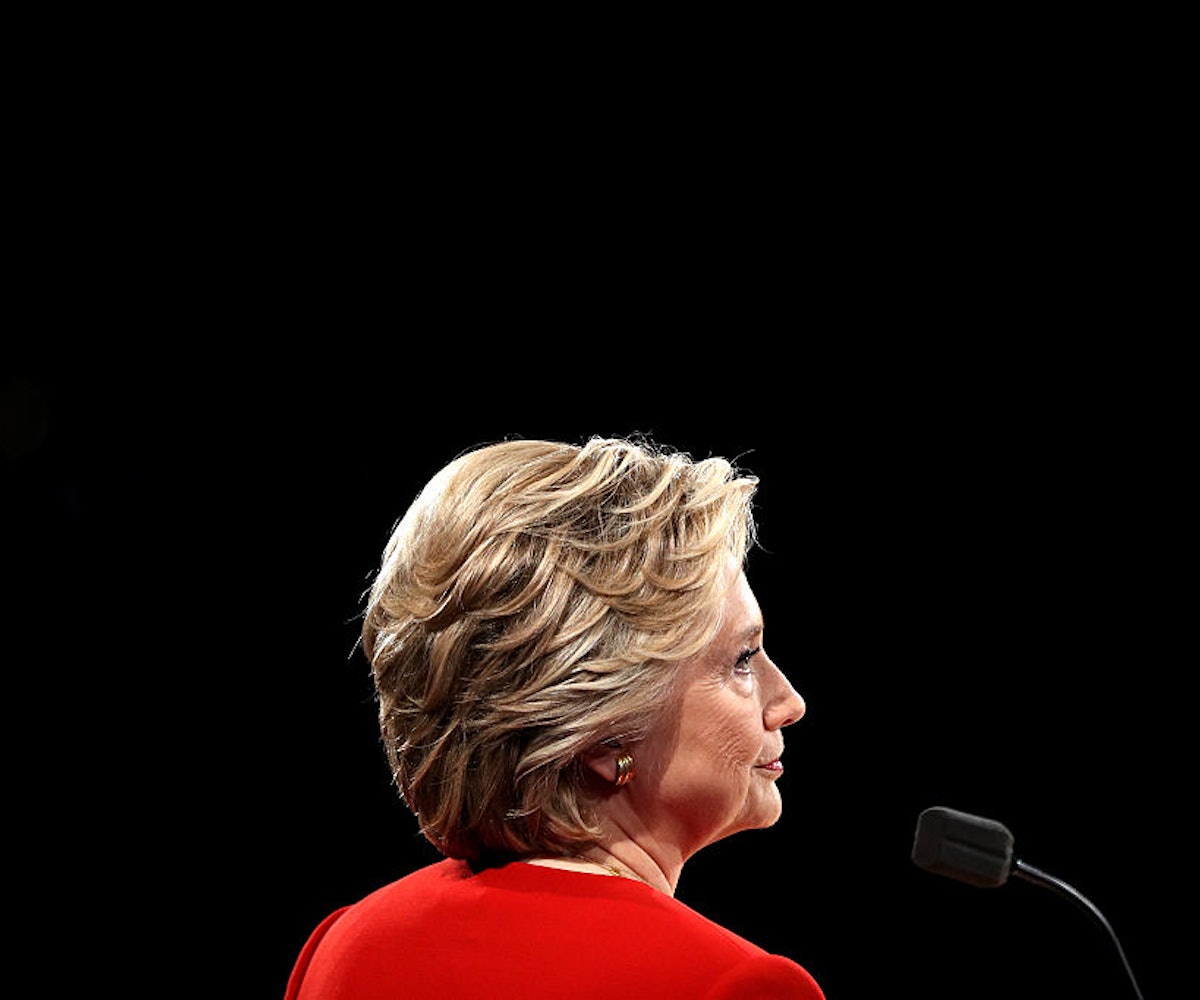 Trump, speaking from his vacation home in Palm Beach, said that the bombing was a response to Syrian leader Bashar al-Assad's recent use of chemical weapons on his own people; it's estimated that at least 100 people died in Assad's attack this past Tuesday, including many children. The American attack last night is reported to have caused at least five deaths, though that number could rise. Russia, which maintains a strong military presence in Syria due to its support for Assad, was warned before the bombing began; as such, there were no Russian casualties. Trump did not seek congressional authorization before commencing the attack.

In the hours since the bombing, many members of the U.S. government have spoken out about the military action. While much of Trump's support comes from predictable and conservative corners (senators John McCain and Lindsey Graham released a statement in which they applauded the attack), Trump was also praised by prominent Democrats, like New York Senator Charles Schumer and California Representative Nancy Pelosi, who said Trump's actions were "proportional" and "the right thing to do."

But, in a strange coincidence, another prominent Democrat spoke of her support for the attacks—hours before they were even approved. That would, of course, be Hillary Clinton, who, in her first big post-election public appearance at the Women in the World conference, said:

Assad has an air force, and that air force is the cause of most of these civilian deaths as we have seen over the years and as we saw again in the last few days... And I really believe that we should have and still should take out his air fields and prevent him from being able to use them to bomb innocent people and drop sarin gas on them.

Her comments were rapidly circulated around social media following Trump's attack later that evening on Assad's airfields, with many people using them as a reminder of Clinton's infamous hawkishness, particularly as it pertains to the Middle East. (She had, after all, voted for the Iraq War in 2003, as if we could forget.) But just as quickly as Clinton began to be dragged, others jumped to her defense, pretty much willfully ignoring the fact that Clinton actively—and, as recently, as yesterday—voiced her approval about bombing Syria in the exact manner Trump did. And so the tweets about how "toxic masculinity" was the reason for this strike abounded, with many wishing for a different reality, one in which Clinton would have never engaged with Assad and his regime in this way.

This type of fantasizing is alluring, sure; it's nice to think that if we were three months into a Clinton presidency that everything in the world would be rosy, Assad never would've used the sarin gas, to begin with, and we'd all just be sitting around talking about all the, uh, emails Clinton was sending to Assad, rather than bombs. But, you know, that's not how things are. And tempting as it is to pretend that Clinton is someone entirely different from who she'd always said she was, the interest in this dreamy alt-reality is also extremely dangerous and is indicative of the ways in which many liberals have been complacent—and complicit—when it comes to the ways in which the Democratic Party has become compromised by self-serving leaders, like Schumer, like Pelosi—and like Clinton. And this has to stop.

I voted for Clinton, and I'm still struggling with the reality of Trump's assumption into the presidency. But supporting Clinton and mourning the rise of Trump in no way means that we should pretend Clinton was perfect, or that she wouldn't have had to be held accountable for the many problematic decisions she made while in office. And while those decisions will now never be made, it remains important to remember how complicated a political figure she was for many liberals; it remains important because many currently powerful Democrats have similarly hawkish views, and they must be held accountable for the decisions that they are currently making, i.e. supporting Trump as he flirts with starting World War III.

The legacy of Clinton's failed presidential run cannot include wiping clean the reality of who she and who other mainstream Democrats are, namely, the kind of career politicians who, even when they've been dismissed and disrespected time and time again by Trump and other Republicans, still do things like attend the Inauguration and contemplate approving Trump's Supreme Court nominee. It's impossible to know what Clinton would have done if she'd been president when Assad used nerve gas on civilians, and it's likely that she would have handled it differently from Trump and, like, would have informed Congress before informing Russia of her plans. And it's also credible to think that, were Clinton president, Planned Parenthood and the National Endowment for the Arts and the U.S. Parks Department wouldn't be on the verge of being fully defunded. Do I wish those things were true? Sure! But it isn't useful to engage in fantasies like this, not when there's so much work to be done in our current reality.

Holding Clinton and other Democrats to the highest of standards is ultimately the only way to defeat Trump and his supporters. The rise of Trump has actually made it easier for Democrats like Schumer and Pelosi to be lazy about adhering to truly progressive agendas, because they know that, compared to Trump and his ilk, they will remain the preferred alternative for liberal voters. And this is why it's up to progressives to hold Schumer and Pelosi and Tim Kaine and Elizabeth Warren and, yes, Clinton (even is she's not in office, she's still a prominent public figure and a de facto leader of the Democratic Party) to those high standards, to flood their offices with phone calls and letters explaining why we don't want to engage in further military actions, why we'd rather support oppressed Syrians by expanding our refugee program instead of abolishing it. Criticizing Clinton and the Democrats is not a tacit endorsement of Trump; it instead is an endorsement for the future of our country, one which might seem dark at present, but which only has even the possibility to brighten if we take off our rose-colored glasses and see things as they really are, and then work to change them to be actually better, not just "better than Trump."